They acquitted the model who ran over and killed a motorbike: ‘I am very sorry for that night’ 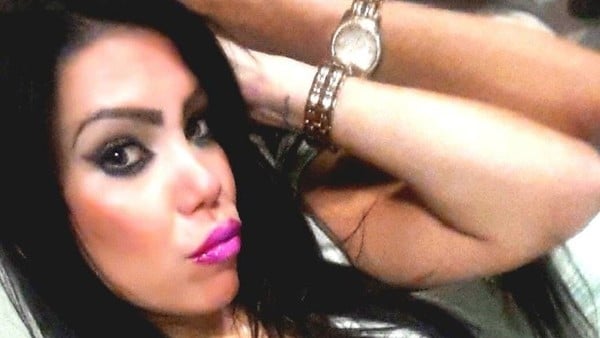 The model Cecilia Noelia Rivas (35), accused of running over and killing a motochorro who had stolen her cell phone, was acquitted in the trial that had her as the main accused of “homicide and serious injuries.”

It was after the prosecutor and the defense attorney agreed on the request, arguing that the death occurred in a context of “legitimate defense”.

On May 20, 2018, Rivas was at the wheel of his Peugeot 207 on his way to a birthday, along with Roxana Susterman (39), his friend. They came out of a parking lot on Avenida Córdoba at 3200, in the heart of the Recoleta neighborhood.

The woman, who defines herself as a model, actress, dancer and pole dance teacher, barely advanced a few meters that a thief lunged through the passenger window and snatched her Iphone brand phone.

The assailant took advantage of the fact that he stopped to put the address in the GPS and managed to reach the device and take it from the glove compartment of the vehicle.

It was Julián Rodríguez Cardozo (24), who raced to the Motomel motorbike driven by Oscar Alejandro Orona (44).

Rivas’s immediate reaction was to speed up and chase the bike for four blocks. He always maintained that he did it with the intention of looking for a City policeman to report what had happened. However, before that he ran into the assailants and rammed the motorcycle from behind.

In this action, as established by the experts, the motorcycle got “hooked” on the vehicle that ended up dragging her about 9 meters.

Finally, the motorcycle hit a Renault Mégane that was parked on Calle San Luis at 3100, and Cardozo and Orona were embedded under both cars.

Roxana Susterman, the model and sexologist who accompanied Rivas at the time of the robbery.

Orona died on the spot. His accomplice was injured with blows to the chest, head and ribs. He recovered from his injuries and agreed in an abbreviated trial to 8 months in prison for the crime of “simple robbery in the degree of attempt”.

“It was not in my head to hurt anyone, that no person ends up dying. I am very sorry for that night, I thought about it and rethought it a thousand times, what would have happened if I acted differently? But unfortunately things happened with the tragic accident that we all already know, “said Cecilia Rivas in her last words, at the hearing that closed the trial.

He spoke directly to Orona’s mother, who also made use of the right granted by the Victims’ Law and asked for justice for her son. “I’m here for my son, because he didn’t do anything to the lady to get him killed for a cell phone,” said the woman, drowning in tears.

Due to the restrictions linked to the pandemic, the trial was carried out virtually through zoom.

“As a mother, I am a single mother, I raised my son alone, I speak to the mother and I want the judge to take into account that I am not a bad person. I want to be calm, that this situation ends, because I It has brought many difficulties. It makes me very bad to remember that night. I panicked, I don’t want to experience something like this again in my life, “Rivas closed.

Gastón Marano, Rivas’s lawyer, said that “after three years of the process, justice has been done.”

Oral Court No. 29 understood that Rivas acted in legitimate defense and was declared innocent due to the anguish of Orona’s family. They also indicated that the grounds for the verdict will be available in five business days.

During two days of hearings, the coroner who performed the autopsy of the fatal victim, the policeman who attended the scene and Roxana Susterman, Rivas’s friend and witness to the event, declared.

First, during the investigation, Rivas had been charged with simple murder, which could have led to a life sentence. With the evidence collected, the prosecutor Carlos Velarde, head of the Criminal and Correctional Prosecutor’s Office No. 42, and Judge Diego Slupski, of the National Criminal and Correctional Court No. 19, raised the case to trial for the serious injuries committed against Cardozo and the homicide for excess of legitimate defense.

“If my brother stole from you, I apologize, because I am a laburante. But if you killed my brother, you have to pay,” Gabriel Orona, brother of the dead thief, had asked, hours after the fact.