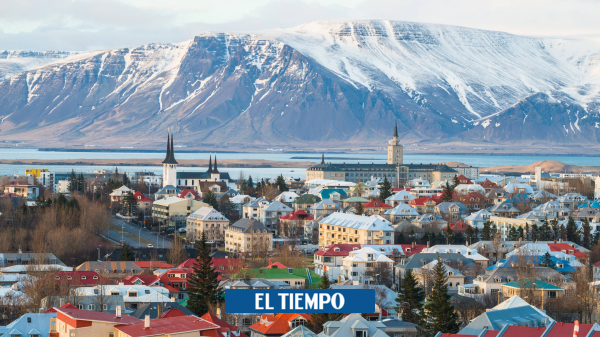 The covid-19 pandemic and the recent conflicts that affect public order in different parts of the world have changed life a lot for thousands of people.

Taking these factors into account, plus the degree of militarization, the Institute for the Economy and Peace annually performs a classification of the safest and most peaceful countries on the planet. The ranking is known as the Global Peace Index.

(Also read: Russia: Putin answers about what can happen in the war on May 9)

According to that report, the global peace of the planet deteriorated by 0.07 percent in 2021 and it is the ninth consecutive year that this index has fallen.

Iceland, the first in the classification

The ranking shows Iceland in first place in the ranking, where it has been since 2008. The reasons for declaring it the safest country on the planet is the lowest incarceration rate in Europe (33 per 100,000 people), in addition to the reduction in military spending and the perception of crime.

New Zealand It is in the second box, thanks to the fact that it is not involved in any international conflict and that the internal situation of the country in this regard is also very good. In addition, it was one of the countries that has had the best handling of the pandemic. However, the increase in the military budget and the import of weapons took points away.

Behind Denmark, third thanks to the low levels of corruption and the tranquility generated by the functioning of its government and the equity in the distribution of resources, is Portugal, which in seven years has risen 14 squares, due to its economic resurgence and good health care. Slovenia, Austria, Switzerland, Ireland, the Czech Republic and Canada, the first country in the Americas in that classification, complete the top ten list.

At the other extreme: the most insecure countries

Precisely, North America is the region in which the greatest deterioration occurred, due to growing social discontent. The United States, for example, is in box 122 and lost one position compared to 2020.

(In other news: Debanhi Escobar faced a group of men, reveal new videos)

Tags: Countries of the worldIcelandNew Zealand

Leclerc keeps an eye on Mercedes: "Never exclude it" | FormulaPassion.it