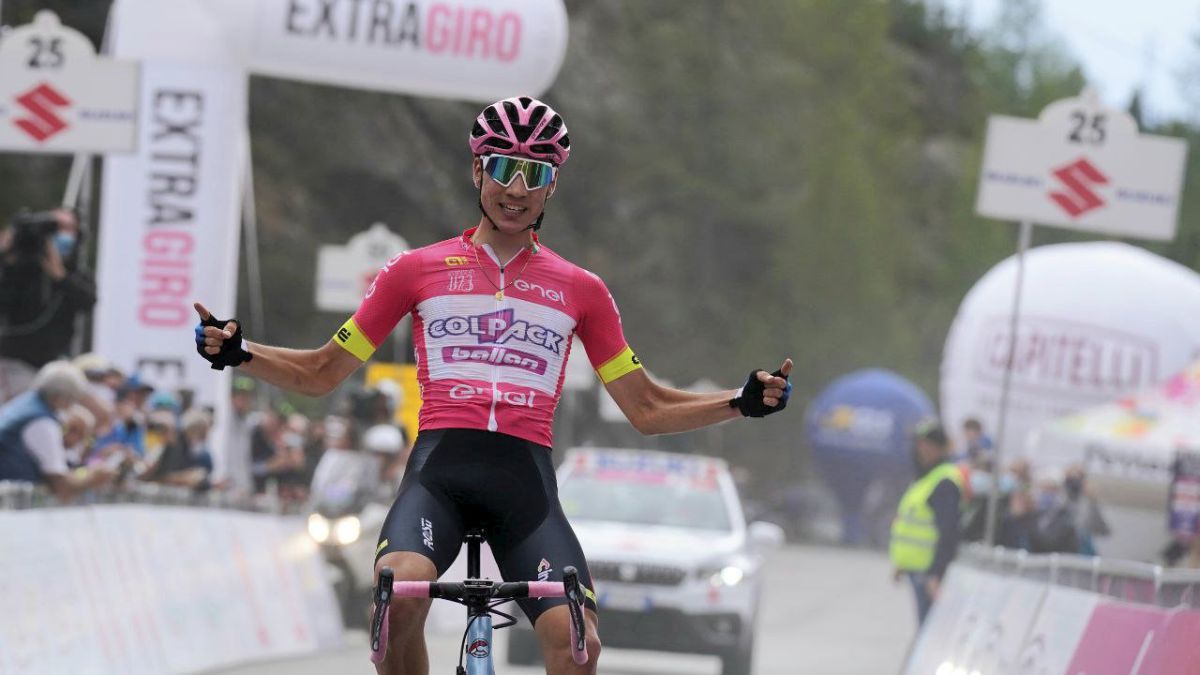 Juan Ayuso won yesterday the queen stage in Lago di Campo Moro and consolidated the pink jersey in the Giro d’Italia Sub-23, formerly known as Baby Giro, Girobio or Girino. His record includes some of the great Italian champions of all time: Pantani, Moser, Battaglin, Simoni, Baronchelli, Di Luca, Casagrande … And other internationals: Ugrumov, Konyshev, Betancur … His last winner was Pidcock, who this season stands out at the Ineos. The cyclist from Jávea is about to integrate that prestigious history, although there is a difference in weight with his illustrious predecessors: Ayuso is 18 years old and competes in the Under-23 category, in some cases against riders five years older. That gap has not daunted him, quite the contrary. He already has eight victories this year, three of them at the Girino. With three days to go, he has an advantage of 2:53 minutes, which could have been even higher if he had not run the time trial with the saddle down “four sizes down” due to a breakdown. Even so, he saved the set with a minimum loss of 32 seconds. A phenomenon.

Ayuso is a marvel. This was detected by Josean Fernández Matxin, a good talent scout, who quickly took the glove and signed him for the UAE Team, where he will make his debut at the end of the current campaign. Before the jump he is running on loan in the Colpack with the well-known performance. Ayuso will share a jersey with Pogacar, another young value already confirmed, current winner of the Tour. A reference. There has never been such a promising Spanish cyclist at his age. If anything, Miguel Morrás, youth world champion, whose career was cut short by a knee injury. Spanish riders used to be of slow maturity, although it is true that current cycling has changed the terms of professionalism and it is no longer so strange to debut at 18 years old. Evenepoel is an example. And Ayuso follows that path.