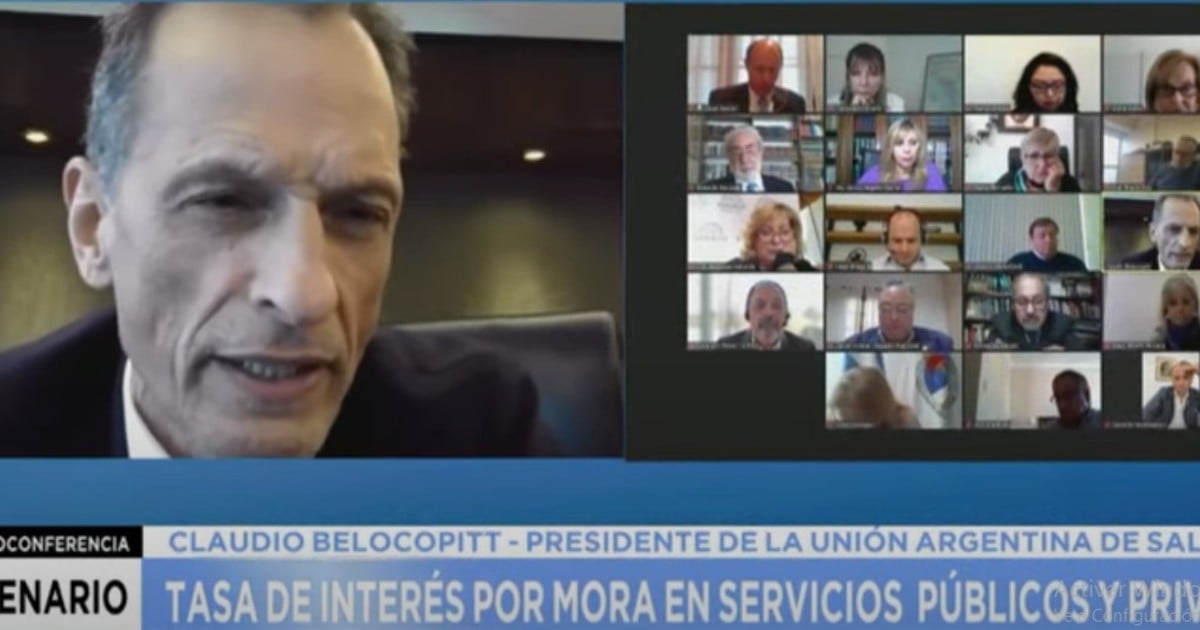 In the midst of the debate in committee on Oscar Parrilli’s project to limit late interest rates on public services, credit cards, private schools and private medicine, the owner of Swiss Medical Claudio Belocopitt starred in a spicy cross with the Christian senator.

The debate began with Belocopitt’s critique of Parrilli’s project. He considered that it can encourage default and that the cost will end up being paid by those who meet the daily payments.

“If we do not incentivize higher rates for people to comply, this increase in delinquencies will grow. And this increase in costs has to be distributed among all users. We will harm those who pay to the detriment of those who do not. And If it were for the ones who can’t, everyone would agree, but speculation, dear friends, exists “, he pointed and exemplified with a measure of the government of the Frente de Todos.

“When you could buy the official $ 200, it sold more on the parallel market.”

The official senator then asked for the floor to respond.

“Between 2016 and 2019 everything was left free and ended in a capital flight of 86,000 million dollars, a debt that all Argentines are paying and were not taken out by users of public services, they were taken out by banks, finance companies, companies that they won phenomenal sums. You can find the detail in the Central Bank report, “he chicaneó.

Belocopitt asked for the floor again to answer him. “As for the debt data, which I think is referring to me personally, we can discuss it wherever you want. I should be proud of an entrepreneur who has created the number of jobs that I have had to create since I’ve been in Argentina, from the dry, from nowhere. More than 14 thousand people, “Belocopitt replied.

And he added: “I do not disbelieve the State. But those who opt for private medicine, vote and choose prepaid health medicine, otherwise they would have it free in the State, because they consider that it does it better, they are better served.”

“I did not make a personal allusion, I do not know what he says, I have nothing against him, I simply mentioned a situation and public objective facts,” Parrilli closed the interdict.

Ukraine has come up with a new way to “stop” Russia

Kabul attack, Biden: “It was ISIS, it will pay for it”