There is never peace for Michoacán 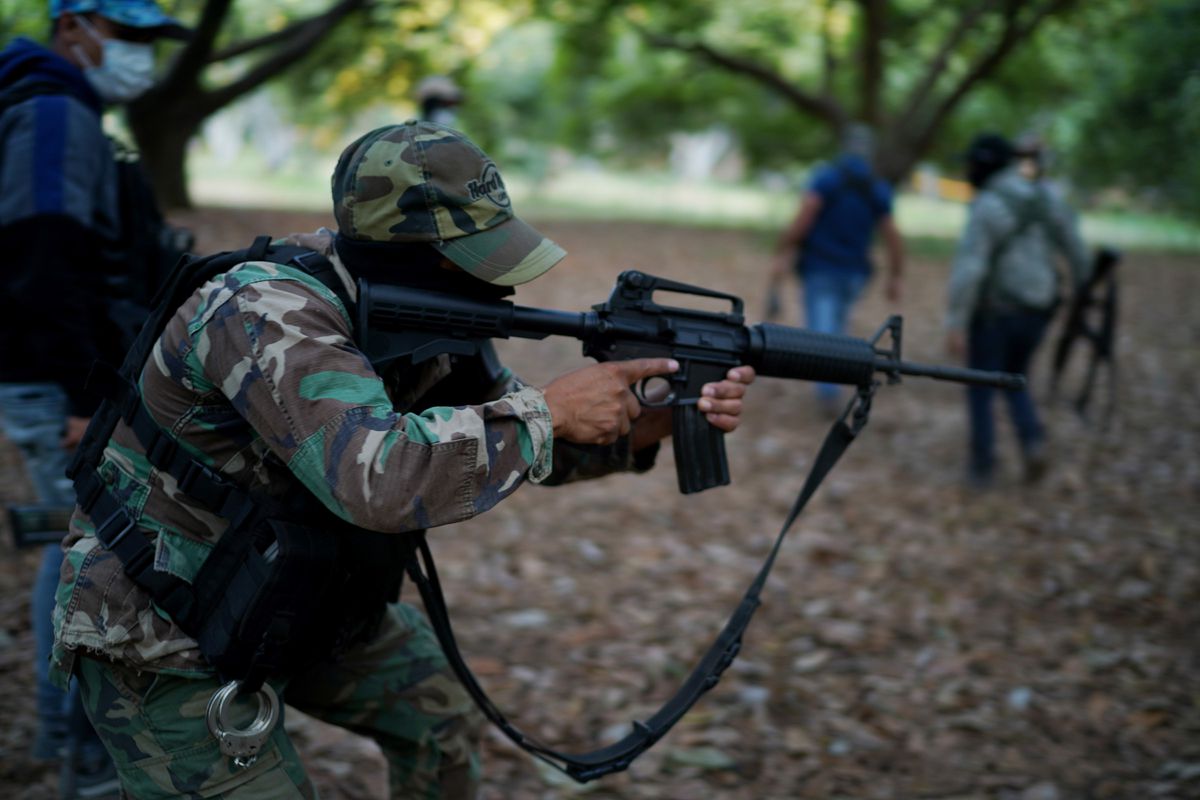 Two months before the elections, the sierra-coast region of Michoacán appears highlighted on the map of violence in Mexico, a network of interests that transcends international drug trafficking and points to the rearrangement of forces in the face of the electoral appointment. In recent months, the red light of the moment, the municipality of Aguililla, the heart of the region, has become the scene of the fight between rival criminal groups, interested in controlling a key area between the coast and the Tierra Caliente region.

Cyclical, devastating, Aguililla’s drama appears and disappears from the news and headlines without its absence implying periods of peace. In December, one of the opposing criminal networks, Carteles Unidos, an imitation of old regional mafias, dug a ditch in the municipality’s main highway, which connects with Apatzingán, one of the nerve centers of Tierra Caliente along with Tepalcatepec or Buenavista Tomatlán. His intention was to prevent the advance of the other criminal network at war, the Jalisco Nueva Generación Cartel (CJNG).

Shootings and roadblocks have been common ever since, leaving people dead in their wake. Last week, the governor, Silvano Aureoles, visited Aguililla and some neighbors protested with banners. They wanted a solution to the blockade and violence. The reaction of the governor, who traveled by helicopter to the town, was to reprimand one of the protesters, a teacher. Then he said that the attacked man was a hawk. On the front page of all the media, the press asked the president, Andrés Manuel López Obrador, the next day about the episode. The president described it as “painful” but said that force will not be used to resolve the situation in the municipality.

The fight in Aguililla, the sierra-coast region in general and the neighboring Tierra Caliente has been going on for a long time and the criminals face each other as well as with the authorities, always under the suspicion of benefiting one or the other. In October 2019, 13 state police were killed in El Aguaje, Aguililla municipality, near Apatzingán. One of the reasons that emerged is that a criminal group executed them because the agents worked for the opposite group.

A little over six years ago, Apatzingán, Tepalcatepec and the rest of the towns of Tierra Caliente fully occupied the federal government, then in the hands of the PRI. Thousands of self-defense groups took up arms against criminal groups, mainly the Knights Templar. The government gave in and in part incorporated them into the state police corporations.

Far from solving the situation, the advent of the self-defense groups implied a new rearrangement, episodes that drag economic and political interests in a State of enormous wealth due to the avocado industry, mining and logging operations, and the Lázaro Cárdenas port complex. Not to mention the illegal economy, many times a hindrance to the legal one – due to extortion and voluntary or involuntary security services – and others, a mere traveling companion. The same port of Lázaro Cárdenas has been identified for years as a gateway for narcotics and chemical precursors.

“Aguililla is a fort. It is a poor municipality, poorly communicated, with very difficult access, without access to the sea and that makes it interesting ”, explains Romain Le Cour, coordinator of the Mexico and Central America Program at Noria Research. “First, because it serves as a sanctuary, because the public forces are not going to look for you. It is like a black hole and in a region where there is a lot of mafia, this is good. If you control Aguililla, you have a hand to control the roads. You should have a place like this, ”he argues.

Le Cour, who has traveled continuously to Michoacán for almost ten years, adds that the sierra-coast region is “the heart of the Michoacan mining industry. Between 2004 and 2017, the proportion of Michoacan territory concessioned to industry went from 6% to 24%. And a good part of that territory is in that area ”.

For the journalist and writer Heriberto Paredes, “there is an intrinsic logic between organized and political violence, local and state.” Paredes takes the example of Juan Hernández, former mayor of the municipality of Aquila, south of Aguililla, near the border with Colima. Arrested in 2015 for alleged links with the Knights Templar, Hernández was assassinated last January on the beach in Maruata. “Hernández was a kind of consultant for all political processes and he was also someone who began to grant permits for logging in bulk … Anyway, I feel that those who intend to consolidate as a strong group of legal and illegal economies and build pacts are clearing the ground. with incoming governments. The same thing always happens, every three years they change municipal presidencies and every six the governor ”.

Michoacán elects governor and local representatives in June. The candidate that Morena had chosen, Raúl Morón, led the polls until the National Electoral Institute (INE) canceled his candidacy for not checking part of his pre-campaign expenses. With his participation in the air, the doubt now points to the security that Michoacanos will have to vote. In Aguililla, free movement to Apatzingán before June would be an important advance.

AfD parliamentary group leader: Gauland had himself vaccinated against Covid-19

House of the Dragon presents its first official images