There are reasons to criticize, not this 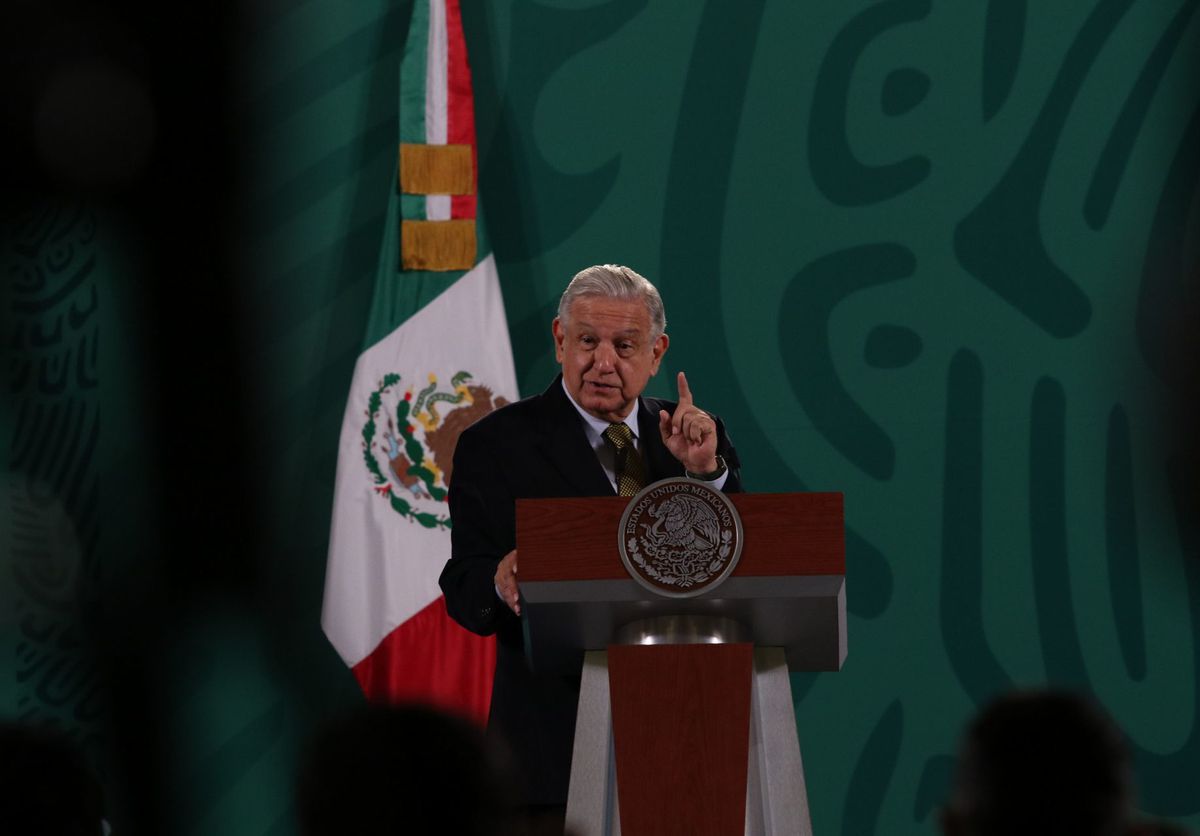 Andrés Manuel López Obrador is not a man to be defined with a forceful adjective; nor is it a figure that can be painted full-length with some schematic brush strokes. Whether it is to praise or revile him, the president of Mexico acts in such contradictory and unique ways that he ends up shattering attempts to box him into an easy label, good or bad.

The controversy over Banco de México clearly illustrates this complex personality. These days the attempts of the National Palace to intervene in the criteria of the Central Bank and extract 12,000 million dollars from the international reserves recently received from the IMF (International Monetary Fund) have been criticized ad nauseam. An initiative labeled authoritarian, because it supposedly threatens the autonomy of an organism that to be effective requires operating outside the will of the Executive. The initiative has been described as an evident example of the destructive desire of a president dedicated to irresponsibly dynamiting the institutional fabric of our country.

However, we have paused very little to analyze the reason why the president wants those 12,000 million dollars: to pay foreign debt to lighten the annual burden of corresponding interest.

López Obrador’s intention contradicts the operation manual of any populist leader, whether from the left or right. For an irresponsible president, there is no better business than to incur debt to increase public spending, use resources to spill money and thus strengthen his social base and ensure the votes at the polls. Especially since the cost is paid by succeeding governments, not yours. Literally, it is equivalent to using a credit card to the limit that will have to be paid by another. It is precisely what governors in Mexico have been doing for decades, leaving the finances of their predecessors on the brink of collapse.

What López Obrador intends to do is the opposite; something that politicians from anywhere on the planet are rarely willing to go through: paying in advance interest and capital that would have to be paid to future governments. Hence how objectionable it is to give the label of populist, without at least having to add a huge asterisk full of nuances. The man who would be a danger to Mexico, at least at this point, would be acting with enormous responsibility for the future of Mexico, something that we could not say about his predecessors.

And it is that in the matter of public finances AMLO was an orthodox conservative that reminds the austere Miguel de la Madrid, a man whose personality would be in the antipodes of the extroverted and rowdy Tabasco. Hence the contradiction. Let us remember that after the international crisis at the end of the eighties caused by the excesses of indebtedness of the developing countries, the IMF imposed spartan formulas to force the countries to tie their belts in terms of public finances. Inspired by the Chicago School, the so-called Washington Consensus was born and its draconian recipes: balance between income and spending, reduction of indebtedness as a percentage of GDP, drastic control of inflation, increase in tax collection on government revenues; stability and solidity in the exchange rate.

The above list would practically describe the criteria with which the president has become obsessed with regard to the public finances of the Government of the 4Q. Something, I insist, very contrary to what could be expected of a supposedly populist and irresponsible president.

Someone could affirm then that, even if the purpose is laudable, the form is authoritarian and arbitrary as it violates the criteria with which the Bank of Mexico operates. But this is also an objectionable argument.

First, because it is among the powers of the Executive to request it; Whether he succeeds or not will be the result of clearly established procedures, which he will have to abide by. Certainly we could have avoided the epithets thrown by the president against the members of the board and we could ask ourselves what is the desire to turn everything into a litigation of a rostrum, when a formal management would have been enough to start it, unless he believes that insults will force members to fold their hands. Something that evidently was counterproductive in the case of the Supreme Court ministers, who ended up opposing their desire to extend the presidency of Arturo Zaldívar in that institution.

Second, AMLO’s claim to request that item from Banco de México from a technical perspective is not unreasonable either; It offers advantages and disadvantages that should be assessed, but it is far from being nonsense. In fact, it is a suggestion offered to the president by the new finance minister, Rogelio Ramírez de la O., a technician with wide international recognition. The 12,000 million dollars is an item delivered by the IMF to our central bank, as part of the agreements to help governments in the task of maintaining the strength of their currency. A robust balance in international reserves is one of the ways to achieve this. The IMF only objects that these resources are used for purposes that cause unsustainable debt or weak governance, something that AMLO’s proposal is obviously not doing.

The technicians who oppose the president’s proposal argue that the optimal level of international reserves, for the size of our economy, would be around 250,000 million dollars, according to world parameters. They are currently at $ 193,000 million and the additional 12,000 million would serve to bring us closer to that optimum. But it is also true that the current level is close to its historical highs and the peso is far from foreseeing the risk of a dramatic collapse. Using them to advance foreign debt would save Mexico around 250 million dollars a year in interest, a benefit that would be extended to subsequent administrations. What has been said, pros and cons.

The truth is that the confrontational way that the president has to pursue his objectives, in the context of tension and political polarization, ended up turning a reasonable proposal, at least to be weighed and valued, into lynching and mutual disqualification. Like many of the things that have to do with Andrés Manuel López Obrador, the form distorted the background.