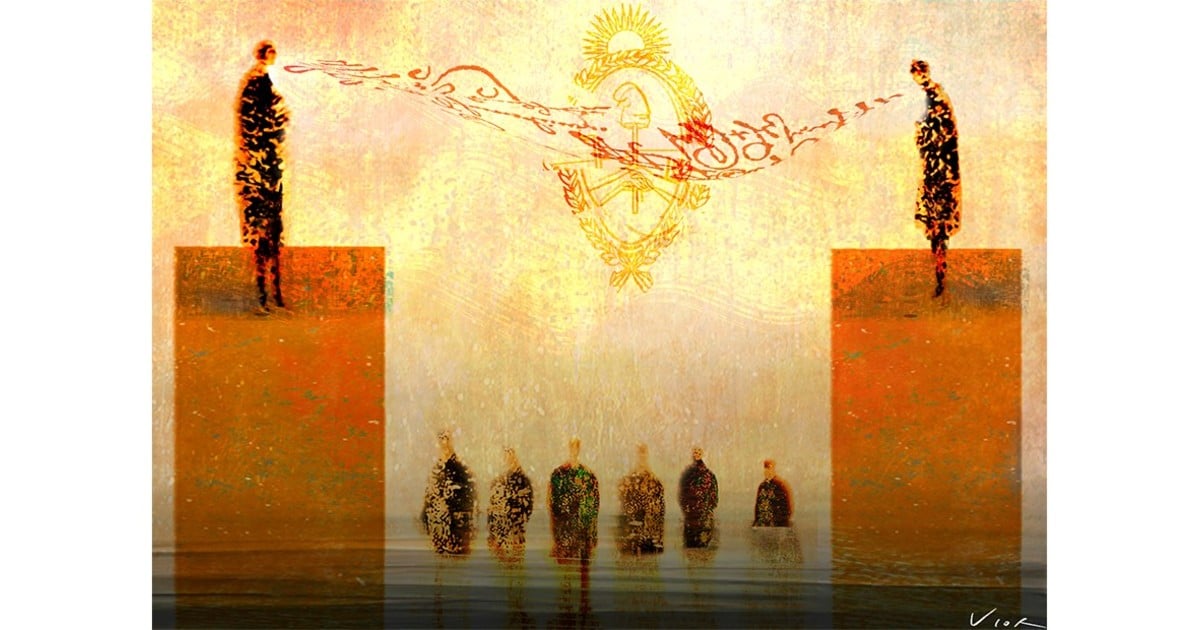 There is a lot of talk about the rift, but among politicians there are no cracks. They are lowered, raised, accommodated, twisted and twisted, bent and straightened, always, of course, with their large, insatiable pockets open.

How to buy food, clothes, shoes, medicine, pay rent or expenses? You can’t live like this anymore. That is the real crack. While there are people who earn more than enough, such as senators, deputies, judges and other privileged people, a large part of the Argentine people experiences needs of all kinds. But nobody talks about that.

Nobody is able to say what is happening in our country. What we eat is produced here. Those who work to produce it earn the bare minimum. When it arrives at the supply stations it is impossible to acquire what is needed. What happens in the middle? Nobody says anything. The laboratories increase their medications every month. Who can buy them? It is a country with enormous possibilities, which has been relegated by the bad governments that there were, are and will be, since they are always the same who blatantly offer “their services.” There are no saviors of the country, we need people who love the people, who work for everyone, not only for their children and grandchildren, only, since no one is superior to anyone, we all have the same rights, even if they want to deny it.

Ask for a single paper ballot for the next elections

Much is said about the need to reduce political spending in these times of crisis and budget constraints.

A good opportunity for this would be that in the next elections this year, citizens could vote with the single paper ballot, due to its many advantages: the reduction in electoral spending, the speeding up of the election and its corresponding scrutiny. On the other hand, theft of ballots, the “chain vote” and the use of adulterated ballots would be avoided. In addition, the environmental impact is reduced due to the less use of paper. In short, lower expenses for the State coffers and greater guarantees of electoral transparency.

The savings would be many millions of pesos that are wasted in printing millions of electoral ballots that will go to waste at the very moment of the closing of the electoral act. It is not understandable to keep an archaic and expensive electoral system unchanged when it is possible to simplify it, generating savings and greater transparency in procedures.

Health personnel who do not respect silence

It’s Tuesday, July 20. It is 3:00 p.m. and different demonstrations of supposed health personnel in front of sanatoriums and private health institutes such as the Institute of Diagnosis, Suizo Argentina, Sanatorio Otamendi and Hospital Alemán, which are near my house, make an infernal noise. For this they use bass drums, drums and thundering pumps that produce a deafening noise and interrupt the rest of hundreds of seriously ill patients who are in intensive care.

Some time ago they removed the important signs that said “Silence hospital”. It is a request that has been respected for a long time and that no one who has to enforce it addresses this issue.

We are going wrong. We must respect the sick and more for those who have to care for them.

Marcelo Tinelli and his team should read the life and diary of Anne Frank. Ana’s photo at La Academia was a slap to the millions of victims who had to go through so many genocides.

Ana did not stay home by choice. Ana lived in strict confinement, which has nothing to do with what we lived in 2020. Ana had to face the virus of anti-Semitism, intolerance, and hatred that is much more dangerous than the Covid-19 virus.

It was in that confinement that he wrote stories and a diary. Ana wrote what she felt, what she thought and what she lived through those two years of imprisonment and Nazi persecution. Writing strengthened her and allowed her to dream.

Ana was a girl full of hope, strong and who loved life. Ana is a hopeful girl. I do want to be like her.

Suggest ways to overcome the VAR on the off side

To avoid controversy regarding the incidence of VAR in plays related to the offside, I suggest some strategies.

In principle it would be necessary for each player to carry a device just like the ball has it today. In addition to a software to handle it.

In this way, in principle, the moment of impact on the ball would be exact and univocal. At that moment the system would detect the exact position of each player’s device.

It shouldn’t be important where you would wear the device on your body. It can be a foot, ankle, or nail. The convention would be for everyone to wear the device in the same place.

In this way it could be the end of discussions since there would be an objective, automatic and verifiable element.

A proposal to reactivate regional economies

The closure of the railroad branches of the interior meant the death of many towns. In this way, with the phrase “Branch that stops, branch that closes”, the government of the day sentenced many towns in the interior to death. Reactivating them would simply mean bringing them back to life.

A town in Catamarca that had four thousand inhabitants today has 400. The young people emigrated to the big cities.

The Western United States developed with the East-West Railroad. We need the railroad to transport our productions to lower costs.