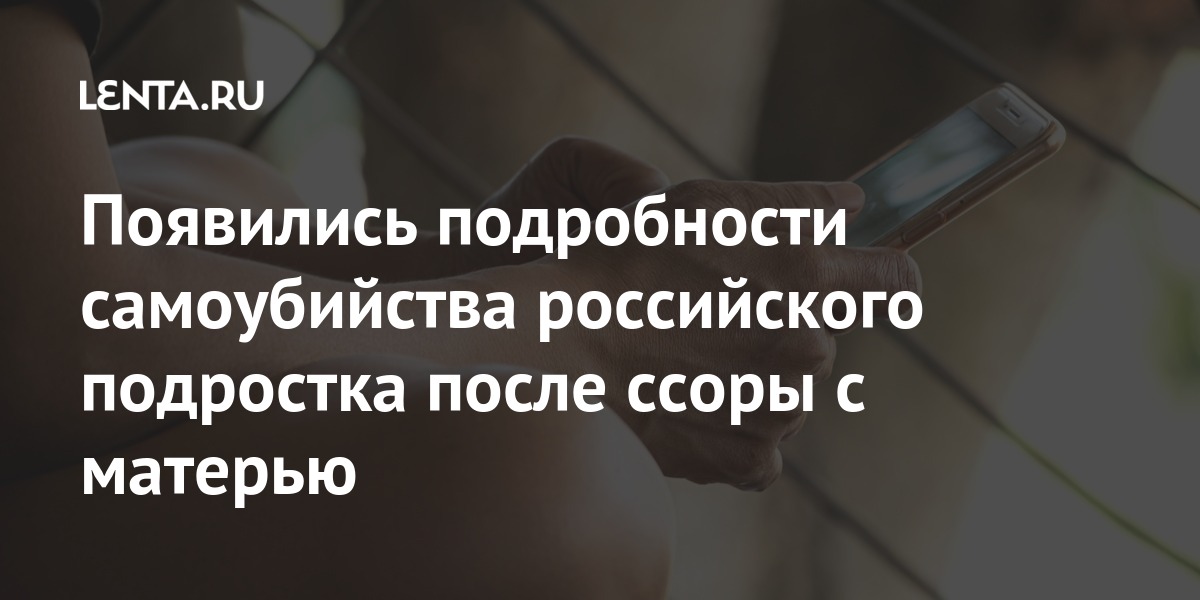 A teenager from Balashikha near Moscow committed suicide after a quarrel with his mother over an expensive purchase in an online game. Such details were disclosed to Komsomolskaya Pravda by a source in law enforcement agencies.

According to him, there have been tensions in the family lately. So, a 13-year-old schoolboy received several twos at school in a quarter, after which his mother took his smartphone from him and gave it out only for lessons – classmates sent homework on social networks.

On the eve of the tragedy, the boy decided to secretly play a game on the phone and at the same time buy weapons and ammunition for the character, but he made a mistake and accidentally made a purchase for six thousand rubles. At the same time, his mother’s bank card was tied to his device.

The next day, the student shared in a correspondence with a friend that his mother pulled the blanket off him in the morning and poured cold water on him. “When I was getting ready for school, she threw out all my textbooks. I started screaming that I was an outcast of the family, ”the publication quotes his message. He described a failed suicide attempt to a friend and committed suicide a few hours later.

Earlier it was reported that law enforcement agencies may open a case under Article 110 of the Criminal Code of the Russian Federation (“Driving to suicide”).

Yahaira Plasencia denies reconciliation with Jefferson Farfán: "Nothing to see"

Coronavirus Noho invests in restaurants until Monday after Labor Day, after Midsummer bars and nightclubs would open