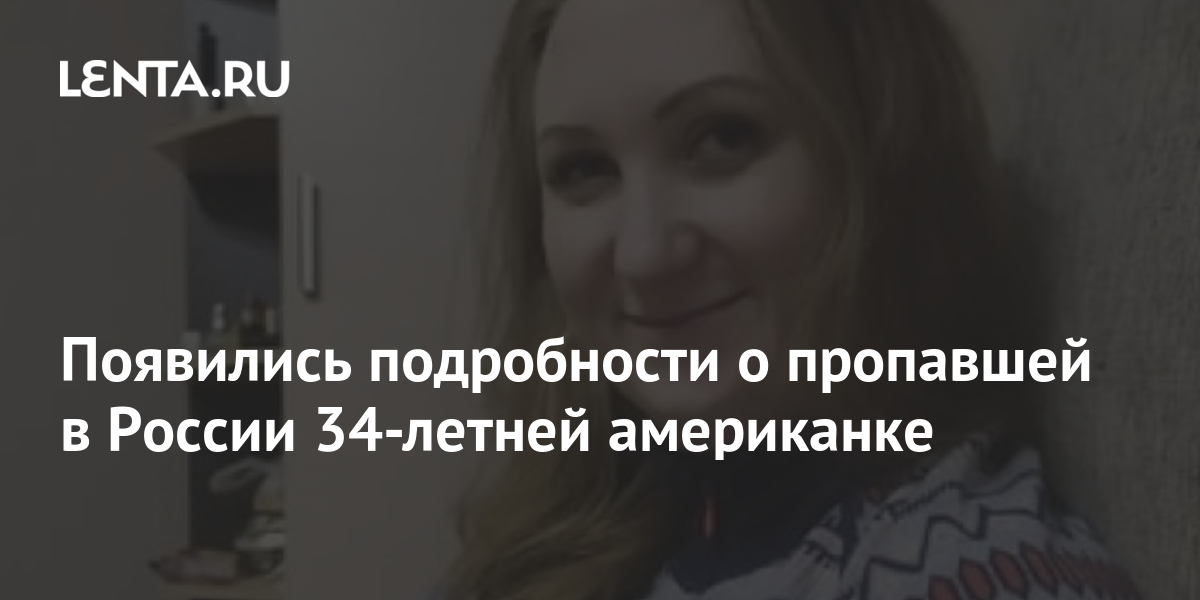 Missing in Nizhny Novgorod, 34-year-old American Sirow Catherine Elaine, who came from California three years ago, previously served in the army as a marine and took part in hostilities. The site of the TV channel “Tsargrad” writes about such details of the woman’s personal life.

Catherine is a lighting designer by training and was fond of painting. In Russia, she studied at the Lobachevsky State University, rented an apartment on Bor. I planned to stay in Russia. She lived on a military pension and sometimes worked as an English tutor.

“Here I wanted to become a lawyer, to help foreign citizens, but after three years of study I realized that Russian laws are very complex, and the system is fundamentally different. I decided to postpone this and switched to philology, ”said a friend of the American woman.

According to him, Catherine did not like to talk about her service in the army, presumably in Afghanistan.

On June 15, the woman wrote to her mother that she was traveling in a car with strangers. The last time the girl’s phone was registered was in the village of Lindo-Pustyn.

Earlier it was reported that the woman stopped communicating on June 15. After the disappearance, the American women opened a criminal case under Article 105 of the Criminal Code (“Murder”). Operatives, investigators and volunteers are working at the place of her disappearance and in the area of ​​her last contact.