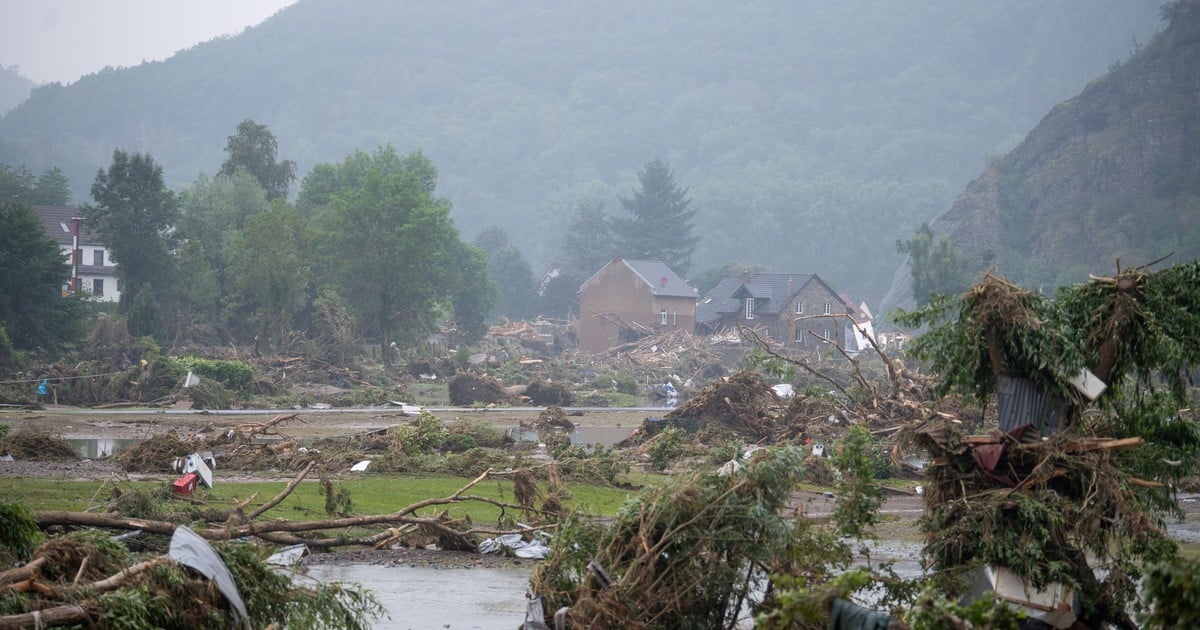 The death toll from the disastrous floods affecting western Europe exceeded this Saturday the 150 people as rescuers work to clean up the devastation and prevent further damage.

Police confirmed more than 90 deaths in the Ahrweiler area of ​​western Germany, one of the worst affected by the tragedy, and it is feared that the death toll could increase.

“According to current information, 90 persons they lost their lives during the disaster “in the Rhineland-Palatinate region, one of the worst affected, police said Saturday.

Other 43 people were pronounced dead in neighboring North Rhine-Westphalia state, the most populous in the country, and 20 people more lost their lives across the border in Belgium.

The waters receded on Saturday in much of the affected regions, but authorities fear that more bodies could be found in cars and trucks washed away.

In the city of Heinberg, near the border with the Netherlands, hundreds of people had to be evacuated after breaking a containment dam, despite efforts to reinforce it.

Rescue efforts continued in other towns in the affected regions, while meteorological services forecast that there will be no more significant rainfall this Saturday. About 100,000 inhabitants are still without electricity supply in some towns or districts.

Rain alert persistsHowever, in other southern regions, especially in the Land of Baden-Württemberg, where civil protection services and fire brigades try to reinforce riverbanks and valleys.

The devastating floods, which began Thursday, surprised residents and some were trapped as rivers overflowed, causing desolation and fear among the people. In addition to Germany and Belgium, Luxembourg, Holland and Switzerland they also suffered significant losses from the storm.

The biggest damage was reported as the tributaries of the Rhine and other major rivers in the region overflowed, which in turn led to landslides.

The President of Germany, Frank-Walter Steinmeier, was scheduled to travel this Saturday to Erftstadt, southwest of Cologne, where on Friday a harrowing rescue operation was carried out to remove people who were trapped when the floor gave way and their homes collapsed.

Meanwhile, Chancellor Angela Merkel, who was surprised by the catastrophe during an official visit to the United States, could advance her return to Germany to visit the affected areas “soon”.

Since Thursday, he has been in close contact with the regional authorities and with his finance ministers, Olaf Scholz, and interior ministers, Horst Seehofer.

Next Wednesday its Council of Ministers is expected to address a special aid package for those affected, according to the weekly Der Spiegel.