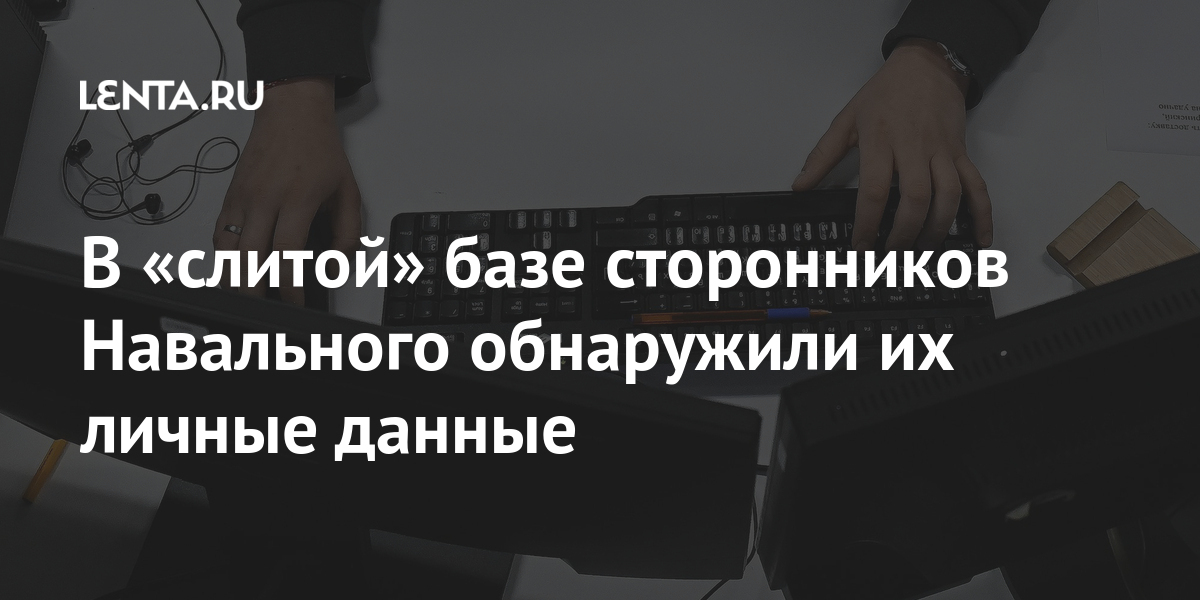 In the “merged” database of citizens who registered for the action in support of Alexei Navalny (founder of the Anti-Corruption Foundation, included by the Ministry of Justice in the register of organizations performing the functions of a foreign agent) discovered their personal data. It is reported by Interfax with reference to the TV channel “Rain”.

The FBK previously claimed that the database contains only e-mail addresses, however, according to the TV channel, on the night of April 19, the registered people received a letter from unknown persons. The addressees were assured that they had been deceived, and their personal data were attached to the letter as evidence. It is specified that one of the Dozhd correspondents also received a message containing, among other things, his date of birth, full name, registration address. “In a few days, your employer will receive a similar letter,” the message said.

Earlier, Navalny’s supporters announced a spring protest, registration for which took place on the event’s website. On April 16, it became known about a leak of a database with users’ email addresses. Leonid Volkov, head of the regional headquarters network of Alexei Navalny, explained that the leak was due to a former FBK employee. After his dismissal, he still had access to mail.

Currently, Alexei Navalny is in correctional colony No. 2 in Pokrov, Vladimir region. In February, the Moscow City Court found it legal to replace his suspended sentence in the Yves Rocher case with a real one. The oppositionist must serve in a colony for 2 years and 6 months.

Policeman killed during operation against drug dealers in France