Theater The hit musical of the South Park creators was supposed to come to Helsinki, now the performance is frozen – Changes are expected in the script accused of racism 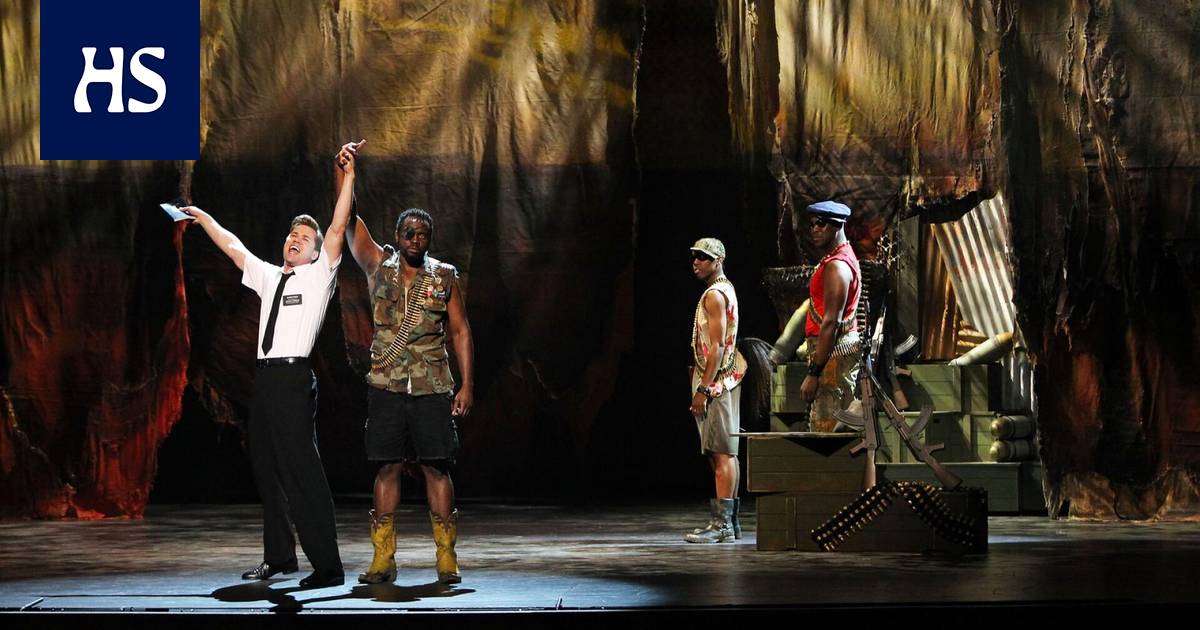 The Helsinki City Theater has already had time to start auditions of the American musical The Book of Mormon. Then came accusations of racism, and now the theater is expecting a green light for the script from the United States.

Theaters are currently promoting their fall software. However, the biggest investments are already being prepared much further.

The Helsinki City Theater said that it would bring it at the beginning of the year The Book of Mormon hit musical premiere a year from now, in the fall of 2022. The theater was originally scheduled to begin preparations for the musical last spring with auditions.

It is currently unclear when the performance will be seen in Finland at all. In any case, the original Helsinki premiere, scheduled for autumn 2022, will be postponed.

The reason for the delay this time is not in the coronavirus pandemic, but in the fact that last spring the act was accused of racism in the United States.

The Book of Mormon tells of two young men from the Mormon Church who are leaving for Uganda as missionaries.

The city theater’s version of the work, if realized, is a significant event in Finnish theater, as American musicals have been a huge hit in the world. In the United States, it has been one of the most popular theatrical performances on Broadway. The satirical comedy has won a total of nine Tony Awards, including the Best Musical Award.

Premiere The Book of Mormon received in 2011, after which it has been performed in several different countries and theaters.

The Book of Mormon have written Trey Parker, Matt Stone and Robert Lopez. Parker and Stone are known for their musical in addition to being popular South Park as the creators of the TV series.

In mid-June it was reported that the musical comedy performances will continue in November with possible changes, says Deadline. It is not yet known what changes will be made to the work, or whether there will be any at all.

The screenwriters of the work will begin musical rehearsals with actors in the United States in the fall. According to Deadline, the authors have promised to discuss and possibly file parts of the work.

Broadway performances have been on hiatus for a long time due to the coronavirus epidemic. In September theaters are set to open in New York with new security measures.

Theater workers are required to have full vaccine protection against the coronavirus as well as weekly testing.

Theater director Kari Arffman says that auditions at the Helsinki City Theater were launched in the early spring, but there was no time to perform the roles.

“We weren’t anywhere near the finish line, but it’s definitely disappointing if something progg doesn’t come up. Especially in these times when there are no jobs for freelancers anyway, ”Arffman says on the phone.

Iltalehti covered the topic earlier in the summer, when the experimental performances were suspended.

Arffman says that The Book of Mormon the schedule of performances will be decided when the City Theater receives information from Broadway about possible changes. He considers the debate on racism important.

“We want to be involved. We made a conscious decision to freeze, ”Arffman says.

“The tip of the work needs to be bright enough and hit the right finish today.”

According to Arffman, stopping production was also a practical precaution. The city theater could have run into problems if production had begun and major changes had taken place in the work.

As this is a Broadway original work, the performance is bound by strict copyright considerations. Thus, the city theater cannot make even small edits to the work independently. The Finnish translations of the replicas must also be accepted.

The theater is currently awaiting the latest script.

“One has to look at where the social debate around the work is going.”

Discourse the book’s racist meet to depict Ugandan characters got off to a good start after the Black Lives Matter protests. The Book of Mormonia was accused of racist filming, however, already in some of the first reviews of the work in 2011.

The work is satire, and deals with everything in a vulgar stereotypical tone, rudely and blatantly. Nothing is safe. “In describing Africans, however, obscenity goes to extremes,” a Los Angeles Times critic will evaluate the presentation in February 2020.

In the musical is, among other things, a scene of making humor with the execution of Ugandan villagers. A joke is also twisted about AIDS and pedophilia: a local superstitious man seeks sex with a “cleansing virgin,” even an infant.

Kari Arffman recalls that the authors feared at the time of the musical premiere, mainly whether the work mocks Mormons, which are described as stupid and simple.

“There was a debate where there was no concern about whether it would offend Ugandans but Mormons.”

Because the work is satire, it has “its own dangers,” Arffman says.

“I personally read it so that the tip is satirical in that the Westerner, in his great wisdom, takes a religion or other‘ ingenious culture ’and rolls by it by any means. I hadn’t thought there was a possibility of racism. ”

Arffman says, however, that no matter how he reads the work himself, the general public needs to be aware of what “the authors of the original work think it is”. While stereotypical generalization and ridicule are part of satire and not everyone can ever be pleased, racism is a different matter.

Society is changing and so is the way books are read. Ultimately, the viewer makes a decision about what the performance says and what emotions it evokes. That’s why different voices need to be heard, according to Arffman.

“It’s good to have discussions, but that doesn’t mean they won’t produce inconvenience. But awkward things are not bad things. They are cumbersome because they have to be dealt with. ”

Arffmanista it feels weird to talk though The Book of Mormon when the future of even more topical performances is at stake.

Last week more than a hundred actors in the theater industry signed the statement, which requires the removal of two – meter safety clearances in theater auditoriums and other public events when each participant is assigned a separate seat.

A similar safety margin is not required in other areas of society either, but health safety can be ensured by other means.

The theater industry makes an estimated loss of 1.5 million euros every week. Currently, only 10-20% of the full audience capacity can be admitted to the auditorium, but the costs will remain the same as if the work had been performed in the auditorium.