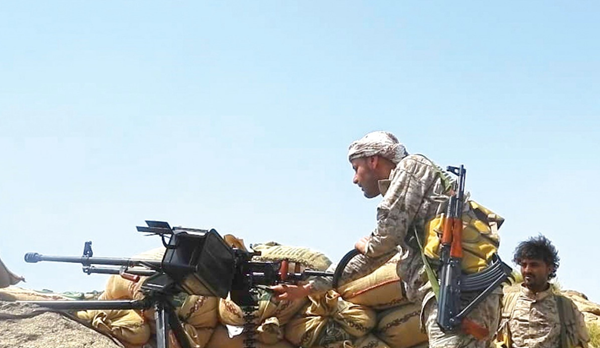 The Yemeni army announced the control of new sites in Taiz Governorate, southwest of Yemen, following battles against the Iranian-backed terrorist Houthi militia.
The official Yemeni news agency “Saba” stated that the Yemeni army forces were able to regain the hill of al-Sheki and the village of Zubaida after an army attack, at dawn yesterday, on sites where Houthi militias are stationed in the directorate located in the western countryside of Taiz.
On the other hand, the media center for the Taiz axis stated that the confrontations resulted in the killing of 35 terrorist Houthi militias and the destruction of a BMP vehicle belonging to them.

Biden is "reversing his decision" on refugees

Would the Oscars have been saved if they had had a presenter?