The Wrestling and Judo Federation cancels the “Ramadan of Sharjah” 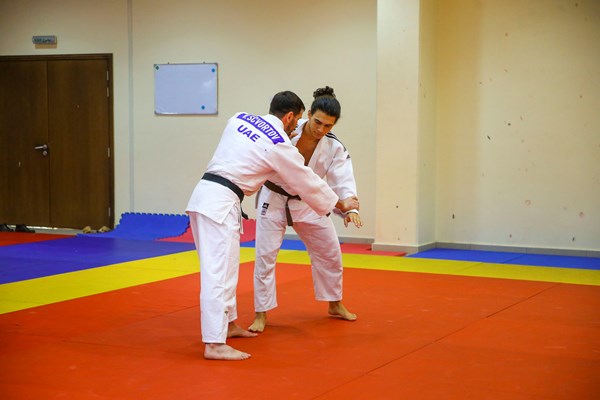 Abu Dhabi (Al Ittihad)
The Board of Directors of the Wrestling and Judo Federation headed by Muhammad bin Thaaloub Al-Deri, after consulting with the Sharjah Club and the higher authorities, decided to cancel the Ramadan Judo Championship, which was scheduled to be held April 23 this year at the Sports Club Hall in Sharjah, within the framework of the existing cooperation between the Federation and the management of Sharjah Sports Club for individual games. The decision to cancel came after studying the health situation in consultation with the highest health authorities due to the Corona pandemic, which caused disruption of activity in many countries of the world, including the UAE, which succeeded in implementing the Covid 19 Protocol, a translation of the directives of the country’s highest health authorities, and harnessed all safety capabilities thanks to The measures taken in the country to confront the pandemic since March 2020. Muhammad bin Thaaloub Al-Deri said: We hope that the precautionary measures will continue, with training programs put in place during the nights of the holy month in order to maintain physical fitness, in a way that benefits athletes in their lives in terms of health and physical, with an emphasis on spacing Physical.

Formula 1 | Will Valtteri Bottas make use of the triple suction aid? HS is watching the Barcelona F1 race starting at 4 pm moment by moment

On the eve of the Climate Summit, IKEA donates one billion euros