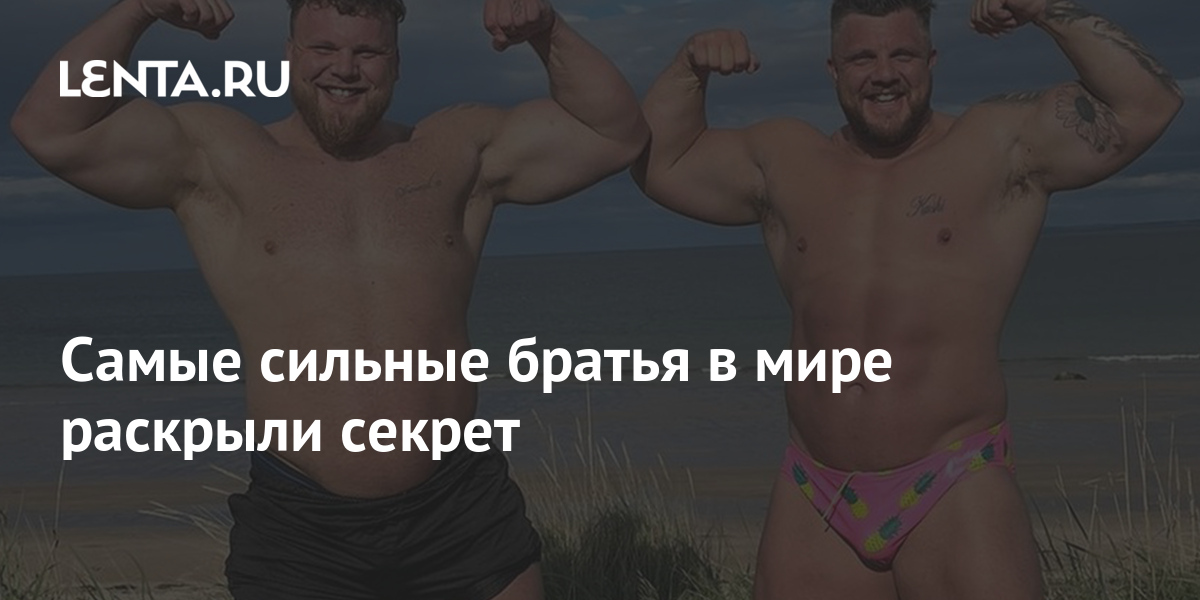 The world’s strongest brothers Tom and Luke Stoltman from the Scottish city of Invergordon talked about exercise and the nutrition system with which they maintain the desired physical shape. The athletes revealed the secrets of their training in the material LADbible…

Luke, 36, is a five-time winner of the Scotland’s Strongest Man competition, while his 27-year-old brother Tom holds the World’s Strongest Man 2021 title. According to the men, at the beginning of their athletic career, they did not have training equipment, so they improvised with exercises in the fresh air. The brothers are sure that it was the need to invent training on their own that helped them achieve impressive results in sports.

For the sake of fame, the Ukrainian turned his son into a bodybuilder, but something went wrong

“We mainly looked for equipment in the forest or made it ourselves. I think that it motivates and adds drive – even in order to recover from training, we had to drive two to three hours to the nearest physiotherapist, “commented Tom.

Today the brothers have more professional equipment, but they continue to put in a lot of effort to keep themselves in good shape. So, Tom trains five days a week: he works with free weights, practices high-intensity interval training, and also performs special exercises for strong men.

On Monday, a man does a deadlift with a barbell. On Tuesday, all classes are aimed at working out the core, for example, Tom does the bench press. He devotes Wednesday to high-intensity interval training and recovery: physical therapy and walking. On Thursdays, the Scotsman does exercises on the muscles of the legs, and on Fridays he periodically participates in competitions.

Earlier it was reported that 47-year-old bodybuilder Chris Gethin, who looks twice his own age, revealed the secret of his youthful appearance. He is convinced that the main secret of his youth is that he considers himself 25 years old.