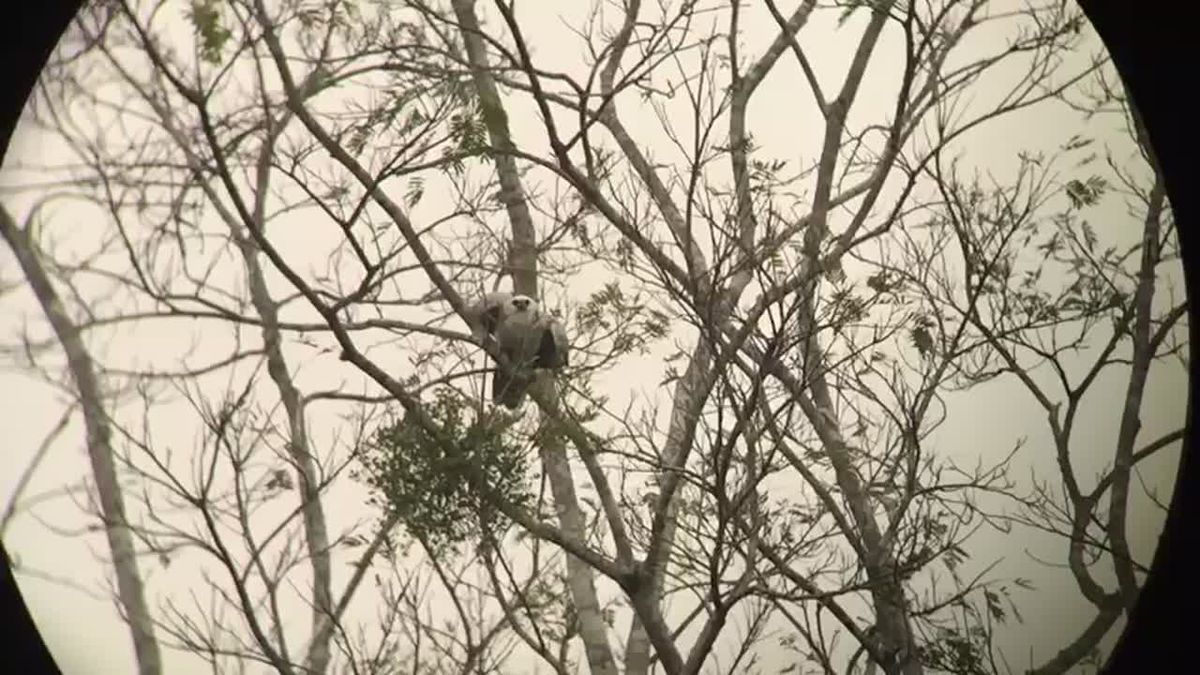 The largest eagles in the world are in danger. Deforestation in the Brazilian Amazon has meant that harpy eagles, which can weigh more than seven kilos and measure up to 100 centimeters in length and 200 in wingspan (the distance between the ends of the wings), do not have enough prey to stay healthy and to feed their young, as revealed by a new investigation published this Wednesday in Nature.

Everton miranda, a professor at the School of Life Sciences at the University of KwaZulu-Natal in South Africa and the first author of the work, says that when the deforestation of the habitat of these birds exceeds 50%, the harriers begin to starve. “During the study we saw harpy eagle chicks that only received food every 15 days for months before dying,” says Miranda.

Harpy eagles, the main aerial predator in the Amazon, feed exclusively on mammals that live in the treetops, especially two-toed sloths, brown capuchin monkeys and gray woolly monkeys. “With the cutting and burning of the tropical forests of the Mato Grosso region in Brazil these prey leave and the eagles cannot find what to eat or how to feed their young ”, says the researcher.

Biologists around the world know for a fact that apex predators, which are at the beginning of the food chain and have no other predators, are seriously threatened and that their local extinctions are often due to failure to acquire prey. However, until now no study has examined the impact of forest loss on the food ecology of these large birds.

Miranda and his colleagues monitored 16 active harpy eagle nests with camera traps in the midst of landscapes in the Brazilian Amazon that had experienced 0 to 85% forest loss. They found that despite the reduction in potential prey, these eagles were unable to change their diet and continued to search unsuccessfully for the same mammals that previously lived in the treetops.

In 2020 alone, the Brazilian Amazon lost 11,088 square kilometers of trees, according to the annual balance released by the authorities, an increase of 9.5% over the previous year. Carlos Peres, professor at the Faculty of Environmental Sciences at the University of East Anglia, in England, and co-author of the work, explains that the conclusions of the study show that these eagles require a high-quality forest habitat to reproduce. “The total area of ​​the forest around the active nests must be large enough,” explains Peres.

The study also showed that alternative prey in deforested areas are not suitable for feeding harriers. “Areas with more than 50% deforestation are not suitable for harpy eagles to successfully raise offspring,” read the study’s conclusions. The authors estimate that since 1985 deforestation may have caused a substantial decrease in the number of breeding pairs, approximately 3,256.

Peres says that harpy eagles are highly threatened and the least known of all the great eagles on Earth. “Deforestation in its Amazon bastion is destroying much of the habitat within its geographic range. As conservation biologists, these become urgent topics to investigate, ”says the Brazilian researcher. In addition to deforestation, Peres affirms that another threat to these birds is indiscriminate hunting. “I have worked for a long time in the north of Mato Grosso and I know that farmers have killed many harpies over the years.”

The two scientists, who have been studying the effects of deforestation on biodiversity in the Amazon for decades, agree that the primates and sloths that still live in the forests are too few to meet the harpy eagle’s food demands: “Each adult consumes 800 grams of meat per day, ”says Miranda. And he adds: “Feeding rates dropped substantially with the loss of forests, and we saw three poorly fed individuals starve to death.”

Miranda and Peres explain that in the state of Mato Grosso deforestation reaches 35% of the 428,800 km2 of forest that existed before the arrival of man. “It is a very high percentage if we consider that it was only colonized 45 years ago,” says Miranda. In just five decades, the habitat of this species was reduced by more than a third.

Another of the findings of the work showed that in the parts of the forest where deforestation exceeded 70% the eagles could not even make nests. The authors conclude that since breeding harpy eagles depend on specific foods and rarely hunt in deforested areas, their survival depends on forest conservation.

In this sense, the researchers propose a decisive action for forest conservation. It is essential to stop logging and thus try to preserve the connectivity of the forest that still exists, move the young eagles to habitats with more trees and provide food supplements to the baby harriers. “The immediate strategies are the controlled and responsible supply of complementary food to the harriers in nests in sites with more than 50% loss of forest,” says Miranda and concludes: “It is urgent and necessary that the government adequately repress illegal deforestation” .