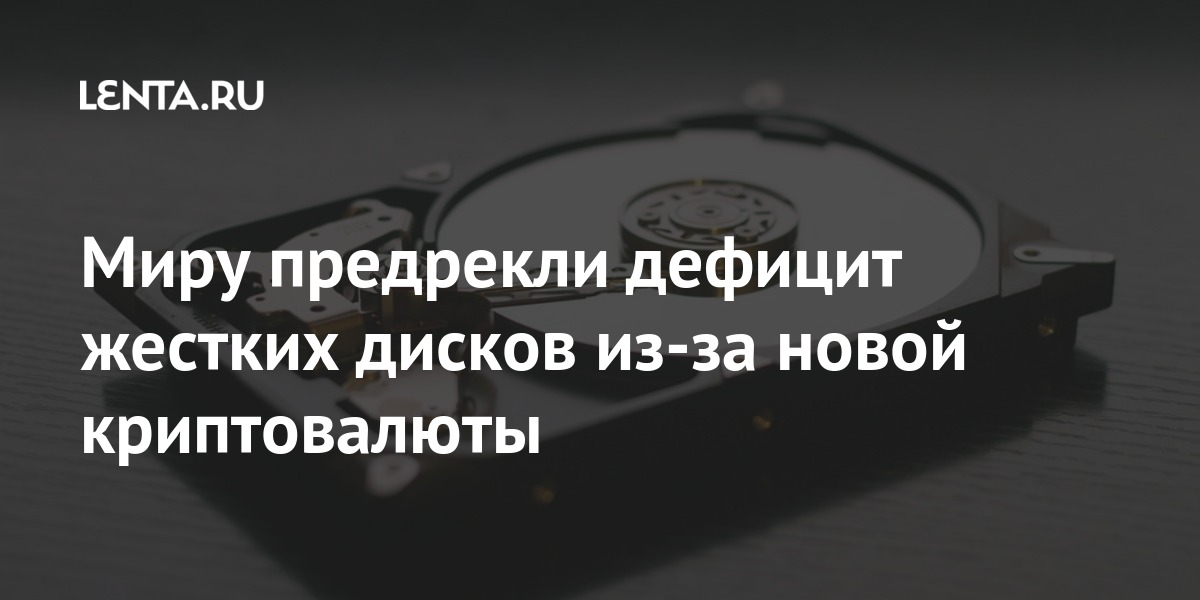 The growing popularity of the new cryptocurrency ChiaCoin could lead to a shortage of hard drives around the world, analysts predicted. The portal Wccftech writes about it.

According to him, users in China have begun to massively buy hard drives and SDD drives; drives with a volume of 4 to 18 terabytes are especially popular. So far, ChiaCoin, created by BitTorrent founder Bram Cohen, cannot be traded in the country, but miners have already started purchasing devices for the future. Given the concentration of production in China, the shortage of storage devices will first affect the domestic market and then spill over to the external one.

Earlier it was reported that due to the production of bitcoins, Beijing’s plans to reduce harmful emissions into the atmosphere were threatened. China accounts for 75 percent of the world’s mining. At the same time, last year, Chinese President Xi Jinping said that the country is aimed at reaching a peak in carbon dioxide emissions by 2030 and reaching carbon neutrality by 2060. But uncontrolled mining can thwart these plans.

An event in the basketball courts .. Al-Ahly youth stole “Al-Nasr” in 50 seconds