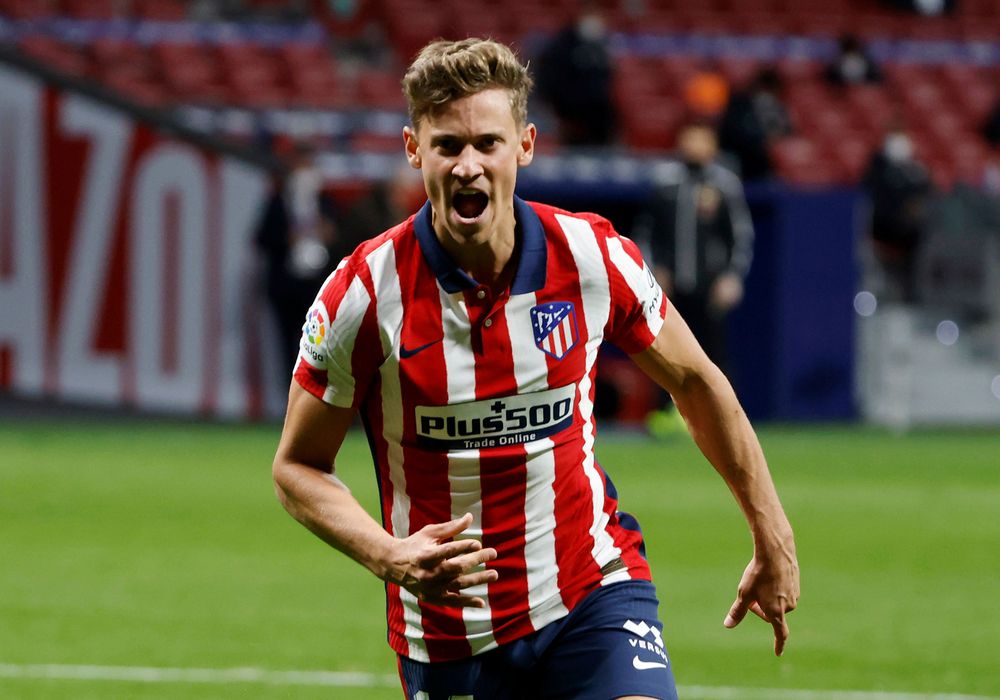 The pandemic has plunged soccer into a strange universe, but it has also confirmed its mysterious designs. In the summer of 2019, when the market’s inflationary curve was skyrocketing, Barça acquired Griezmann for 120 million, the same figure that Atlético de Madrid deposited for the signing of the young João Félix. One footballer was more than contrasted, the other was among the best European projects. The market is in the bones and, for different reasons, neither of them has reached the expected levels. What would be said now of Llorente’s transfer to Atlético for 30 million?

If football likes to hide its cards from time to time, it kept Llorente’s cards deep in the deck. At the time of his signing, he missed Atlético’s huge bet on a player who had tiptoed past Real Madrid, the club that educated him for years, before his brief and convincing stint at Alavés. Either the commercial football circuit had gone crazy, or Atlético had seen things in Llorente that had not emerged in Madrid.

He was never just any player. Assigned to the formidable Llorente-Grosso saga, with sonorous terminals in the history of Spanish sport, Llorente bore the double weight of his illustrious origin and of the expectations that he aroused in the young categories of Real Madrid. It was also a classified project: either half a center or nothing.

The official version was simple: a dynamic, defensive midfielder, a likely candidate for Casemiro’s succession. If a club knew his characteristics by heart, it was none other than Real Madrid, which persisted in Llorente’s profile. In Spain, not a single voice was heard contrary to that idea.

Relegated to a third plane in the 2018-19 season, the doubts about Llorente were as thick as the money that Atlético paid for his signing. It is possible that someone at Atlético noticed conditions in Llorente that had gone unnoticed until then, but no one commented on it. Simeone put him in the position where everyone assumed he should play. It did not work.

Llorente was not installed as a starter, nor as an automatic substitute. His minutes declined so much that failure was thought. Those 30 million were interpreted as a waste. Llorente, who is a disciplined footballer, of impeccable professionalism, did not go to the press to complain. Nor was he asked about his own perception as a footballer. It was taken for sure that he thought the same as the rest: he was born to play midfielder and no one was going to change his mind.

An unforeseen player has emerged from the terrible pandemic that is very cheap for Atlético de Madrid. Even in this time of hardship, 30 million are a gift for a footballer who changed the sign of his career a year ago, that memorable March 10 at Anfield, where the last open-door match of the European Cup was played.

Liverpool’s siege did not bode well for Atlético in extra time, a moment that Simeone took the opportunity to order Llorente’s entry into the game. “A player enters here to support a fort in poor condition,” was the general comment. Half an hour later, forward Llorente led Atlético to victory. At the age of 25, he changed all opinions about his nature as a player at a stroke.

The world was wrong with Llorente. It was not a flower of a day at Anfield. On the contrary, the midfielder – he has rarely been seen in that location since then – is a bicoca as an overwhelming forward and an inexhaustible source of energy for Atlético and presumably for the national team.

He is 14 years old, he took the car, ran over and killed: are the parents criminally responsible?