The world condemns the assassination of Haitian President Jovenel Moïse 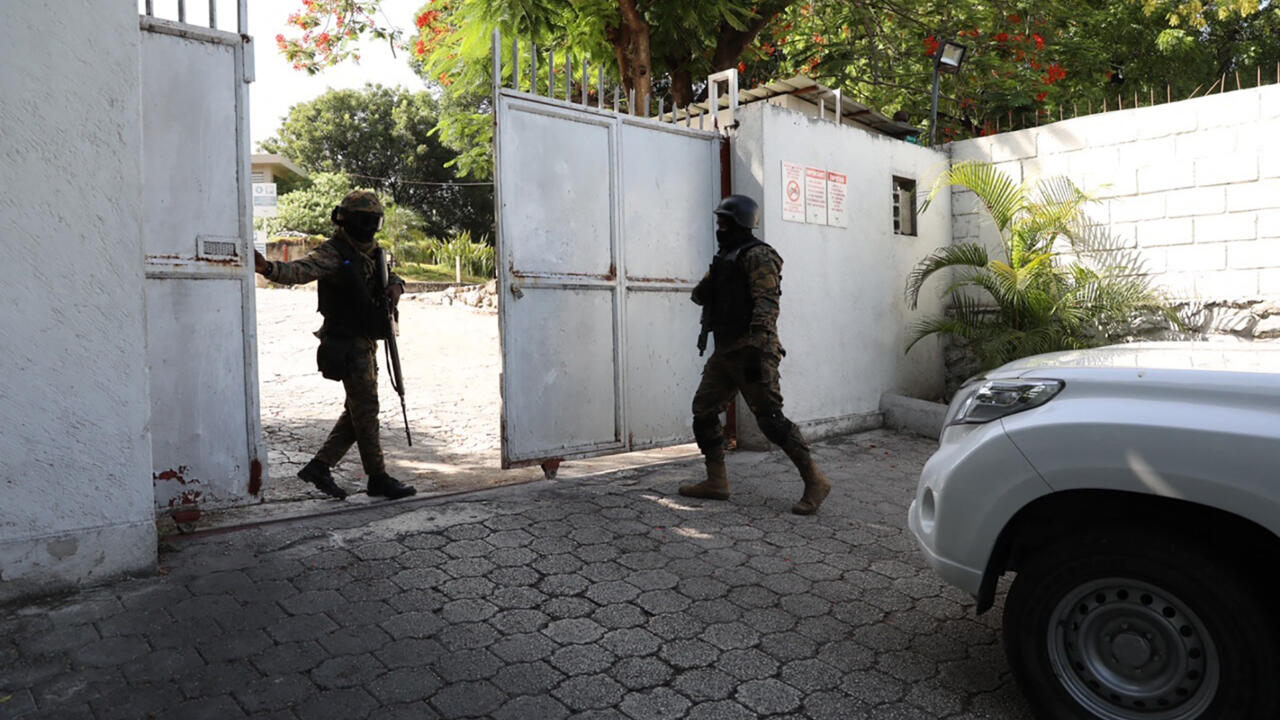 Unidentified men broke into the president’s residence at dawn on Wednesday, July 7, and shot him to death. His wife is injured and his son was unharmed. From Washington to Caracas there are messages of rejection of the attack and of solidarity with those close to Moïse.

Haiti is under a state of siege. Acting Prime Minister Claude Joseph declared a state of emergency a few hours after confirming the assassination of Jovenel Moïse, the 53-year-old president who became president in 2016 and whose government was due to end next year.

The Caribbean country woke up with the information that Joseph offered. “This morning, at one o’clock in the morning, July 7, a group of unidentified people, who spoke in Spanish and English, assassinated the President of the Republic. The president has died from his injuries,” said the Acting Prime Minister. Joseph’s replacement, Ariel Henry, had been announced by Moïse on Monday amid an uninterrupted crisis during his rule.

The Port-au-Prince airport is closed, as well as the border with the neighboring Dominican Republic. The United States embassy in Port-au-Prince also closed its doors pending the evolution of the situation. Meanwhile, dozens of leaders and president from around the world declare their concern over the shooting death of the president of Haiti:

Luis Abinader, president of the Dominican Republic, reacted to the attack on his social networks.

We regret and condemn the assassination of the Haitian president, Jovenel Moïse and the first lady, Martine Moïse. This crime undermines the democratic order of Haiti and the region. Our condolences to his family and the Haitian people.


But responses also came from the United States. “It is a tragedy. A horrible crime,” Jen Psaki, White House press secretary, told CNN. The spokesperson for Joe Biden’s government said that his country’s intelligence is “collecting” and “evaluating” the information available on what happened.

“We are ready and prepared to offer whatever assistance is necessary,” he added. However, that country’s embassy in Port-au-Prince will remain closed amid uncertainty about security guarantees in Haiti.

We strongly condemn the terrible assassination of the President of Haiti, Jovenel Moïse and his wife. We express our condolences to his loved ones and our unconditional solidarity with the brother Haitian people. We call for peace and understanding.


And the opposition leader Juan Guaidó in turn issued a rejection message.

We repudiate the murder of Pdte. From Haiti Jovenel Moise. We are in solidarity with the people of Haiti and we accompany them in this difficult time. We do not forget Haiti’s support for our democratic cause. https://t.co/HNZdfmhSV1


More voices of repudiation and solidarity have come from other countries in the region towards the Moïse family and the people of Haiti.

“Send a hug to the people of Haiti for the regrettable assassination of the president of that country and his wife. It is something that we very much regret,” said Mexican President Andrés Manuel López Obrador in his daily conference from the National Palace.

While from Buenos Aires, the Foreign Ministry issued a statement in which it states that “Argentina hopes that peace and tranquility will be quickly recovered in the country and asks to respect democratic institutions.” Chilean President Sebastián Piñera and his counterpart in Colombia, Iván Duque, also expressed their rejection of the assassination.

We reject the cowardly assassination of the President of Haiti, Jovenel Moïse.

Our solidarity and condolences to his family and all the people of Haiti.

We call for unity and peace to strengthen democracy and find a way out of the serious crisis that Haiti is going through.

We reject the vile assassination of the President of Haiti, Jovenel Moise. It is a cowardly and barbaric act against the entire Haitian people. Our solidarity with the sister nation and the family of a great friend from Colombia. (1/2)


International organizations warn of the worsening of violence in Haiti

The Secretary General of the OAS, Jorge Almagro, published a statement in which he affirmed that the assassination of Haitian President Jovenel Moïse “is an affront to the entire community of democratic nations represented in the Organization of American States.”

The Inter-American Commission on Human Rights (IACHR), for its part, condemned “firmly the assassination of President Jovenel Moïse.”


But in the European Union they went further. According to the EU’s high representative for Foreign Policy, Josep Borrell, this crime “carries a risk of instability and spiral of violence. Borrell said in his networks that just three weeks ago he had met Moïse in a diplomatic forum and added that “the perpetrators of this crime must be found and brought to justice.”

I collided with the assassination of the Haitian president, Jovenel Moise. New has been an exchange to a diplomatic forum since 3 weeks.


The international community continues to react to the events in Haiti, while internally the country tries to remain calm.