The words that help us avoid temptations 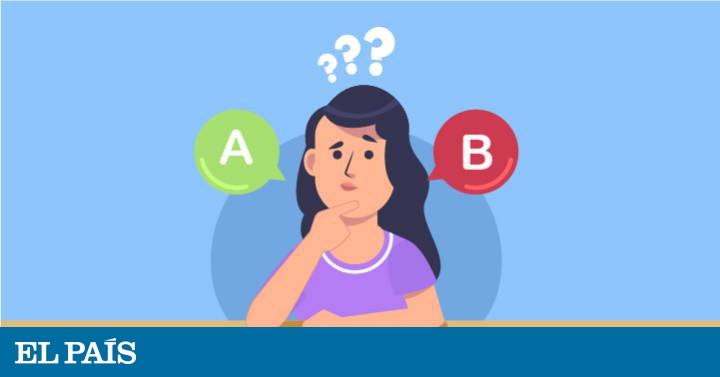 We are surrounded by temptations. They are everywhere, although not all have the same effect. We like to fall into one; but others, we would prefer to avoid them. Among those desires we find smoking, eating a chocolate cake or spending the day lying on the sofa watching television series. We have all tried to avoid a temptation that does not suit us, either for health or personal well-being. And, possibly, we have not always succeeded. The University of Houston and Boston College have analyzed a new focus to give us new tools with which to achieve it.

The researchers brought together a group of people who wanted to overcome a certain temptation, whether related to tobacco, food or time management. A part of them were asked to say “I can’t” every time they faced temptation. That is to say, that they lived it as an imposed norm. A second group was told to answer “I don’t.” That they will stand before the stimulus. That is, “I don’t smoke,” “I don’t eat chocolate cakes,” or “I don’t waste my time in front of the TV.” With these indications, and after four weeks, the results were observed.

Only 10% of the first group, who had been told they could not be tempted, were able to avoid it. This means that 90% gave themselves to the cause and failed to overcome it. However, 80% of the group that had to say to the temptation “I don’t do it”, managed to avoid it. Only the remaining 20% ​​succumbed. The conclusion is simple: words matter.

The emphasis has often been placed on how we convey things to have greater influence or address difficult conversations, but we do not always pay attention to what we say to ourselves to influence decisions that are good for us, but that cost us. Language is crucial, even to give us strength. If we are pounding ourselves daily, it will be very difficult for us to find energy to, for example, avoid eating a chocolate cake. Learning to treat ourselves properly is a fundamental step to feel better about ourselves. So it is important to observe our inner dialogue, especially in difficult times, and ask ourselves an important question: would you speak like that to a person I appreciate?

Another interesting conclusion drawn from the study is the strength of what we say to ourselves when it is based on identity, in who we are. The norms are external, something that comes to us from outside. However, if the decision is made by internal criteria, because I do not smoke or I do not harm people, taking it to other aspects we get more energy. If, in addition, it is aligned with our values, the decision is even more powerful. Therefore, when faced with a challenge or a temptation, how do we see ourselves? Is the norm imposed or does it come from us and our values? We already know that nobody likes to change, but if the desire comes from oneself, we have overcome the first starting barrier.

Jericho Pillar She is an entrepreneur, writer, lecturer, PhD in Business Organization and disseminator of research on human behavior. www.pilarjerico.com