The woman killed her rapist stepfather and escaped prison 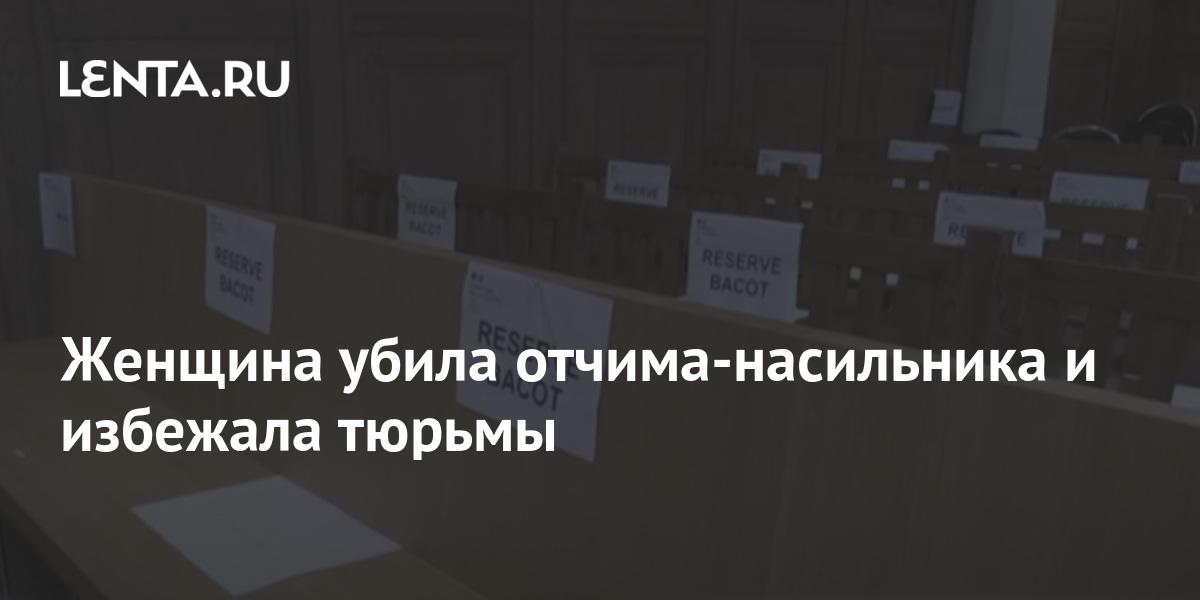 In the French city of Chalon-sur-Saone, Valerie Bacot, who killed her rapist stepfather, was released. According to Al Jazeera, the court sentenced the mother of four children to one year in prison and three years probation. However, the woman was able to avoid jail, since she was credited with the term of imprisonment during the preliminary investigation.

According to the woman, since the age of 12, she was sexually, physically and psychologically abused by her stepfather, Daniel Polette, who was 25 years her senior. The man was imprisoned, but after his release he returned to the family. At 17, Bako became pregnant with Paulette, and her mother kicked her out of the house. The girl had nowhere to go, and she began to live with her stepfather. Paulette later married her.

In France, a coach raped young female students for years and filmed them. Why didn’t anyone notice?

The man not only beat Bako, but also controlled her life. He did not allow her to work or use contraceptives. He later forced Bako into prostitution in the back seat of his van. Paulette monitored her behavior with clients with an earpiece and repeatedly threatened her with a pistol if she tried to refuse. During this time, the woman gave birth to three more children from him.

In 2016, when Paulette began talking about having sex with her 14-year-old daughter, Bako realized “this must stop.” The Frenchwoman shot her husband with his pistol, and later, together with her two children, buried the corpse in the forest. In October 2017, the woman was arrested, she pleaded guilty, and a year later she was released on bail.

The case attracted widespread public attention. Domestic violence campaigners launched a petition to drop charges against Bako, with over 710,000 signatures. At the trial, the prosecutor asked not to send Bako to prison, since he did not consider it dangerous for society. Lawyers insisted that the violence, which lasted more than 20 years, and the desire to protect children pushed the defendant to the crime. The relatives of the deceased who came to the process described him as a monster, and Poletta’s 59-year-old sister admitted that at the age of 12 she was also raped by her brother.

Earlier, he shot two Russians while hunting and escaped punishment. The hunter mistook people for animals. The court assigned him a suspended sentence for a period of one year and eight months, and also fined him 40 thousand rubles.