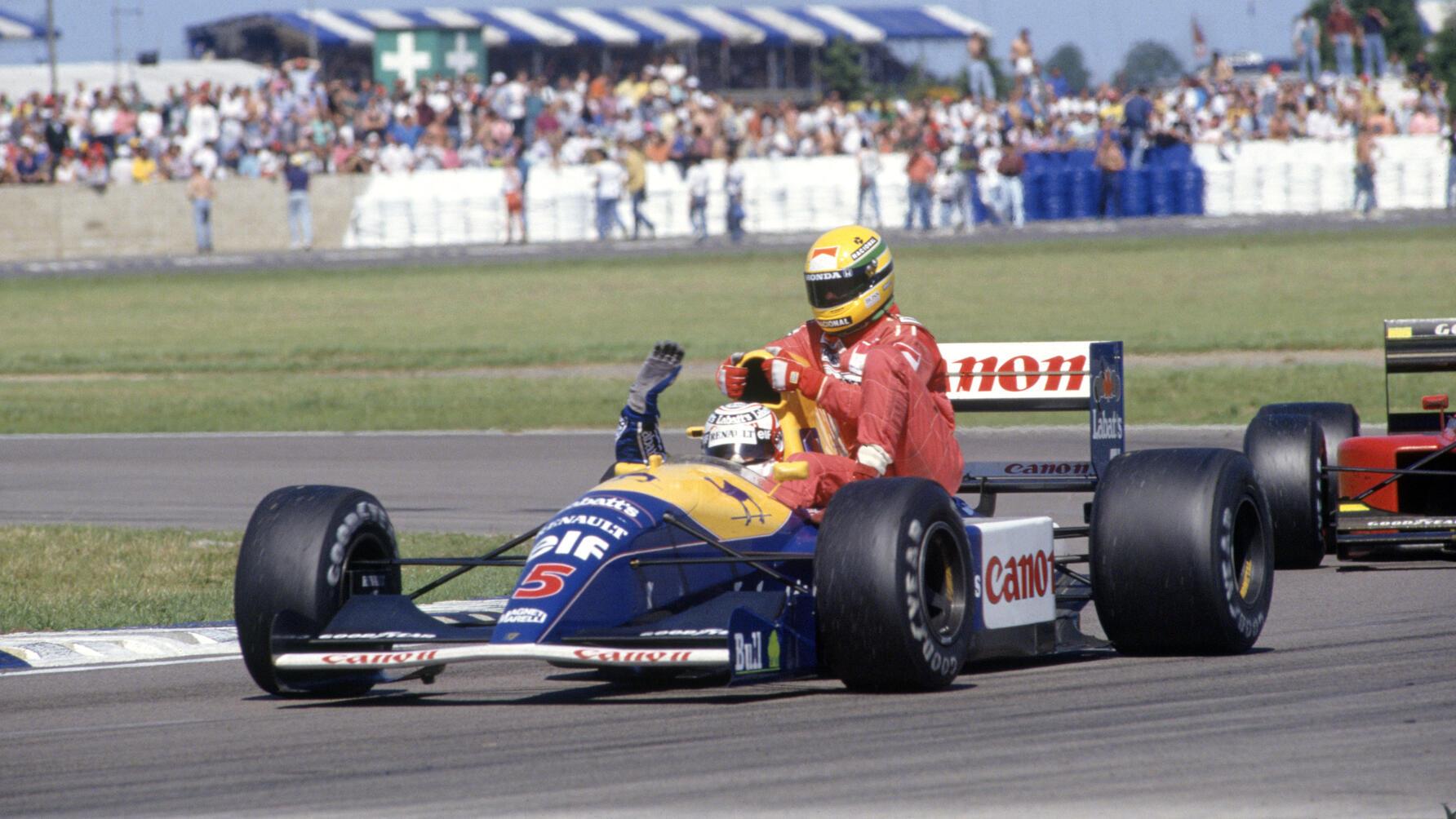 Looks like Nigel Mansell is tidying up a bit to make some room in his garage. The mustachioed F1 and IndyCar champion is selling something very special. Yep, his 1991 Williams FW14, which you see above. It’s even the FW14-5, the same car Mansell drove to a landslide victory at the British Grand Prix.

This Williams FW14 picked up stranded title rival Ayrton Senna on the victory lap, giving the Brazilian a useful lift back to the pits after running out of fuel on his final lap. It was, of course, a fantastic sporting moment, captured below in one of Formula 1’s most iconic photos.

Williams donated the FW14-5 to Mansell at the end of the season in 1991 and the car was on permanent display as part of his collection. It is worth noting that Nigel took a whopping five GP wins in this car.

What should the Williams FW14 cost?

The car was designed by none other than Adrian Newey and is powered by a 3.5-litre Renault V10. Quite a piece of F1 history. What will the car yield when RM Sotheby’s auctions it in Monaco in May? That should become apparent – ​​we are already diving between the cushions of our sofa.