The White House told about further plans regarding Russia 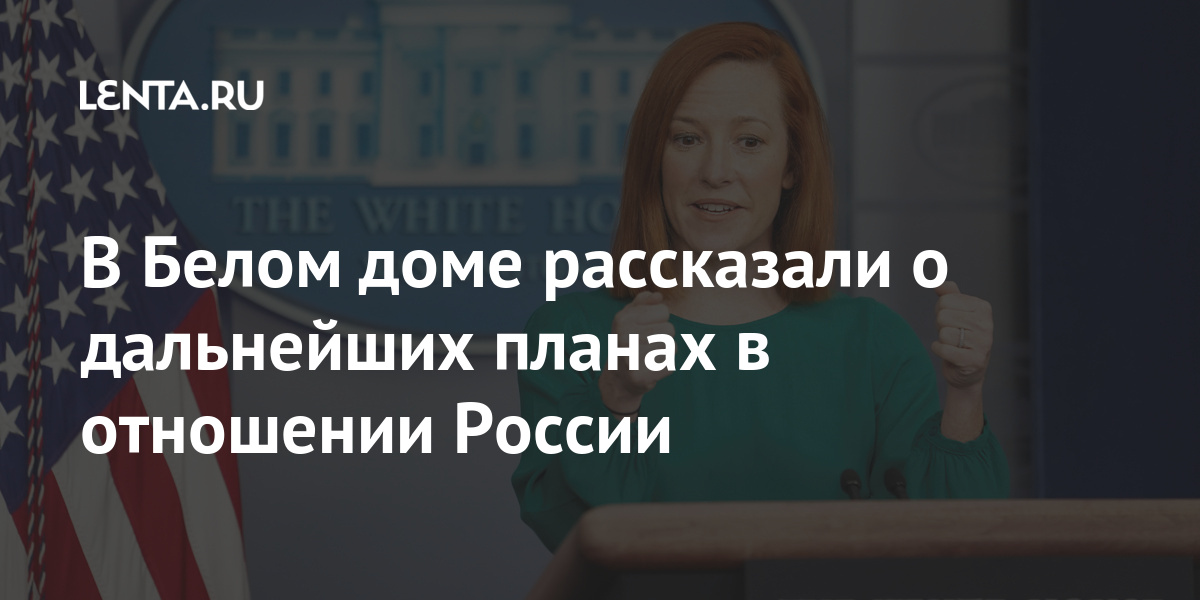 White House press secretary Jen Psaki spoke about the future plans of the United States with regard to Russia. She stated this during a daily briefing, the event was broadcast at the official Youtube-channel.

Psaki noted that Washington does not plan to rely solely on sanctions in the future. At the same time, she stressed that the US administration considers them to be the most effective tool for building policy.

The White House spokeswoman also said that the president has a whole range of different tools at his disposal – visible and invisible. She added that she would not like to reveal what options are currently being considered.

Earlier, the White House responded to the offer of Russian President Vladimir Putin to hold a live conversation with his American counterpart Joe Biden. Psaki said that Biden has already spoken to Putin and will be too busy on Friday to continue the dialogue live.

Tire .. The world is witnessing tomorrow a rare astronomical phenomenon

Twelve months in a state of alarm