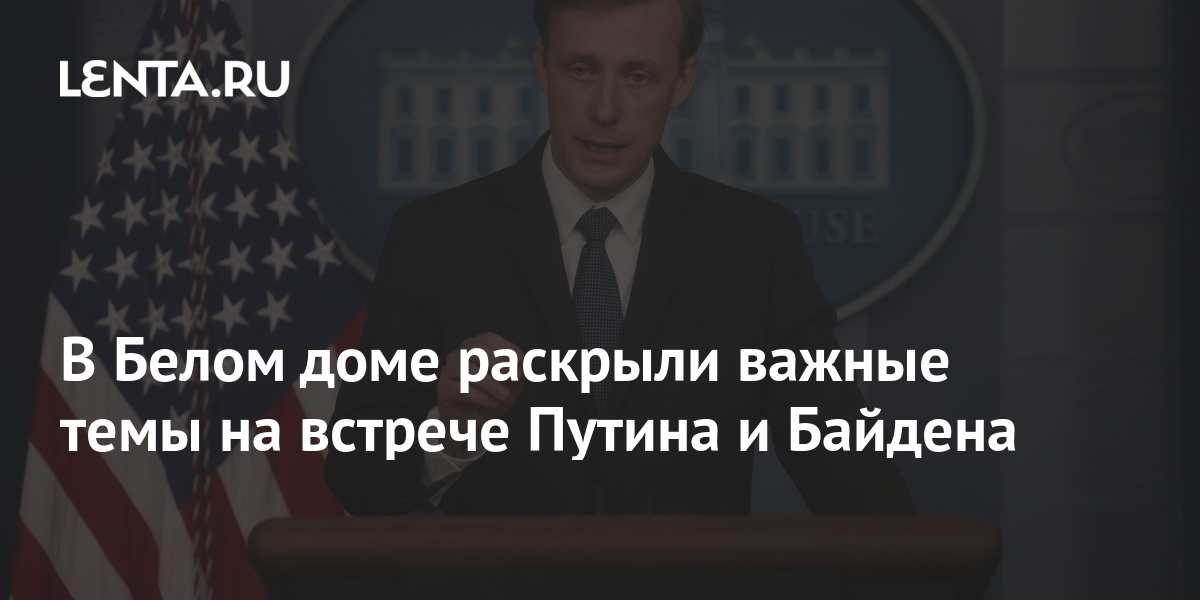 National Security Assistant to the head of the American administration, Jake Sullivan, in an interview with reporters, revealed topics for conversation at a meeting between Russian Presidents Vladimir Putin and the United States, Joe Biden. Writes about it TASS…

So, during the meeting, Biden intends to discuss with Putin the recent hacker attacks using ransomware viruses. At the same time, Sullivan stressed that the United States does not believe that the Russian government is in any way involved in these attacks. “Russia can and should take steps to take action against this,” he said.

Also, the representative of the American administration expressed the hope that the presidents of Russia and the United States will discuss at the meeting possible ways of reaching an agreement with Iran on its nuclear program.

Earlier, White House spokesman Jen Psaki said that US President Joe Biden and his team are preparing for their first overseas tour and summits with NATO, the G7, and for a meeting with Russian counterpart Vladimir Putin. The American leader has decades of experience that he relies on, Psaki said.

The meeting of the presidents of Russia and the United States will take place on June 16 in Geneva. Earlier, the Russian Foreign Ministry expressed the hope that one of the decisions taken at the meeting between Vladimir Putin and Joe Biden could be the return of the Russian and US ambassadors to local diplomatic missions.