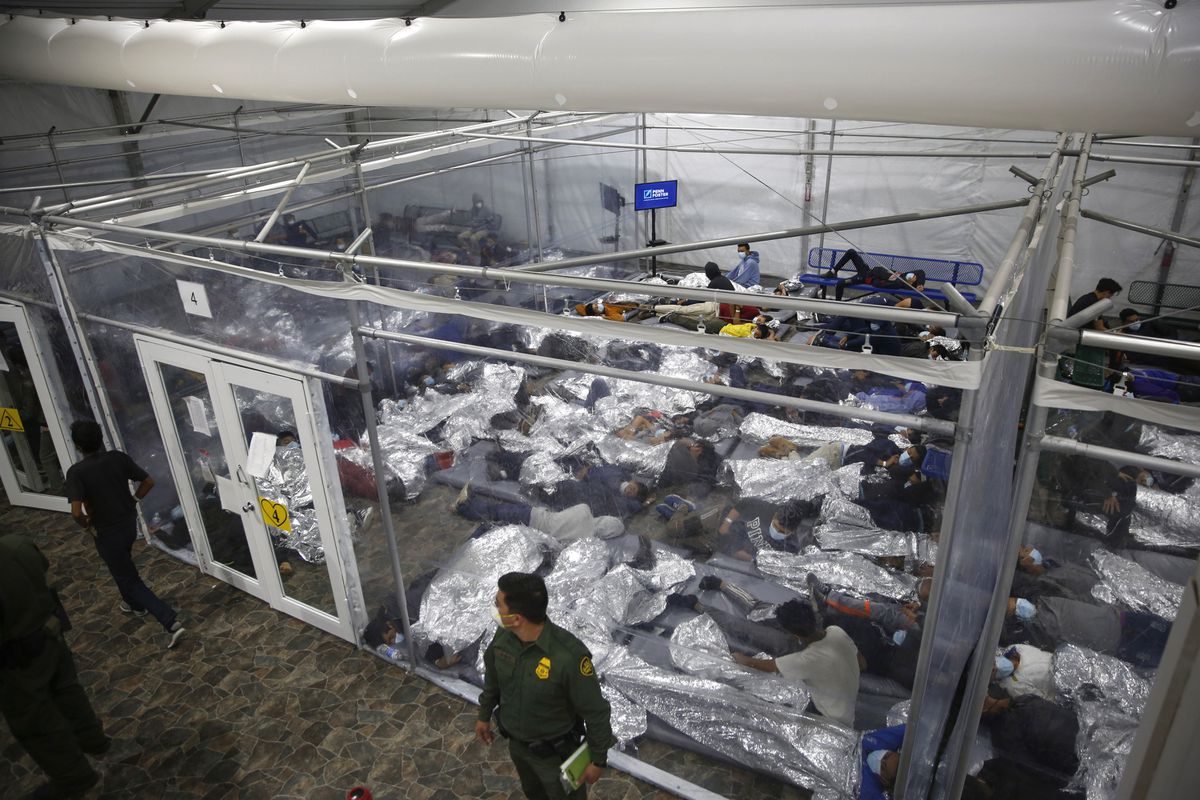 The White House has once again denied this Monday the existence of a migration crisis on the border with Mexico, despite the fact that President Joe Biden used that word to refer to the massive arrival of undocumented immigrants, including many minors.

Biden told reporters on Saturday that his Administration was studying the possibility of increasing the refugee quota when the migration “crisis”, the first of his term, occurred on the border with Mexico, reaching record numbers of without papers, including hundreds of unaccompanied minors.

In her daily press conference, White House spokeswoman Jen Psaki took up the official speech on Monday, pointing out that Biden was referring to the multiple crisis in Central America that is causing the mass exodus. The spokesperson stated that “the president does not feel that the arrival of minors to our border to be safe from violence, economic difficulties or other reasons is a crisis.” Yes, it is the concatenation of factors that cause the flight to the north, he stressed. “The president considers the crisis in Central America” ​​as the problem that must be faced to stop the influx of undocumented immigrants.

In fact, the first budget of the federal government – discretionary spending -, presented last day 9, consigns a specific item to address the causes that cause the exodus, among which the Biden Administration includes from gang violence, the economic crisis, natural disasters or the impact of climate change.

Psaki also alluded to the controversy generated on Friday by the contradictory White House announcement on the refugee quota. At first, it was reported that Biden had decided to keep the maximum annual quota of amparo at 15,000 people, the minimum adopted by his predecessor, Donald Trump. Shortly after, before the controversy generated by the announcement, and a barrage of criticism from the Democrats, the White House rectified and assured that, before next May 15, it will raise that annual quota during this fiscal year.

Psaki has also denied that the White House has backed down on this issue. The US is “a country that welcomes” those escaping conflict and the current Administration is doing everything possible “to change the policies of the previous government,” said Psaki. “We cannot do two things at the same time, but now we are going to increase the number” of refugees, Biden had said on Saturday when he referred to the pressure that the southern border is experiencing as a crisis.

Meanwhile, the Supreme Court has been reluctant to grant permanent residence to people who are allowed to live in the country for humanitarian reasons, if they have entered US territory illegally. This is the case of the so-called temporary protection status (TPS), recently granted to Venezuelans fleeing the crisis in their country and, previously, to nationals of several countries in Central America, Syria or South Sudan, among others. The Supreme Court has ruled this Monday on an appeal presented by a Salvadoran couple, beneficiary of the temporary protection status, but to whom an ordinary court denied the green card, or permanent residence permit, due to their irregular entry into the country.

If the Supreme Court reaffirms its opposition, the permanence of thousands of people under this system – many of them, after years of residence in the United States – hangs by a thread. A negative decision would put Biden’s immigration policy at odds, facing off with migrant advocacy groups and many of his fellow Democrats.

Weather On Monday, the spring heat record was broken again: 18.3 degrees in Kruunupyy

María Eugenia Vidal, in a campaign key, demanded Alberto F. to summon the opposition to define a plan