The White House announced the death of ‘Champ’, one of President Joe Biden’s dogs 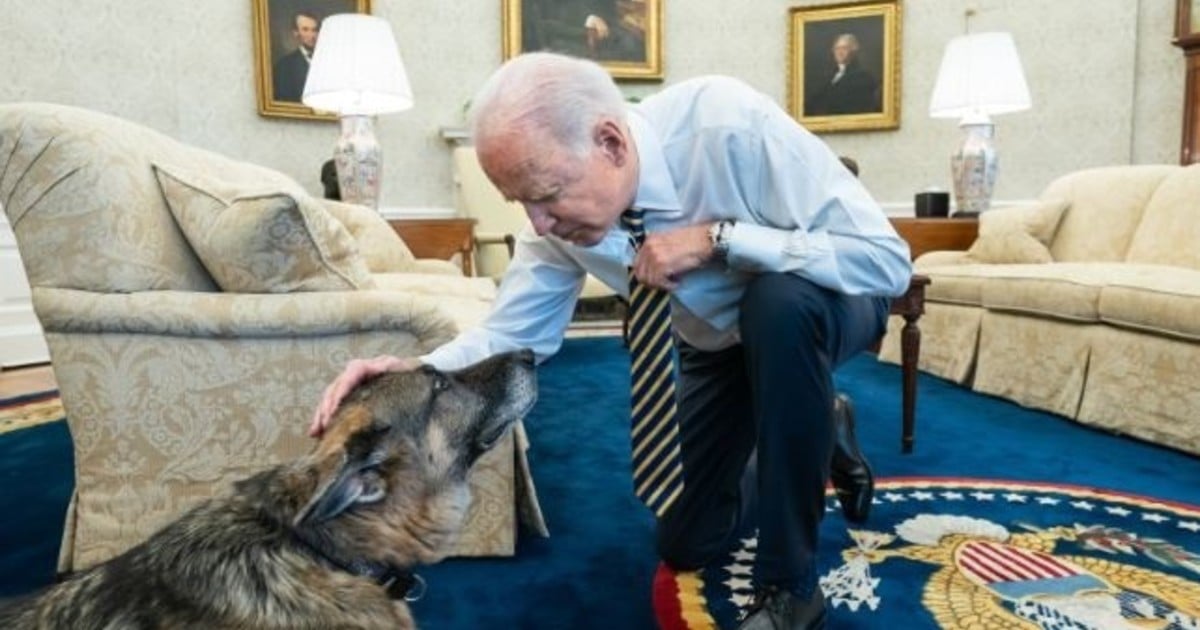 The White House announced this Saturday the death of ‘Champ’, one of the two dogs of the president of the United States, Joe Biden, and the country’s first lady, Jill Biden.

“We are saddened to report that our beloved German Shepherd Champ has died peacefully at home. It has been our constant company for the past 13 years, and was adored by the entire Biden family, “lamented the presidential family in a statement.

Biden with his two dogs, both German Shepherds.

“In our happiest moments and in our most tragic days, has always been with us, sensitive to every silent feeling and emotion, “he added.

“We want our sweet good boy, and we will always miss him“, concludes the note.

The family has another dog, rescued from a shelter, another 3-year-old German shepherd named ‘Major’.

Since the Bidens arrived at the White House, dogs made the news on more than one occasion and in general for his bad behavior. During the month of March, the youngest dog attacked two people from the presidential environment and had to receive classes in decorum and behavior.

Major, 3, and Champ, 12, had to be transferred to the Bidens’ residence in Delaware after the first incident.

The US president said that Major was being trained in Delaware, but he refuted the idea that the dog had been sent away after the bite. He said the dogs were flown to Wilmington because the presidential couple was going to be out of the US capital.

The president assured at that time that the least of the dogs is “a sweet dog“and that in the White House”85% of people love it“.

However days later Major bite again to a Secret Service agent and the victim was treated by the White House Medical Unit “For caution“and returned safely to work.

During that same month, Jill Biden told The Kelly Clarkson Show that she spent a lot of time on accommodate the dogs to the new home.

“They have to take the elevator, they are not used to that, and they have to go out to the south garden with a lot of people watching them. So that’s what has obsessed me, making everyone feel comfortable and calm, “he said.

The White House has a long history with pets, though Donald trump he was the first president in more than 100 years in not having a dog.

Major is the first shelter dog to live in the White House, however President Lyndon B. Johnson also had a rescue dog, a terrier mix named Yuki.

Yuki was found at a Texas gas station by the president’s daughter, Luci, Thanksgiving in 1966according to the website for the Presidential Pet Museum, which collects information on White House pets.