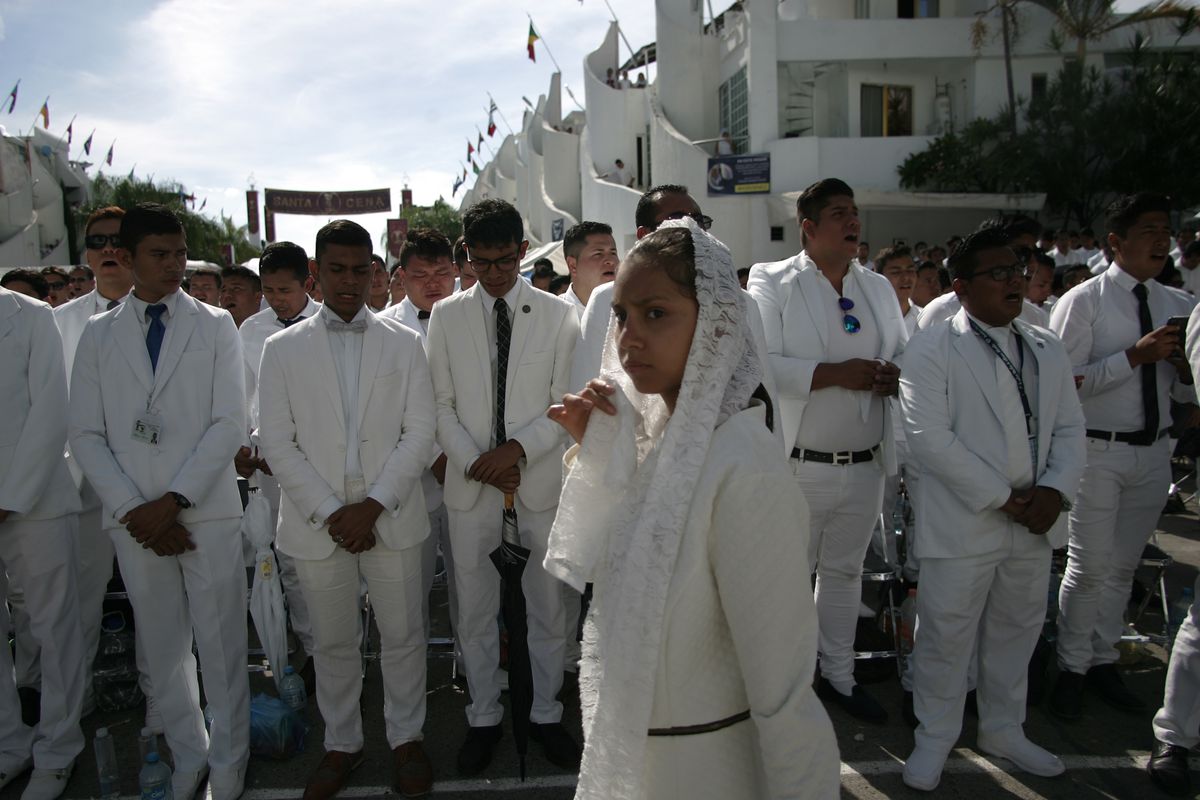 With covert slogans and ideological slogans, religion has made its way into the largest elections in Mexican history. In a country with more than 88% of its population that recognizes itself as part of a church, religious groups have in their hands the power to move the balance for or against. The law prohibits ministers of worship from competing for public office, but some associations have permeated the parties and managed to recruit their own candidates. The resurgence of the Social Encounter Party – now called Solidarity – or the support in the church bloc for formulas that defend their own values ​​and interests, such as opposition to abortion or homosexuality, sows doubts facing Sunday about whether there is a religious vote in Mexico.

Mexican churches cannot openly support candidates, according to the legislation. However, pressure from religious interests escalated to such a point during the campaign that the Interior Ministry issued a statement last April reminding ministers of worship that they could not take sides and asking to avoid proselytism and propaganda. The Catholic Church in Mexico, which gathers 97 million faithful, does not support “one party or another, because there is no Christian democratic party,” explains the apostolic nuncio in the country, Franco Coppola. However, in a fine game between the guidelines established by law, the Mexican Episcopal Conference published a message in May listing a series of criteria to “enlighten the consciences” of Catholic voters. Among the points, he highlighted “the defense of life (of all lives) from conception to natural death, marriage and the family as fundamental nuclei of social welfare.”

For the sociologist Bernardo Barranco, who specializes in religion, the particularity of these elections is that they have had a greater presence of “some Pentecostal churches” that have pressured the electorate and the candidates to show themselves in favor of “an anti-ideological stance of genre”. This has been manifested in campaigns that attacked the rights of women, gays and, above all, targeted against abortion, he says. “There is an articulation between the fundamentalist sectors of the evangelicals and the more conservative branch of the fundamentalists of the Church,” he explains. “They are positions that are directed to the most conservative sectors of the country.” This election, he says, will be important in determining whether there is a religious vote in Mexico, something that has historically generated debate.

Among the points to pay attention, according to Barranco, is the resuscitation of the PES, which may end up not getting enough votes to reach any public office, or the performance that the National Action Party (PAN) ends up having. This last case, he explains, is interesting because it is a formation linked to the most conservative positions of Catholicism, something that usually gives votes from that religious group. But the alliance that the PAN has decided to make with the Institutional Revolutionary Party (PRI) and the Democratic Revolution Party (PRD) in this election has left it “handcuffed” to campaign with the arguments of Catholicism.

Arturo Farela, president of the National Confraternity of Evangelical Christian Churches, assures that the evangelical groups in Mexico – which concentrate 14 million people – will not vote on this occasion “corporately.” They did it in 2018, he says, to bring Andrés Manuel López Obrador to the presidency. But the ruling party, the National Regeneration Movement (Morena), brings together positions that he does not defend, such as access to abortion. That makes him walk away from the formation, despite his categorical support for the president. “I do not have a favorable or negative opinion about the possibility of Morena obtaining the majority in the Chamber of Deputies,” he says in relation to the most important electoral dispute on June 6. On several occasions, Farela had warned that evangelicals would put their own candidates on the lists next Sunday, although he did not want to specify who he was talking about.

Faced with the impossibility of making their support public, some of these associations hid their intentions in private meetings. Among them is La Luz del Mundo, which has sought to draw on its political connections in these elections. The Mexican media Millennium revealed this week an audio in which one of the representatives of the church, based in Guadalajara, was heard asking his faithful to support Morena’s candidate for mayor of the city. The religious institution, whose leader is imprisoned in the United States, has been in an economic bind since the Financial Intelligence Unit (FIU) in March 2020 frozen the accounts of six senior members after an investigation for fraud, child pornography and sexual exploitation juvenile.

Support for Morena’s candidate in Guadalajara was conditioned on him helping the institution to negotiate with federal authorities, mainly the head of the FIU, Santiago Nieto, the unfreezing of bank accounts. The National Action Party denounced the church, the candidate and Nieto on Wednesday for an alleged electoral crime. “We demand a democratic, clean electoral process, where the State apparatus is not used to win elections,” claimed Deputy Mariana Dunyaska García in the presentation of the complaint.

For a few months now, La Luz del Mundo’s commitment has been to enter the lists and guarantee itself as many political spaces as possible. Barranco assures that it is not exclusive to that congregation. Evangelical groups were historically marginalized. Many now seek, through lobbying, to exchange seats for the offer of votes, ”he says. Among the members of this church seeking a position or reelection next Sunday are Deputy Emmanuel Reyes de Morena, Israel Zamora of the Green Party, or Kehila Ku of the Citizen Movement. In this case, support for the parties is diversified because other interests predominate, says Barranco. “Ideological purity has given way to pragmatism.”