The week in tourism 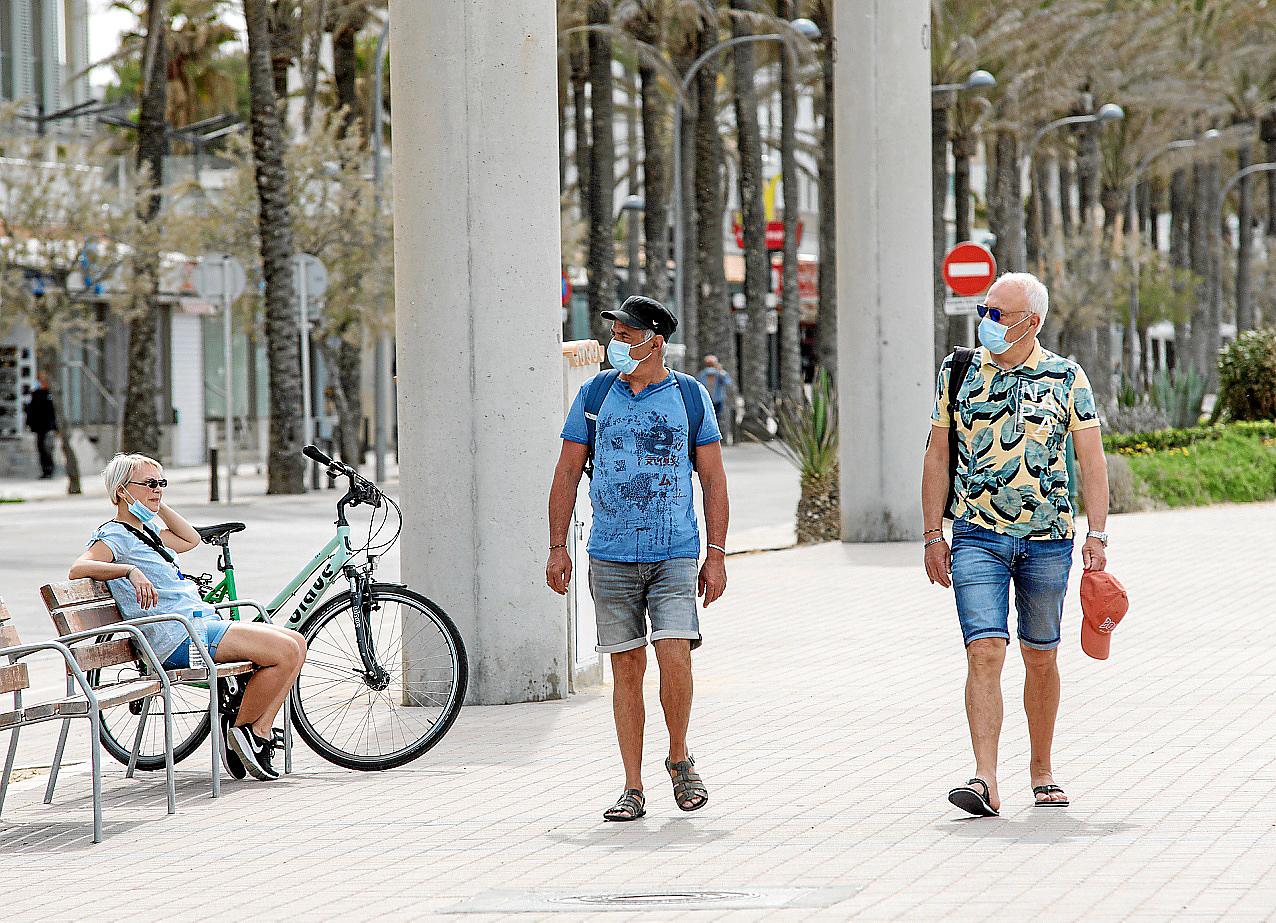 Chile is not a country to normally feature in this column, and it would not feature were it not for the warning that it gives. Chile’s vaccination program has been one of the most effective in the world – almost 50% of the population has received at least one dose.

However, Chile has in recent days experienced record occupancy of intensive care beds. The daily number of new cases has exceeded 8,000, higher than when the country endured its first wave – 6,938 cases on June 14 had been the previous unwanted record.

Responding to this latest situation, Chile has closed its borders to foreign tourism for the rest of this month.

In Spain, the timetable for vaccination is this (according to the Spanish government): By April 12, there will have been more people immunized (two doses) than the total number of cases recorded in Spain – 3.31 million.

As of April 6, 2.9 million people had been immunized. By May 3, the number immunized is projected to be five million.

The case of Chile gives cause for concern. A reason for the country experiencing a new peak in cases is because the vaccination program created a false sense of security. Another is that restrictions were loosened too much.

In January, there was a permit system for going on summer holiday. People were moving around the country and abroad. There was apparently no tracing system for people coming into the country.

On May 9, the state of alarm in Spain will end (unless the Spanish government changes its mind). More than five million people will have been immunized by then. Let’s say it’s six million, 12.8% of the population. Perimeter closures and curfews will end. There will be free movement within Spain.

Even with the state of alarm there have been the peak numbers recorded in January and February. With the state of alarm over, and regional governments seeking legal certainties, the government spokesperson, María Jesús Montero, intimated on Wednesday that they would still be able to adopt measures such as perimeter closures and curfews.

Montero was of the view that existing ordinary legislation and coordinated actions approved by the Inter-Territorial Council for the National Health System would enable the likes of perimeter closures.

This is not how legal opinion sees it, various sources having argued that the state of alarm is the only constitutional tool that allows freedoms to be denied – specifically perimeter closures, curfews and confinement to home (lockdown).

If it was as clear as Montero has implied, the Balearic government would not be seeking legal clarity. The regional administration would have powers within the territory to, for example, establish perimeters controls on a specific area (which is what happened last year in Manacor and Ibiza), but more drastic measures are the subject of legal debate.

While I think it can be taken as read that the Balearic government has no desire to apply these sorts of measure, the government is nevertheless wanting the certainty of being able to, if necessary.

Saving the summer season has been its constant mantra, with the vaccination coming to the aid of the summer party and allowing the season to happen. But it is here where the experience of Chile sounds the alarm bells.

The government in that country may have made mistakes – the apparent lack of tracing seems an obvious one – but Chile has an advanced vaccination program and yet has still found it necessary to shut off foreign tourism.

Come the ninth of May and the season will be edging ever closer. There will be mobility coincidental with the ongoing vaccination. Extrapolating from the Spanish government’s estimates, by the first of June, around 230,000 people in Mallorca will have been immunized.

The trouble is, as Chile demonstrates, this may not be sufficient. Meanwhile, there will have been the clear potential for the import of infection.

As ever, the tourism situation is mired in uncertainty – that of the legality of measures that the government may or may not be able to adopt, that of the true positive impact of the vaccination program, and that of the intentions of foreign markets.

In the UK, ABTA is pleading for a “stable system” for planning the resumption of foreign travel, for greater clarity regarding the travel traffic-lights system and for a “cost-effective” regime for tests (ie not the prohibitive cost of PCRs).

For the Balearic government, there is the fear that the ending of the state of alarm will see cases rises. It will, however, be all too aware that May 9 is getting close to the season and that imposing certain measures – if it indeed does have the capacity for these – will send out a negative message to the foreign markets.

The hoteliers president and the tax fraud case

Jorge Marichal has been an impressive figure over the past few months. The president of the Cehat national confederation of hoteliers and of the Ashotel association of hoteliers in Tenerife, he has been firm in his defense of the hotel sector and in his criticisms of the government. These two entities have given Marichal their full support.

They want him to continue, a case of tax fraud having come to light.

This goes back to 2019, when a court in Tenerife commuted a possible two-year sentence to a fine of some 580,000 euros related to a property deal that had nothing to do with his hotel interests.

Marichal has expressed his surprise at the fact that this was revealed by a Tenerife newspaper on Monday, saying that he has paid the penalty. 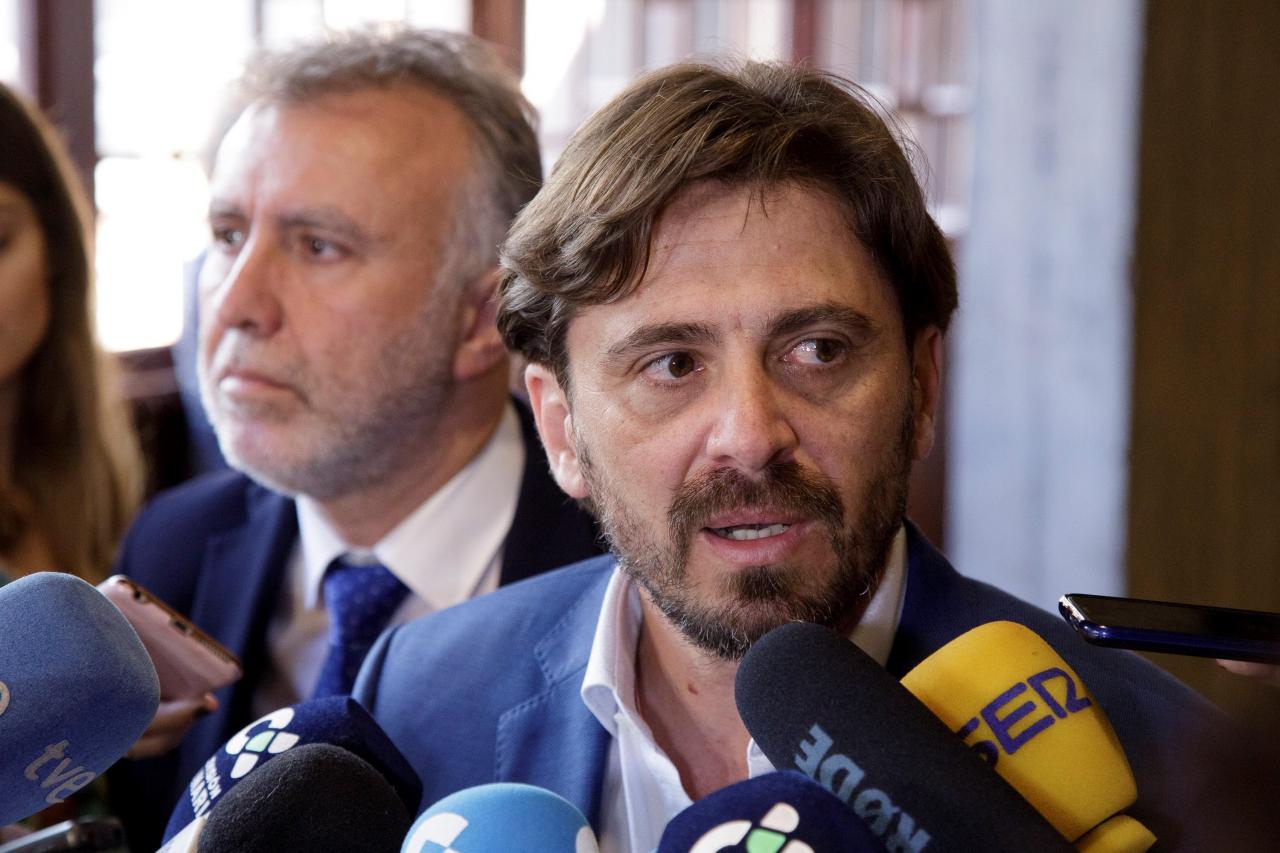 He has also issued a robust defense of his position with regard to the case, setting out how there was a disparity between the opinion of his tax advisers and that of the Tax Agency. In an eleven-point statement I have given details of the deal and how there was never any intention to defraud the Tax Agency.

The national confederation and the Tenerife association are both of the view that this was a private matter and that it has been dealt with.