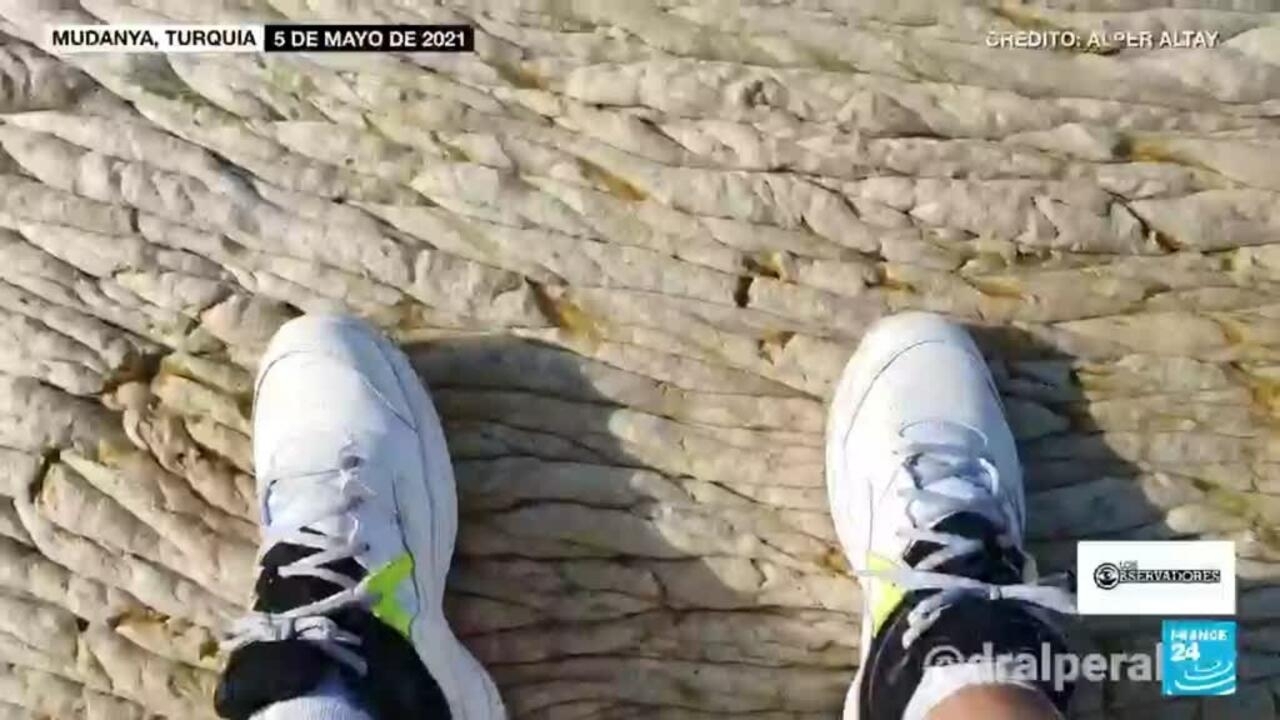 For several weeks, a thick layer of ‘sea snot’ has covered the Sea of ​​Marmara in Turkey. It is marine mucilage, a living organism toxic to humans and life in the sea, which for the first time appears in such large quantities. This disturbing phenomenon is related to global warming and severe pollution, according to various experts.

Since mid-May, residents of coastal cities near Turkey’s Sea of ​​Marmara have been concerned about thick layers of smelly foam on beaches and ports. The substance is naturally found in the Sea of ​​Marmara and throughout the world, but this time the phenomenon has reached a scale never before seen in the country.

Marine mucilage is a viscous foam secreted by microorganisms from the sea when they are dying or under stress. In such large amounts, the substance can inhibit the supply of oxygen to parts of the water, suffocating fish and other organisms.

Experts say the phenomenon is caused by rising water temperatures in the sea, as well as significant levels of pollution in the Sea of ​​Marmara. Meanwhile, the Turkish government has launched a plan to clean up the sea, sending boats to collect and remove the mucilage. In this issue of Los Observadores we speak with Alper Altay, a local resident who filmed a series of videos showing the ‘sea mucus’ in detail.