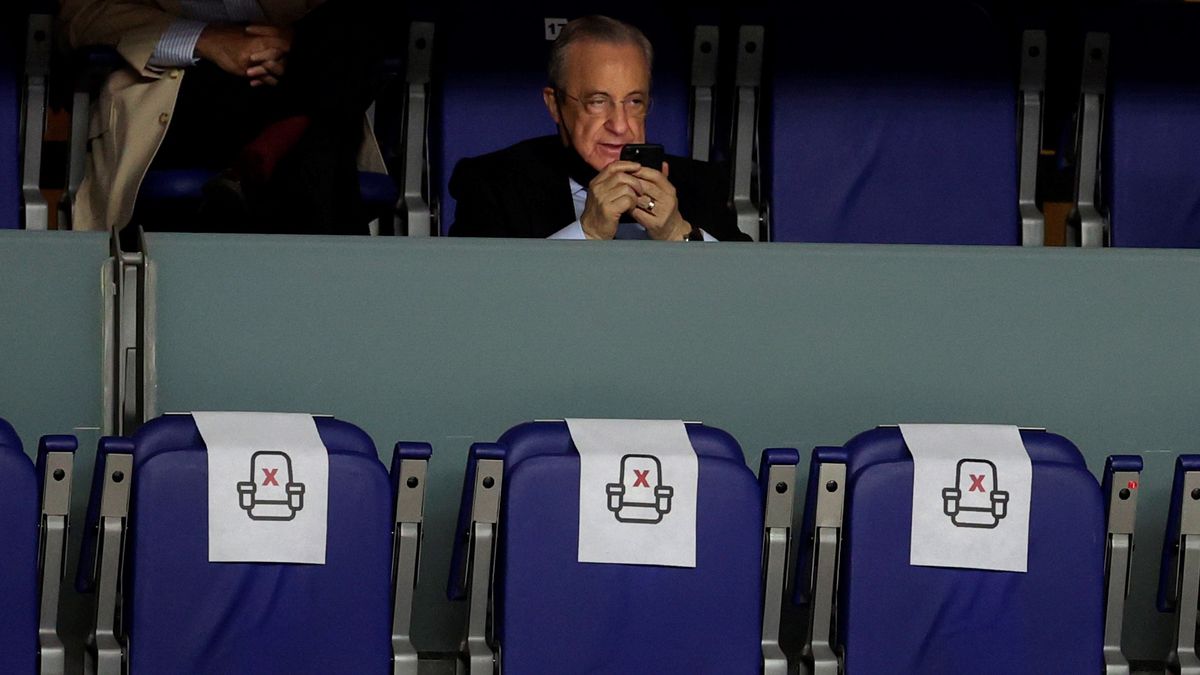 Spanish football shivers on all sides at the worst possible moment. Due to the serious economic crisis that it suffers due to the effects of the pandemic, the departure of its stars and the internal wars between its leaders that end up in court. There is nothing lacking in a not optimistic scenario at the gates of a new season that starts this Friday full of uncertainties, with less and less references on the pitch and a slipstream from other major European tournaments, especially the Premier, which have taken the lead. front with several bodies of difference.

Gone are those times, at the beginning of this century, in which LaLiga strutted around the continent with its money and its players, crowned, in addition, by a world champion Spain for the first time in its history. Between 2006 and 2018, Real Madrid and Barcelona raised eight of the 13 Champions League on the back of two giants like Cristiano and Messi. The first one already left for Italy three years ago without having yet been substituted at the Bernabéu and the second closed on Tuesday his signing for PSG, the new behemoth of the industry, plugged into the millions of the State of Qatar to gather as many stars want. Barcelona’s serious financial crisis, which began years ago and exacerbated by the bug, pushed the Argentine star to Paris on a traumatic emotional and sporting exit, and with effects that go beyond the Camp Nou. The Spanish championship no longer has any of the planetary icons of the business. Two months ago Sergio Ramos also left. Whites continue to sigh for Mbappé 20 days after the market closes, but the infinite muscle of PSG reduces the options.

The treasury of Spanish clubs, young and old, gives little of itself. Due to the consequences of the covid, the powerful competition of the new kings (PSG and the entire Premier as a whole) and even due to the strength of the Bundesliga, an example of growth without galactic outlays. In 2019/20, the German championship ousted La Liga as the second highest-grossing soccer competition, according to Deloitte. In the lead, of course, England.

While Barça signs at almost zero cost and Madrid, who last season did not buy from anyone for the first time since 1980, does not plan to spend a euro (Alaba came after finishing his contract with Bayern) unless he can execute the purchase of Mbappé, in England money circulates with joy. City was left a very promising player, but still to be confirmed as Jack Grealish 117 million, Chelsea is preparing to pay about 110 for Lukaku and United, after paying 85 for Jadon Sancho, paid 50 for Varane to Real Madrid, which It is in sale mode to soften the effects of the coronavirus.

Euros do not run through the veins of Spanish football. The crisis is very serious; so much so that the employers have turned to an investment fund to get immediate financing. LaLiga’s solution led by Javier Tebas was an agreement with CVC, an operation that has revealed two serious problems: the demonstration that the clubs, which have been closed for a year and a half, urgently need liquidity, and the war civil in the offices.

Real Madrid, supported by Barcelona, ​​is radically opposed to this agreement, which must be ratified on Thursday at the LaLiga Assembly (33 out of 42 supports are needed), and announced on Tuesday, even before the vote, which takes the case to court. The white club announced that it will undertake “legal actions, both civil and criminal”, against the president of the employer, Javier Tebas, the person in charge of the fund, Javier de Jaime, and the CVC itself. And he also warned that he will take the judicial steps it deems appropriate to “annul the possible agreements adopted by the Assembly.”

The merengue club understands that the benefit that an agreement with the CVC fund would provide (2,668 million, to be repaid in 40-year interest-free loans, for the transfer of 10.95% of the competition rights for the next half century) would be much less than the money that each First and Second club could put into a box without the investment fund.

The threatening method that FP has been using in private for years is now being transferred to the public. Clubs and institutions have been supporting their threats for years. Since 2015 against centralized sales, constant challenges to agreements, the Super League …
The @Real Madrid deserves more https://t.co/Cl3EF6ucxp

In any case, the economic debate on the advisability of a short-term operation of this type at a time of serious financial crisis (Italy and Germany rejected it) has led to another very bitter episode of the confrontation between Tebas and Florentino Pérez. “The threatening method that FP has been using in private for years is now being transferred to the public. Clubs and institutions have been supporting their threats for years. Since 2015 against centralized sales, constant challenges to agreements, the Super League … Real Madrid deserves more ”, wrote the top boss of the employer’s association on Twitter as soon as he learned that Pérez will take him to court.

A personal confrontation that joins the scuffle that Tebas already had a week ago with Barça president Joan Laporta (the agreement with the fund came to be considered as part of the solution for Messi’s continuity at Barça) and which further opens the badly wounded seams of Spanish football because it is already raining in the wet. In recent months, on account of the European Super League still defended by Madrid and Barcelona, ​​and now due to the possible entry of this fund. In La Liga, goals and stars have given way to lawsuits and empty boxes.