The war of ‘Fortnite’ summarized in 12 keys Apple, Google and Epic Games have become entangled in a battle that has ended with the video game Fortnite outside of mobile stores, complaints of monopolistic behavior and third-party victims. One of the most successful titles in history has disappeared from the vast majority of phones. The trigger has been the accusations of Epic Games. He described as abusive the 30% commission that both technology giants charge for the payments that users make while using the applications of the App Store and Google Play, as was the case with Fortnite. While the US justice decides the case, here are the main questions so that you understand what has happened in this battle.

Fortnite, released in 2017, is the most successful video game in the history of the genre known as battle royale. Although playing is free, it has an internal store where you can buy accessories (called skins). With about 350 million users around the world, according to the Statista portal, it consists of a maximum of 100 players, connected on-line and who start with minimal equipment, search the map for weapons and eliminate other rivals while avoiding being left out of a safe area -the call eye of the storm, which gets smaller as the game progresses. The winner is the last player standing.

2. Who has developed Fortnite?

Epic Games, 40% owned by Tencent, one of the largest Chinese tech giants, global dominator of the industry gaming and almost everything that sounds like the Internet in your country. Last year, Epic made 3.55 billion euros, of which 1.52 billion (almost 43%) came exclusively from the video game, according to Nielsen figures.

3. What is Epic Games’ accusation?

The creator of Fortnite understands that Apple and Google have adopted a monopolistic attitude by charging 30% for payments made by users while using the apps available on Google Play and App Store. This commission is cut in half for developers who have been in their mobile stores for more than a year. If a player buys a new outfit, dance, or weapon during games, 30% of what they pay goes directly to technology instead of the developer. In the case of Epic Games, which has its own payment platform, the commission is 12%.

It is the virtual currency of Fortnite with which to acquire any additional content of the video game, such as skins or the battle pass, which gives access to exclusive challenges and allows you to get more rewards. To buy them, the player pays a certain amount in euros and automatically converts it into V-Buckyes, or turkeys in its Spanish translation.

5. How have Apple and Google reacted?

Have withdrawn Fortnite of your mobile stores. Despite the fact that the conflict had been brewing for months, it was not until a couple of weeks ago, when Epic Games formalized the complaint before the US courts, when both technological giants decided that no one could download the video game. Apple threatened to withdraw its developer license. However, US District Court Judge Yvonne González Rogers prohibited Apple from removing the Epic Games developer tool from its mobile stores. “Epic Games and Apple are free to litigate against each other, but their dispute should not create problems for third parties,” the magistrate has determined.

6. If I have an Apple device, can I play Fortnite?

Only those who downloaded the game before Apple removed it from its ecosystem. And with another caveat. The new Fortnite season began this Thursday, but, as Epic Games needs, the update necessary to access all the content, such as the battle pass, will not be available on iOS or macOS.

7. What would it have meant if your developer license had been withdrawn?

The applications that inhabit the Apple ecosystem are always signed by the company. With this signature, the technology recognizes that you are an identified and trusted developer. If it is removed, when the devices try to execute the app, read the signature and see that it is not recognized by Apple, they just won’t open it. The direct consequence would have been that none of the tools created by Epic Games would work in the App Store, as with Unreal Engine, a graphics engine that other companies use to develop their own titles and for which they charge the relevant commissions.

8. Why does Microsoft support Epic Games?

Because it uses the Unreal Engine graphics engine to create its own video games, which would be incompatible with any device that uses iOS and macOS. “We must choose between abandoning potential customers and users on the iOS and macOS platforms or having a different game engine when we prepare to develop new video games,” explained company sources.

9. Is it common for platforms to charge 30% in commissions?

Completely. In the environment gaming, Microsoft, Sony, Nintendo and Steam work with this percentage. If we look at other sectors, the figure shoots up. Amazon takes half of purchases and rentals on Prime Video and 65% of publications on Kindle that cost more than $ 10; StubHub 37% of ticket resale; Google 45% of YouTube ads; and Kobo up to 68% of audiobooks. To mention other well-known platforms, Uber gets 25%, Airbnb up to 20% and eBay 12%.

10. What are the currently best-selling video games?

It is convenient to differentiate between paid and free games –free to play in slang gamer—. If we look at the first category, Ghost of tsushima, Animal Crossing: New Horizons, The Last of Us Part II and Grand theft auto v would be the most purchased currently. Special mention deserves Minecraft, the best-selling title in history, surpassing 200 million copies and 125 million monthly active users. For the second category, whose source of income is in-game purchases, Fortnite and League of Legends They are the undisputed kings. If Epic Games had a turnover of 1,520 million euros last year, Riot Games follows closely with 1,270 million.

11. What platforms do gamers prefer?

The great dominator of video games is the PC. Despite the fact that year after year mobile devices have cut part of its hegemony, they still have a good way to go to unseat it. According to a Statista study, between the two are consoles, specifically the Nintendo Switch and the PlayStation, which will launch its fifth version at the end of this year. Behind of smartphones and tablets would be the Xbox, which in November will feature Series X, and Mac computers. If we focus solely on Fortnite, only 22% of users play on mobile.

12. Can I play on different devices?

Generally, most developers choose to release video games on all possible platforms. Faced with the boom in gameplay on-line, converted almost into an unwritten norm, the titles are multiplatform. A feature baptized as cross-play. As it happens in Fortnite, in the same game there are PC, mobile, Xbox, Nintendo and PlayStation players. It is true that, in the case of video consoles, companies keep certain exclusive releases as a hook to attract and retain more players — worth the saga Uncharted on PlayStation or on Super Mario on Nintendo Switch.

Peace agreement with Israel may be signed by another Arab country 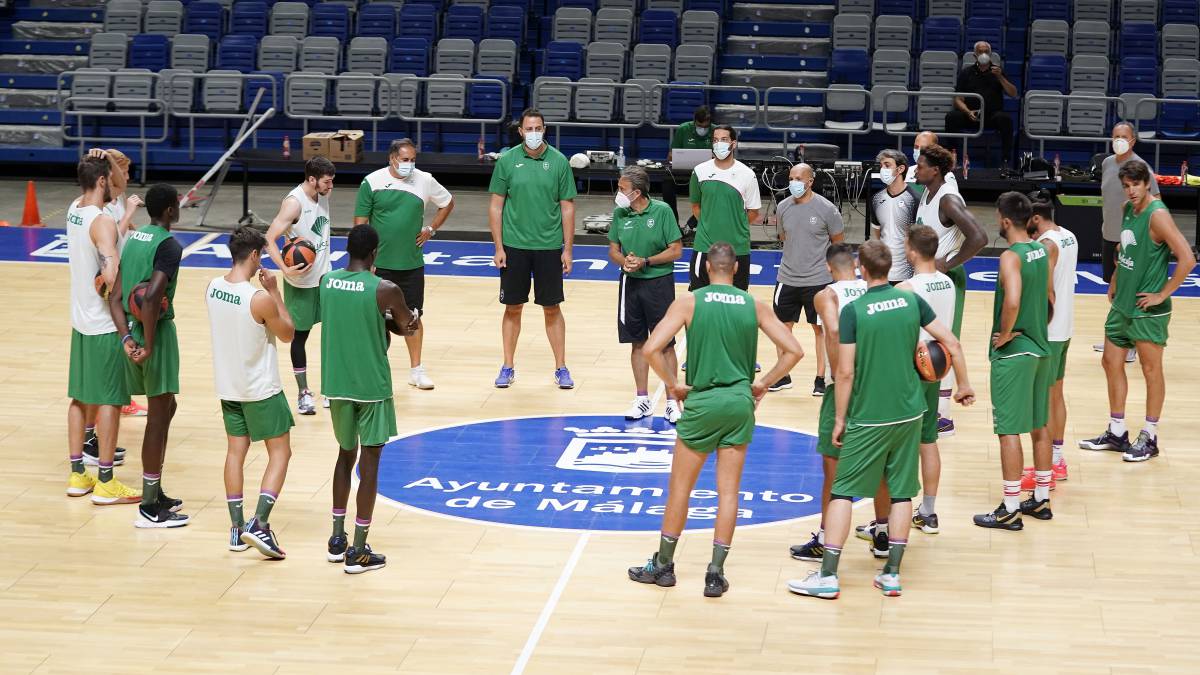 Barcelona have not beaten Unicaja in Malaga since 2015 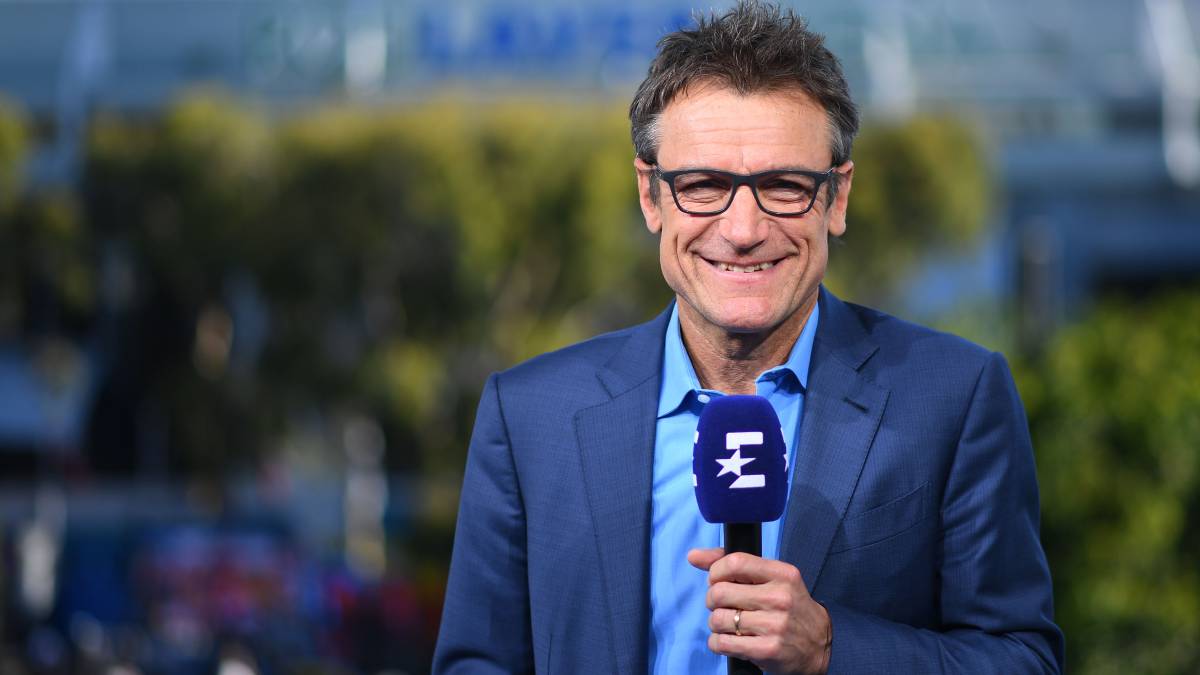 Wilander: “This is the year Nadal is the least favorite”