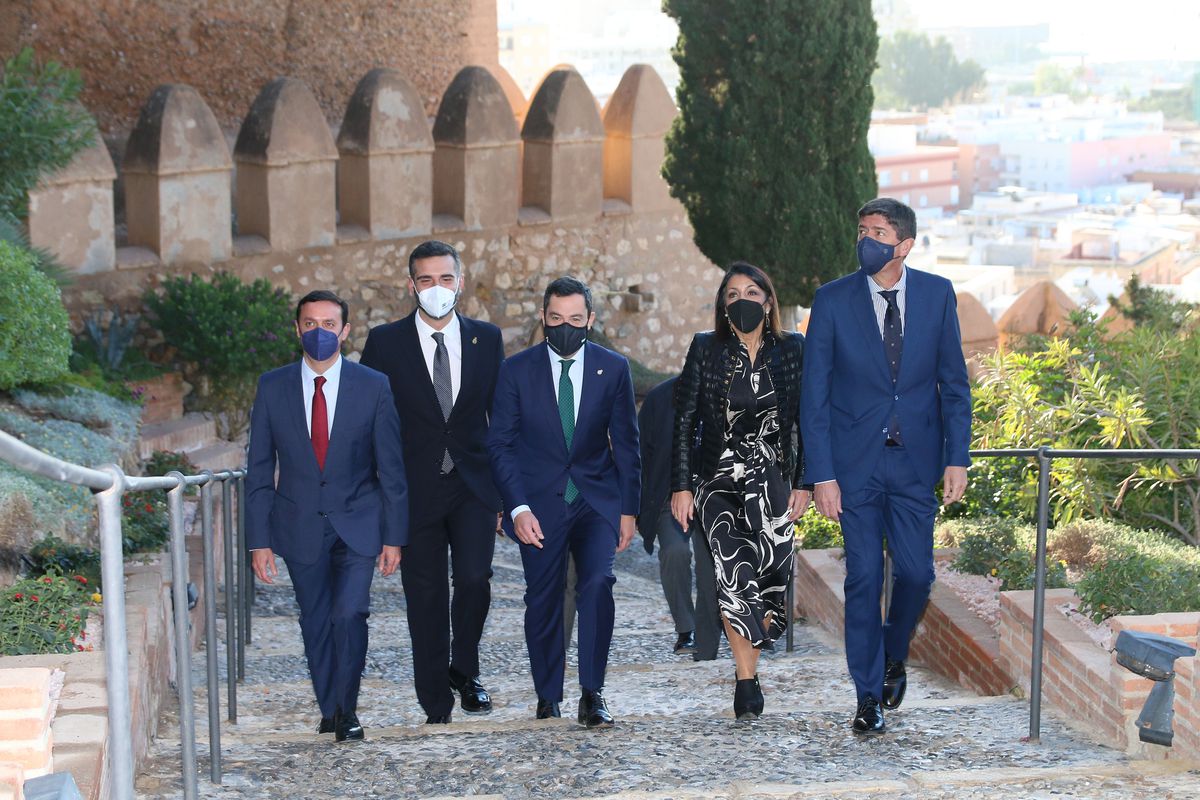 The vice president of the Junta de Andalucía and territorial leader of Citizens, Juan Marín, has left the meeting of the Governing Council, which is held in Almería, on Tuesday to be treated at the Torrecárdenas Hospital in the capital of Almería after suffering dizziness. Party sources have indicated to this newspaper that it is under observation.

The president of the Board, Juan Manuel Moreno, has indicated in the press conference after the Governing Council in which he had to be accompanied by Marín, that “the news that reaches him from the health officials confirm that his condition is not serious. ”.

Marín had just given an interview to Canal Sur Radio to talk about the evolution of the pandemic in the community and was posing for the photo prior to the start of the Governing Council meeting, at the Alcazaba Palace in the capital of Almería, when he began to feel bad. The same Health Minister, Jesús Aguirre, a doctor by profession, treated him at first. An ambulance took him to the hospital to undergo an examination.

See also  "The Lost Leonardo": No redemption for the Redeemer

The leader of Ciudadanos had previously suffered an episode of heart attack. Marín was recently elected his party’s candidate for the presidency of the Junta de Andalucía in a process of express primaries and full of controversy due to the problems with the presentation of the candidacy of one of his main rivals, the regional deputy for Córdoba, Fran Carrillo . In one of the campaign events, Marín burst into tears with emotion and recognized the wear and tear of these years and how he had lost friends due to his political ideas.

Important deadline could be extended