The veto of the PP to progressive judges, last obstacle to renew the Judicial Power 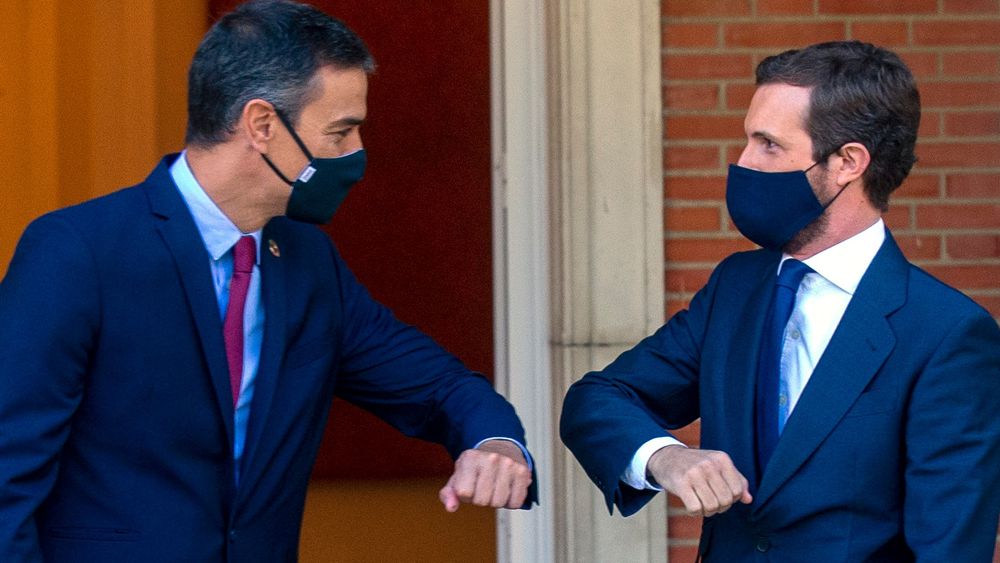 The long game of poker between the PSOE and the PP that the renewal of the Judiciary has become comes to an end and the latest movements can break everything. The PP assured this Monday that the PSOE has agreed to leave United Podemos out of the General Council of the Judiciary, but both the PSOE and Pablo Iglesias’ group denied it. The popular veto names close to Podemos such as José Ricardo De Prada, judge of the Gürtel decisive in the sentence that precipitated the end of Mariano Rajoy, and former deputy Vicky Rosell. Time is running out. On Thursday a part of the RTVE Council is voted and a block pact is sought before: television, the Judicial Power, the Constitutional Court and the Ombudsman.

At this point, the deal seems imminent. But now the difficulty is how to sell it. This time the PP has a sword of Damocles that it did not suffer before: if it is left out of the negotiation of the RTVE Council, which is partially voted on Thursday in Congress – 6 of its 12 members, to be chosen from among the 87 who have passed the public tender -, you run the risk that this key organism could be renewed without your assistance.

In the first vote, on Thursday, the support of two thirds of Congress is needed. In other words, the PP is essential. But in the second, after 15 days, an absolute majority and the vote of five groups is enough, something that the PSOE and United We can achieve without the PP.

For this reason, this Thursday’s vote precipitates the whole package —RTVE, CGPJ, Constitutional Court and Ombudsman— and it is foreseeable that before that moment the complete agreement will be announced. But everything could be ruined at any moment, because the negotiators admit that the agreement is “held with pins” and there are so many variables that the negotiation can explode suddenly.

There are already many names on the table, although sources of the negotiation insist that none is final. As president of the Judiciary, Judge Pilar Teso has gained a lot of strength, but there are also Judge Ana Ferrer or Encarnación Roca. For the Ombudsman, the socialist deputy Ángel Gabilondo is almost taken for granted.

In this context of very fragile negotiations, the PP chose on Monday to launch a depth charge that for a moment seemed to blow up attempts to reach an agreement, although several sources indicate that negotiations are continuing. The secretary general of the Popular Party, Teodoro García Egea, the main negotiator in this final stretch with Félix Bolaños, Pedro Sánchez’s henchman, assured that the PSOE has accepted Pablo Casado’s condition of separating Podemos from the negotiation for the renewal of the Power of attorney.

Both the socialist sector of the Government and the United We can deny the version of the number two of the PP and pointed out that Bolaños, the man who speaks with the PP, does so on behalf of the entire coalition government, also of United We Can. These same sources add that there is nothing closed at the moment, so drawing conclusions about the negotiation is still premature.

García Egea went further. Not only did he say that Podemos “is on the sidelines of the conversations,” something that is real because he was never in the meetings. In the two long years that the mandate of the Judiciary has expired, the negotiation has always been between the PSOE and the PP. In an interview at COPE, García Egea touched the most sensitive key: the Churches party “will not be” nor will it “have people” in the governing body of the judges, he assured. And he also said that this was already accepted by the PSOE.

In the video, on February 14, the secretary general of the Popular Party, Teodoro García Egea, assures that his formation asked to leave Unidos Podemos out of the negotiation.PHOTO: RODRIGO JIMÉNEZ (EFE) | VIDEO: COPE

This would be a very different jump. United We can accept not being in the conversations, and in fact it does not seem to have much information about how they happen, but it could not assume to be left out of the Judiciary when historically even IU, not to mention the nationalists, was present with much fewer votes than United We Can and without being within the Government. That would be a hard blow that could destabilize the Executive. That is why both United We Can and the PSOE and La Moncloa unofficially assured that the group of Churches will have close members. In principle they should be two of the 20.

And there comes the difficult point of the negotiation. United We had for these two positions, for months, two names chosen: that of magistrate De Prada, key in the sentence of the Gürtel case that motivated the motion of censure that overthrew Rajoy, and therefore anathema for the PP, and Rosell , a judge who has been a deputy for United We Can and is now a government delegate against gender violence.

The presence of either of these two judges would show that the PP lies and Unidos Podemos is in the CGPJ. But the group of Iglesias has more options that also correspond to its sensitivity, and ensures that in any case, when the 20 names are known, it will be seen that it is there.

The PP, on the contrary, will try to convince its toughest sector, contrary to the pact, that it has left out the clearer profiles of United We Can. “Our deputies are not going to vote for anyone unaffordable for us,” say PP sources in clear reference especially to De Prada. The pact includes that all the deputies of both blocks must support the members of the other.

The problem is no longer so much of names as of jurisdiction. All the negotiations of the Judicial Power have been resolved with a maxim: nobody vetoes the names of the rival. But this time the PP wants to veto.

The secretary of Organization of the PSOE, José Luis Ábalos, flatly rejected this approach of the PP. He said that after two years of the expired mandate of the CGPJ and after the Catalan elections, the PP “has no more excuses.” “For that reason, I trust that they reconsider and agree to an agreement without blackmail or vetoes,” he said. A clear warning to the popular.

In the video, this Monday, the secretary of Organization of the PSOE, José Luis Ábalos rejects the “vetoes” of the PP to renew the CGPJ.PHOTO: PSOE | VIDEO: EUROPA PRESS

Ábalos also pointed out, as had been agreed internally in the Government, that La Moncloa negotiates with the PP on behalf of the entire Executive; that is, also from United We Can. Meanwhile, the parliamentary spokesman of this group, Pablo Echenique, crossed out the version spread by the popular as “false news.” “I don’t know why he has lied, but he has lied,” said Echenique on TVE. “Either to sabotage the conversations or because he is afraid that Vox will call them ‘cowardly right,” he concluded. 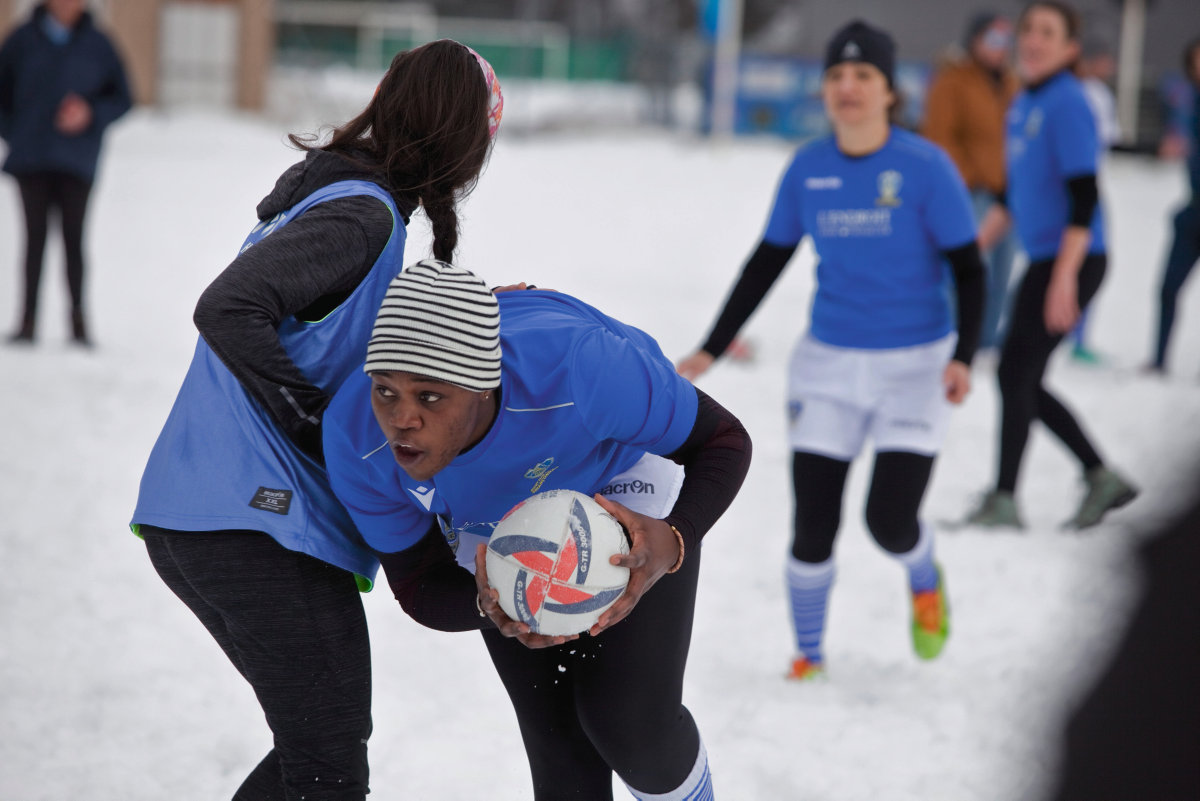 “Separatism” puts LaREM to the test

Twitter has blocked the accounts of the Valdai Club