The Vessel, the great attraction of New York that does not admit single visitors 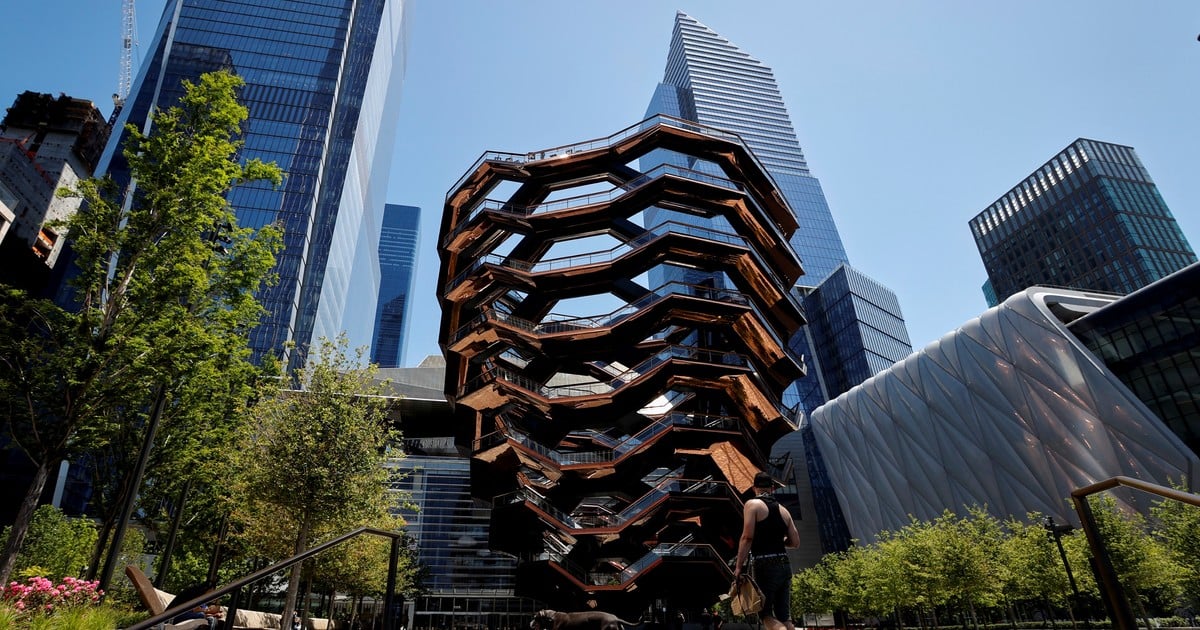 “The Vessel”, the monumental sculpture of New York which closed at the beginning of the year after several people they will commit suicide when jumping from the top of the structure, it reopened at the end of May, but all visitors must enter accompanied, and the presence of security guards will be three times greater.

“The Vessel”, a complex spiral staircase made up of more than 2,500 steps over 45 meters high, announced its temporary closure last January, a day after a 21-year-old committed suicide on the spot. the third person to jump into the void from this building in less than a year.

Considered one of the new tourist attractions from New York, “The Vessel” can only be accessed by anyone who goes as a couple or in a group, and visitors will be closely watched by guards who have been specially trained to detect behavior that may indicate that a person is considering self-harm.

The steps of the structure, the day it was inaugurated in 2019. Photo TIMOTHY A. CLARY / AFP

Both in posters in the sculpture and in the access tickets, which were previously free and will now be priced at $ 10, messages will be read to try to prevent suicides.

“‘The Vessel’ is extraordinary for the people who visit it, and for the fact of experiencing it with others. Each one of us matters to us, just as many others do,” reads the text of the entries.

Related Companies, the company responsible for the Hudson Yards development complex, where the sculpture is located, has refused to increase the height of the barriers flanking the flights of stairs and the corridors that connect them, as one report had recommended.

The construction company refused to raise the height of the barriers. Photo AP Photo / Mark Lennihan

Lowell Kern, the president of one of the community boards present in the area, told local media that although they are happy with the changes, they expected them to be greater.

“We do not believe that this is enough. The only way to prevent future tragedies is by raising the height of the barriers,” he said.

The sculpture, which was unveiled in 2019, cost about $ 200 million and was featured as one of the centerpieces of Hudson Yards, described as the most expensive private development project in U.S. history, involving an investment of about $ 25,000. millions of dollars.