“The verdict is a step forward”: Biden after sentencing for the murder of George Floyd 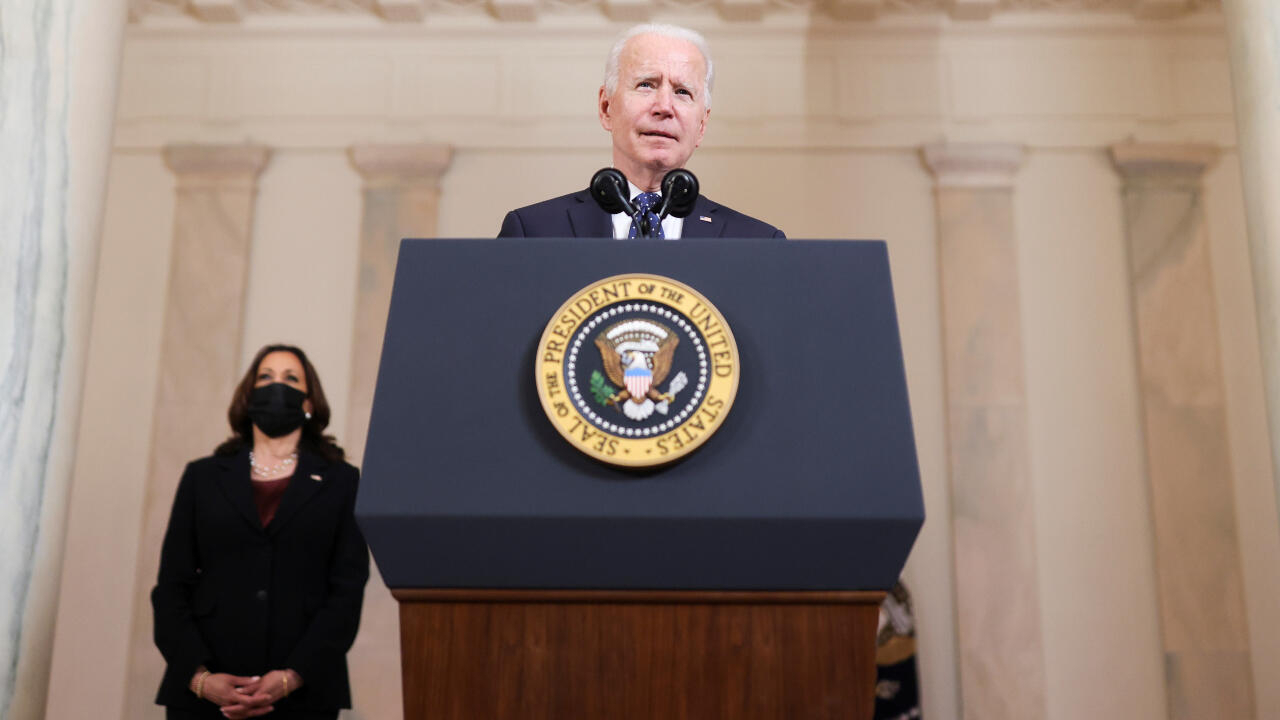 The former Minneapolis police officer was found guilty of all counts for the murder of George Floyd and there were shouts of jubilation and more calls for Justice in the streets. President Biden supports a police reform, underway in Congress, and there is expectation in the streets for the trials to come. As the country focused on the verdict, police killed a 16-year-old African-American girl in Ohio.

Former police officer Derek Chauvin could face up to 40 years in prison after being convicted of the murder of African American George Floyd by jury in Minneapolis, Minnesota. But to know the final sentence, you must first wait for the judge’s sentence and overcome the appeal that the defense of the ex-officer will surely present.

That’s why for Minnesota State Attorney General Keith Ellison, the verdict that found Chauvin guilty of second- and third-degree murder and manslaughter is a “first step toward justice.” For him, this should be a starting point towards police reform. “We have to use this verdict as a turning point,” said the prosecutor, and he is not the only one who sees it in that sense.

President Joe Biden and Vice President Kamala Harris watched the verdict from the White House, spoke with the Floyd family and headed to the country. “It was murder in broad daylight,” Biden said, “and tore the bandages for the whole world to see the systemic racism … that is a stain on the soul of our nation, the knee on the neck. of Justice for African Americans ”.

The president announced that Vice President Kamala Harris helped draft the George Floyd Law for Police Justice, which is ongoing in Congress and has already passed the debate in the House of Representatives. Biden described it as “legislation to address systemic misconduct in police departments, to restore trust between law enforcement and the individuals entrusted with service and protection.”

“A jury in Minnesota found former police officer Derek Chauvin guilty of murdering George Floyd. The verdict is a step forward,” the president said on his social media, “and although nothing can bring George Floyd back, he can be a big step in the march towards Justice in the United States. “

The verdict is a step forward.

And while nothing can ever bring George Floyd back, this can be a giant step forward on the march towards justice in America.


In his speech, Biden took the opportunity to exert pressure for the Republican caucus to confirm Vanita Gupta and Kristen Clarke in two strategic positions around this matter in the Department of Justice. Biden described them as “eminently qualified and highly respected attorneys who have spent their entire careers fighting to promote racial equity and Justice.” According to the president, Gupta and Clarke “have the experience and skill necessary to advance our Administration’s priorities to eradicate unconstitutional policing and reform our criminal justice system.”

The verdict against Chauvin brought some relief in Minneapolis, where hundreds gathered at the crime scene, renamed ‘George Floyd Square’ by the city. “We can breathe again,” Floyd’s brother Philonise said in a statement to the press, adding: “We have to protest because this seems like a never ending cycle.”

In the streets of the city, the verdict against Floyd’s murderer was a reason to ask for justice in the case of Daunte Wright, a young African American who died after a point-blank shot by a uniformed woman on April 11, a few kilometers where the crime against Floyd occurred. Kimberly Potter, who surrendered her badge, is charged with manslaughter in that case.

And on the night of Tuesday, April 20, as the country processed the verdict against Chauvin, a new protest movement broke out in Columbus, Ohio. An African-American minor threatened two women with a knife in that city and the police opened fire. The girl, identified by her family as Ma’Khia Bryant, was 16 years old and died at the scene.

The head of the city police department said he made the video of the events public for the sake of “transparency.” The officer who opened fire was not identified, but the video indicates that he is white. The chief said they would “take him off the streets” pending an investigation.

When the video was released, local television showed a growing crowd of protesters on the city streets after dark, confronting a small line of police officers on bicycles. The first reports indicated that they were peaceful protests.

Kevin Feige confirms that Dr. Strange was going to be part of WandaVision