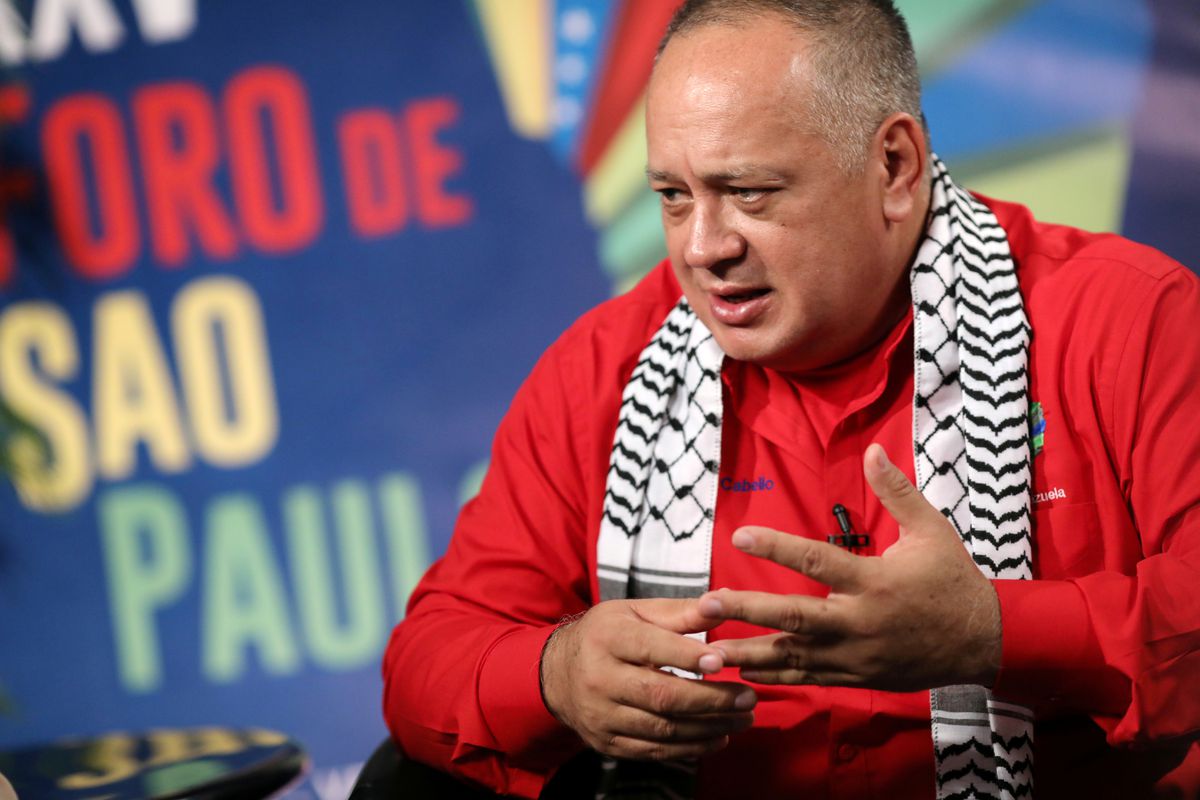 The Civil Cassation Chamber of the Supreme Court of Justice of Venezuela has issued a ruling in which it obliges the newspaper The National to deliver 13 million dollars to Diosdado Cabello, number two of the Bolivarian regime and vice president of the United Socialist Party of Venezuela, for moral damages and defamation.

Cabello’s complaint against The National, one of the newspapers with the longest editorial tradition in Venezuela in the 20th century, took place after the media published in 2015 some statements by Lieutenant Commander Leamsy Salazar, Hugo Chávez’s security chief for years, who accused Cabello of having links with drug trafficking. Salazar had defected to the United States shortly before. Salazar’s allegations were originally published by the Spanish newspaper ABC and replicated by international agencies and media.

According to the sources consulted, the ruling would oblige the company to hand over its headquarters as part of the payment, a modern building acquired in 2007. Cabello himself has commented on this eventuality in his television program, and has promised that in that case he would convert to the facilities of El Nacional “in a university.”

“The regime intends to expropriate The National and give it to Diosdado Cabello ”, declared its director, Miguel Henrique Otero, now exiled in Madrid. “I do not think that The National is going to disappear. It is now a website. The facilities and the press will disappear, but we will continue to report, ”he said.

In addition to The National, in 2015 Cabello had also sued the directors of the newspapers As it is, founded by Teodoro Petkoff, and the information portal The Pin, led by Alberto Ravell, for replying to comments in which he had been harmed by similar accusations. These legal proceedings, publicly commented on by Cabello, are continuing. Some are on appeal. Certain individual cases were resolved after mediations between the parties that led to the withdrawal of charges.

“Soon the demand for The National and of As it is he’s rolling around, ”Cabello had commented in October. “Now they say that Diosdado is persecuting them. If they don’t pay that, I have to go against what they have. I’m going to demand that they pay. I do not threaten anyone, we do not persecute anyone, so what we have left is to go to court. I am demanding, I felt aggrieved by information that they put against me without presenting a single proof, that’s why I sued them. “

Commenting that the measure crudely portrays “the arrogance of power,” the lawyer and opposition politician Ramón José Medina criticizes the marked imbalance “between the proportionality of the claim and the amount. $ 13 million for non-pecuniary damage is outrageous. In addition, criminal responsibility for information must be assumed by the medium that issued the original statement. ” Medina had been involved in Cabello’s lawsuit, despite the fact that he was 9 years old and was not on the newspaper’s Board of Directors.

The Rapporteur for Freedom of Expression of the Inter-American Commission on Human Rights states: “The faithful reproduction of information does not give rise to responsibility, even in cases in which the information reproduced is not correct and could damage the honor of some person. . The bases of this doctrine are found in the need for freedom of expression and information for the existence of a democratic society ”.

Founded by the writer Miguel Otero Silva in 1941, initially with a moderate left orientation, The National He was one of the darlings of Venezuelan public opinion and one of the great informative references of the country throughout the 20th century. Many Latin American and Spanish intellectuals in exile came to its pages, at a time when the region was dominated by dictatorships. It has also been considered a training school for many journalists in the country.

Miguel Henrique Otero gradually assumed the management of the company after the death of his father in 1985. The National he had a time of coincidence and closeness with Hugo Chávez during his first candidacy, in 1998, and then irretrievably antagonized during his second year of his government. The Chávez government repeatedly accused Otero of conspiring to overthrow him and harshly criticized his editorial orientation. The old headquarters of the newspaper, in the center of the city, was massively attacked by Chavista militants on several occasions.

At the end of 2017, strangled with tax pressures, the economic crisis and a shortage of paper, The National announced the end of its printed edition and the strengthening of its digital version. It is the moment when the remaining staff journalists, those who had decided to fight to the end, had to resign and their newsroom was left empty.

The National He took on his new surgery and adopted a smaller newsroom with new members for his website, which continues to function. This process has had to be assumed by many traditional publishing companies in other Venezuelan cities in the face of the Chavista siege.