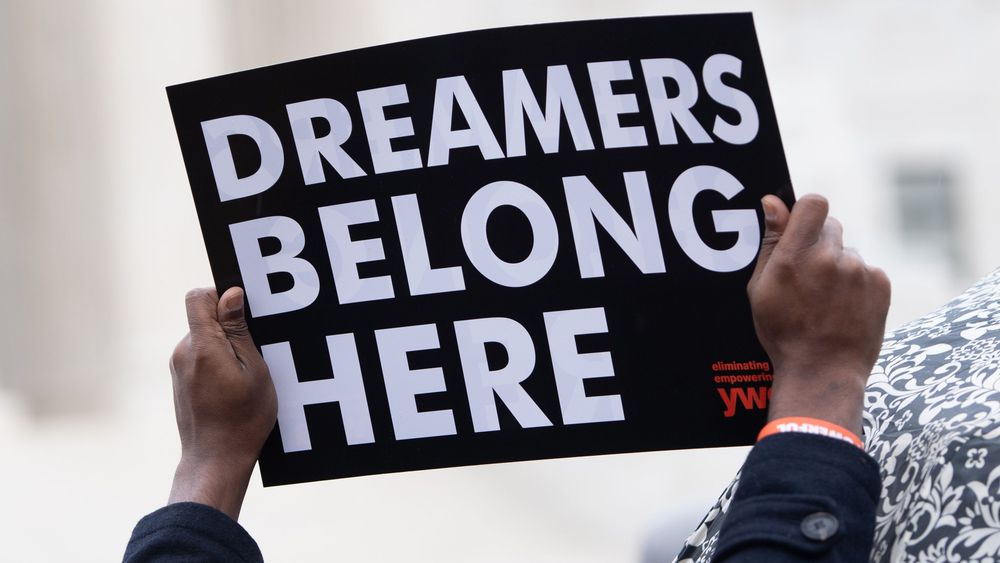 The United States House of Representatives approved a bill on Thursday that provides for the creation of a path to nationality for millions of immigrants without documents. Still pending an uncertain process in the Senate, it is one of the key pieces of President Joe Biden’s immigration reform project, which is now in the air due to the pronounced increase in arrivals of immigrants to the southern border of the country. that threatens to saturate the reception capacity.

The bill, passed by 228 to 197 votes, with just nine Republican congressmen joining the Democratic majority, provides a path to nationality for about 2.5 million undocumented immigrants. It includes those known as dreamersThose who came to the country illegally with their parents as minors, to whom President Barack Obama offered protection against deportation that the Trump Administration endeavored to eliminate. There are also about 400,000 people who were granted Temporary Protected Status, for being fled from a dozen particularly dangerous countries.

A second bill, slated to be passed this Thursday as well, provides an avenue for obtaining the green card, or permanent residence, to immigrants who worked in the fields. This is expected to have more support from Republicans.

“Parents bring their children, their hopes, their dreams and their aspirations to achieve a better future for their children. That courage, that determination, those aspirations are American traits, “said the Speaker of the House, Democrat Nancy Pelosi, who referred to the dreamers as “true and legitimate heirs of the founding fathers” of the country.

Immigration law is always deeply divisive on Capitol Hill. In a Senate divided into 50 legislators from each party, Democrats have the runoff vote for Vice President Kamala Harris. But only with 10 Republican votes could they avoid blocking the legislation in the upper house through filibustering. Getting those votes will not be easy, and less so with the situation on the southern border of the country, where records of arrests are registered, in many cases of unaccompanied minors, which threaten to overwhelm the capacity of reception of the United States.

The situation on the border, which the Biden Administration is reluctant to call a crisis, constitutes the president’s main challenge in these almost two months in office. And Republicans have found a weapon to brandish in the face of the important 2022 legislatures. “I am strongly opposed to this amnesty bill, and if you look at what’s happening on the southern border right now, the United States is up against it. to a serious crisis ”, said the chief of discipline of the Republican bench, Steve Scalise.

Described the devastating impact of bitcoin on the environment

Dimovil offers the best service in vehicles for companies

Video and photos .. Opening of the exhibition “The House of Egyptian-Emirati Art”