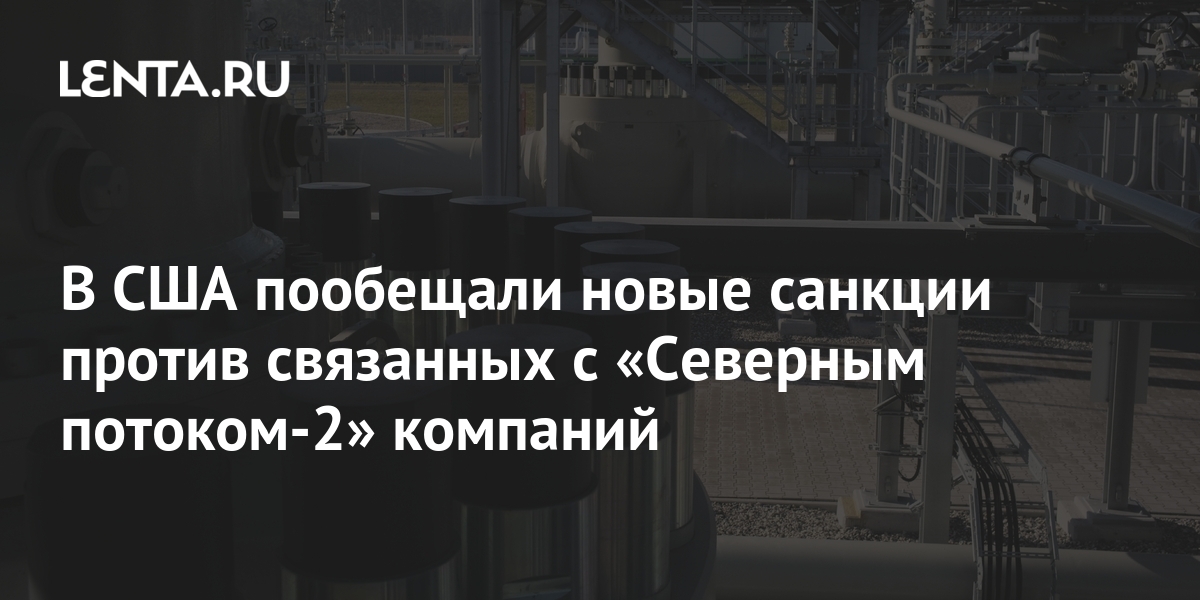 The United States will continue to impose sanctions against Russian companies associated with the construction of the Nord Stream 2 gas pipeline. This was announced on Sunday, June 20, by US National Security Advisor Jake Sullivan. TASS…

According to him, American leader Joe Biden refused to impose restrictions on European companies, but plans to continue pursuing companies from Russia.

“The question is whether we will directly pursue, using our sanctions powers, our European partners, allies and friends. President Biden said: I am not ready to do this, but I am ready to impose sanctions against Russian organizations involved in the construction of Nord Stream 2 every 90 days, ”Sullivan explained.

Earlier it was reported that the US State Department insisted on the imposition of sanctions against Nord Stream 2 AG, which is involved in the construction of the Nord Stream 2 gas pipeline, but Biden, as well as high-ranking representatives of the National Security Council, abandoned the restrictions due to fear of spoiling relations with Germany …

Initially, the launch of Nord Stream 2 was scheduled for late 2019, but due to US sanctions it had to be postponed several times. Russian President Vladimir Putin said in June that the completion of the second branch of the pipeline would take place in one and a half to two months. The first line began to be filled with gas on 11 June.