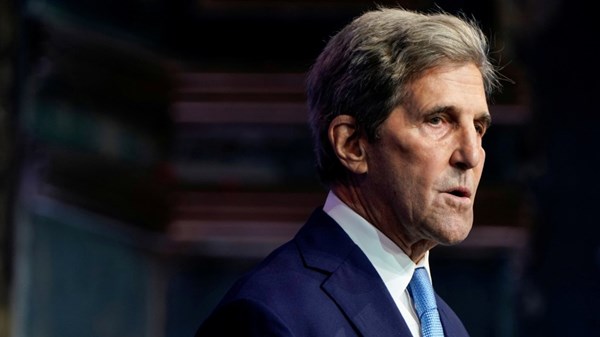 John Kerry, the US special envoy for climate change, called today, Thursday, for intensifying global steps aimed at confronting climate change.
Kerry, who has been appointed by the new US President Joe Biden as special envoy on climate change, said the world needs to sharply cut its dependence on coal and other fossil fuels.
This came, while presenting the position of the new US President’s administration on environmental issues.
“Failure at the Glasgow conference is not an option,” Kerry said during an online forum in Milan of G20 business leaders, referring to an international climate conference to be held in Scotland in November.
Kerry added, in his first statement after assuming the high position created by Biden, that the United States is returning to global climate talks “shyly” after “we abandoned them for four lost years” during the era of former President Donald Trump, who withdrew the country from the Paris climate agreement.
Kerry was US Secretary of State during the era of former President Barack Obama.

Hockey Patrik Laine was on the sidelines for the third consecutive match, with a strong win for Ottawa