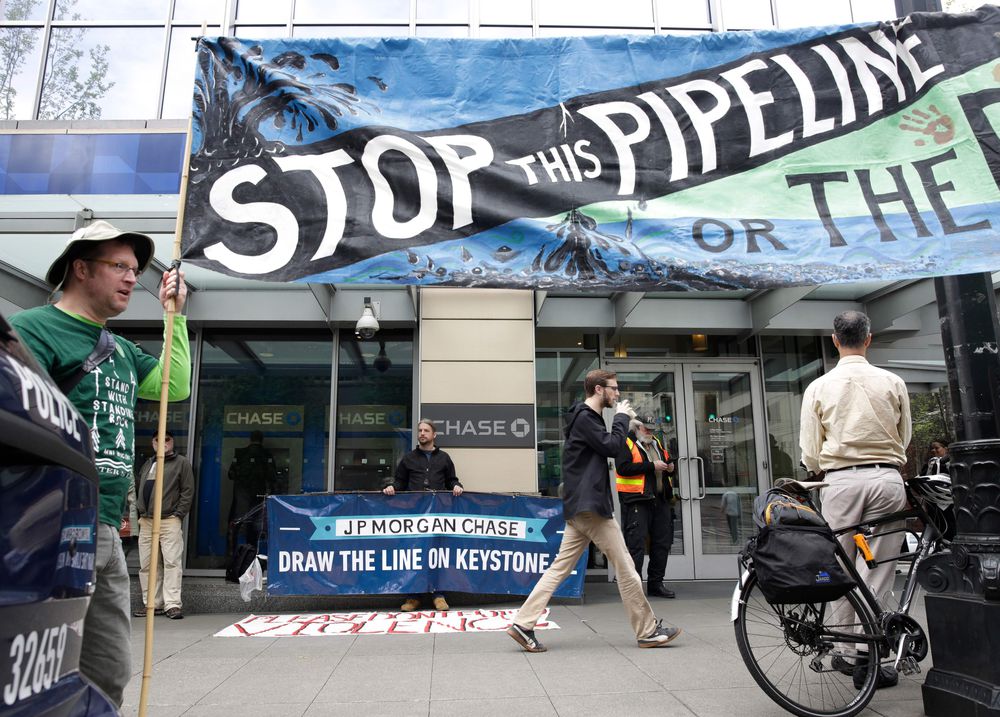 The inauguration of Joe Biden as president of the United States points to a normalization of bilateral relations with Canada. The feeling in the country is that they will be more predictable and cordial with the Democrat, although not perfect. The differences between Americans and Canadians on different issues are part of their history. Within hours of taking office, Biden signed 17 decrees to quickly distance himself from various provisions of Donald Trump. One of them directly affects its northern neighbor: the rescission of permits for the construction and exploitation of the Keystone XL pipeline, an artery planned to send Canadian crude to US refineries.

The project has been accompanied since its inception – more than 12 years ago – by a chorus of opposition voices and judicial resources, especially by environmentalists and indigenous groups. Keystone XL sought to connect Hardisty (Alberta) with Steele City (Nebraska) to transport about 830,000 barrels of oil per day over 1,930 kilometers. Other existing lines would serve to send the hydrocarbon to refineries in Texas. The total cost of the project is around 8,000 million dollars. Barack Obama stopped the initiative in 2015, but Trump reauthorized it in 2017.

Joe Biden’s executive order on Keystone XL has not come as a surprise, as it was one of his campaign promises. At one of his rallies, he commented that this pipeline would be used to transport oil from “tar sands that we do not need.” “In fact, they are highly polluting,” he added. The suspension of this project and the return to the Paris Agreement are part of Biden’s environmental agenda. However, different Canadian economists have highlighted an additional reason: the United States has considerably increased oil production within its borders (in 2019, domestic oil consumption required only 3% of the total in imports).

The liberal Trudeau government, which had enthusiastically received Trump’s authorization of the project in 2017, told Biden at various points – in his capacity as president-elect – that Keystone XL would be an important element in the matter of North American energy security and that the The oil to be extracted would be bound by strict environmental rules. For his part, Jason Kenney, Prime Minister of Alberta (the largest oil province), asked Biden to conduct a series of consultations before making a “hasty” decision, since the cancellation of the project would mean the loss of thousands of jobs and the weakening of bilateral ties. The Government of Alberta invested 1,000 million dollars in this work by the company TC Energy, in addition to offering some 4,600 million in loan guarantees. However, Biden did not change his mind.

Following the signing of the decree, Trudeau issued a statement. “We welcome President Biden’s commitment to fighting climate change, but we are disappointed in his decision related to the Keystone XL project. However, we acknowledge the president’s decision to fulfill the promise he made in the electoral campaign, ”the document stated. In addition, Trudeau said that workers, both in the western oil provinces and the rest of the country, will always have his support. Jason Kenney said he was “deeply disturbed” by the move, calling it “a blow to the Alberta and Canadian economies.” He also asked Trudeau to resume the dialogue on the issue with the new US administration, even requesting the imposition of trade sanctions. He also said the Alberta government is contemplating going to court.

In the federal sphere, the leaders of the Quebecois Bloc, the Green Party and the New Democratic Party expressed their support for Biden’s decision, since they consider that it is necessary to invest today more than ever in clean energy. Several civil organizations – like Greenpeace – pointed in the same direction. It is worth remembering the wave of criticism towards Trudeau in June 2019 for having nationalized the TransMountain pipeline and confirming its expansion a day after declaring the climate emergency.

Various analysts point out that Trudeau will hardly want to start a battle with the US government over Keystone XL. Trudeau still grapples with TransMountain-related claims, must stick to environmental goals, and knows that high barrel prices are a thing of the past. Furthermore, the political bill would be light by letting the project die, with future elections in sight. John Ibbitson commented on The Globe and Mail: “The first priority of any federal government, liberal or conservative, is to preserve jobs in central Canada [con bajas actividades petroleras], where most people live. This is just how the world turns. “

But another factor also invites us to think that Trudeau will choose to bury the ax: the new cycle of relations with the United States. Alec Castonguay wrote in L‘Actualité: “Canada is trying to reconnect that essential link with its historic ally. Now that the White House is led by a supportive and open-minded tenant, we must take advantage of the situation to solve some persistent problems: the conflict over lumber, the reincorporation of the United States in the fight against climate change, the management of the border for covid-19, that the Americans help free the two Canadians, Michael Spavor and Michael Kovrig, from the clutches of China. Putting all your eggs in the Keystone XL basket would not be the best way to rebuild the relationship. ” Faced with this scenario, it is unlikely that Trudeau will support the Alberta premier in his plans to revive the pipeline.

US to discuss Russian threat at NATO Defense Ministers meeting