The US celebrates its Juneteenth with demands for greater racial equality 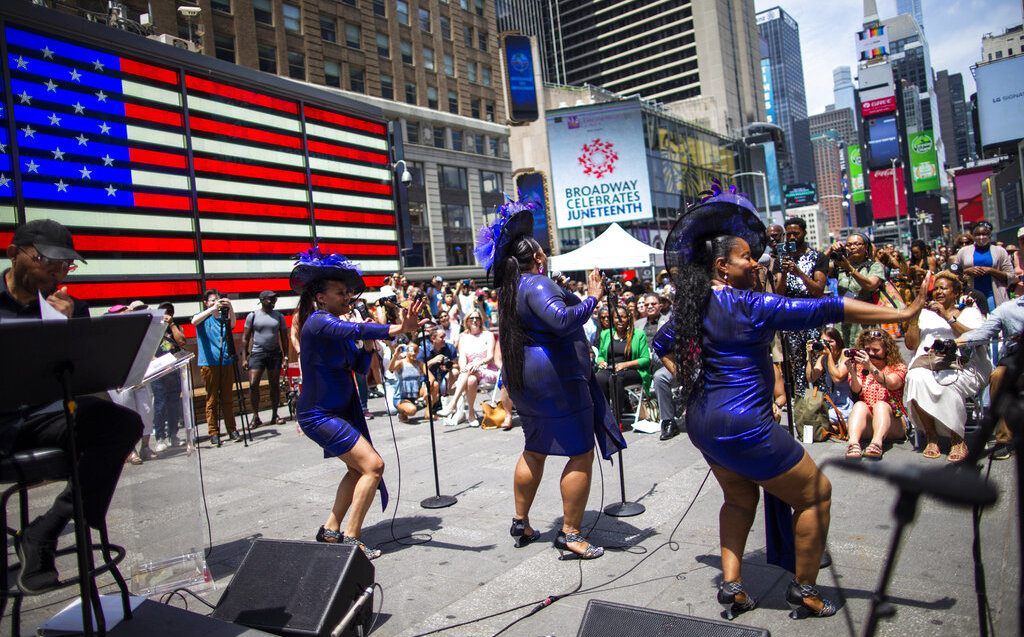 With marches, barbecues, music and speeches, the United States this Saturday celebrated the first “Juneteenth” as a national holiday that serves to commemorate the anniversary of the end of slavery, one year after the death of African American George Floyd.

Hundreds of events took place across the country, from New York to Los Angeles, and primarily in Galveston, Texas, the symbolic heart of the June 19 commemoration.

Floyd’s murder, which occurred in May 2020 at the hands of white police officer Derek Chauvin in Minneapolis, sparked a movement in the United States and abroad against racism and police brutality. This mobilization contributed, among other things, to raising the profile of the Juneteenth.

Festivity that has been held locally since 1866, the Juneteenth it is even more so this year because it is also the first national event to be held without sanitary restrictions, as most of the measures to fight the coronavirus pandemic have been lifted in recent weeks.

And on Thursday, President Joe Biden signed into law a law that makes June 19 a national holiday.

“I feel wonderful, I feel proud, I feel a sense of accomplishment for the fight,” she said. Sharonda newby at a rally in Galveston, where he grew up. “I feel like they’ve given us some momentum, some stamina to keep moving forward,” he added.

“It took a long time to arrive”, said Cheryl Green, 68, present at the unveiling of a statue of George Floyd in Brooklyn.

“It’s good that people recognize what happened … We should never forget and it shouldn’t happen again,” said Green, an African-American who lives in the New York neighborhood. “Changes are being made slowly, but surely.”

In Washington, several hundred people celebrated the anniversary by dancing on the avenue leading to the White House, renamed Black Lives Matter Plaza since the huge anti-racist protests sparked by Floyd’s death.

Kevin Blanks, a 29-year-old African-American educator, decided to attend the march to denounce racism “still too ingrained in the DNA of this country.”

“Our ancestors fought so hard,” added Danique McGuire, 51, and assured that “there is still a long way to go” before African Americans are truly free in America.

A poll released Tuesday by the Gallup Institute showed that 28 percent of Americans “knew nothing” about the anniversary.

The Struggle Persists for African Americans

Between January and May, 14 US states, including Georgia and Florida, passed laws to restrict voting opportunities, measures that are interpreted as intended to reduce the influence of the minority vote, especially from the black community.

A bill to guarantee broad access to the vote is currently being debated in the Senate, but its fate appears highly uncertain as many Republican lawmakers oppose it.

In order to Farah Louis, a black New York City Councilor, the proclamation of “Juneteenth” as a holiday and the momentum of the post-Floyd movement offer “an opportunity” for the African-American community.

“You have to hit the iron while it is hot”he said, referring to the debate on compensating for the ravages of slavery.

On Friday, the mayors of 11 cities, including Los Angeles and Denver, pledged to address the issue and invited Congress and the US government to follow suit.

“We see changes” in the country, he said. Terrence floyd at the unveiling in Brooklyn of the bust honoring his brother George.

The young man, who lives in New York, recently created a group called “We Are Floyd” to help “sustain the change,” he said. “Now is not a moment. It is a movement.”