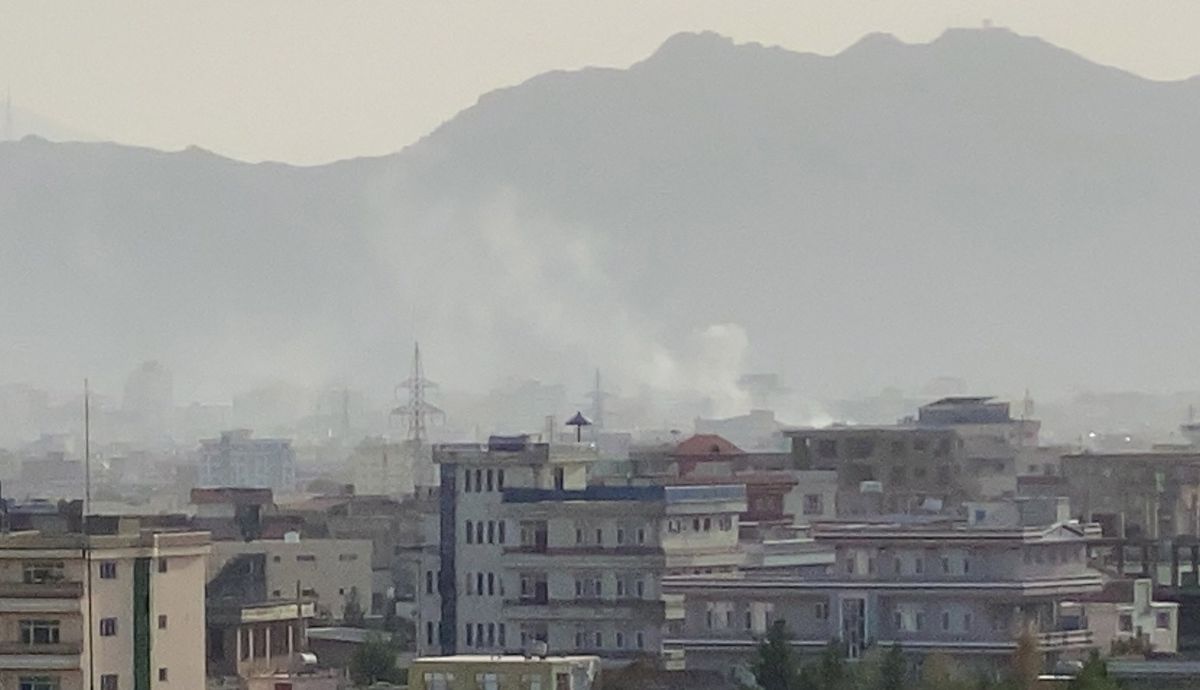 An explosion in the vicinity of the Kabul airport added tension on Sunday to the end of US evacuation operations. According to Afghan media, a missile has hit a nearby house and killed several civilians, including a child. Shortly after, a US military spokesman said that his aviation had destroyed an Islamic State car bomb that was heading for the airfield. It is not clear if it is the same incident. Previously, Washington had warned of the risk of an imminent attack and asked its citizens and Afghans to stay away from the compound.

“We are convinced of the success of the operation. The significant secondary explosions of the vehicle indicate the presence of a significant amount of explosive material, ”explained Captain Bill Urban, spokesman for Central Command (CENTCOM), in a statement. Urban also claims that they are “evaluating the possibility of civilian casualties” for which he says he has no indications. The attack, which carried out a drone from bases outside Afghanistan, eliminated, according to the spokesman, “an immediate threat from ISIS-K,” the local branch of the Islamic State.

Shortly before, the Afghan media had reported an explosion in the Khawja Bughra neighborhood, north of the airport. Witnesses interviewed by Shamshad News television reported that a missile had hit a house and started a fire. Later, other testimonies spoke of the death of up to six civilians, including a child. It is unknown whether this event is related to the US attack.

The Taliban have attributed the explosion to a US missile without mentioning that it had affected a home. “The vehicle and those who were inside it were killed in the drone attack,” Taliban spokesman Zabihullah Mujahid was quoted as saying by Reuters. According to Mujahid, the group is investigating whether the vehicle, in which three people were traveling, was actually driven by a suicide bomber and loaded with explosives.

ISIS-K, a rival group of both the West and the guerrillas that has seized power in Afghanistan, claimed responsibility for the attack last Thursday that caused a hundred deaths and 150 injuries. The United States killed two of its alleged members the next day in a retaliatory attack.

The US soldiers are already in the final phase of their departure from Afghanistan, after 20 years of an economic and human investment that many now question. The crowds that until now crowded the entrances to the airport have practically disappeared, in part due to the warning from the State Department that a new attack was imminent, but mainly because the Taliban have closed the access roads and intensified the controls.

Barely 1,000 civilians remained inside the compound early in the morning, according to Reuters, and the US military hoped to have them removed during the day, the last of the evacuation, before collecting their supplies and returning home. All the other countries involved have already left Afghanistan. Despite the 117,000 people the United States and its allies have managed to remove from the country since the Taliban seized power two weeks ago, a larger number have remained on the ground due to lack of flights and time.

The deadline that Washington set for the exit ends on Tuesday, but its soldiers need time to dismantle their facilities, pack the material that can be carried on the cargo planes and destroy everything that is not feasible to collect. The final hours are also the most difficult. There will be fewer and fewer soldiers and there will be a time when the Taliban militiamen will take control.

It is not clear if any kind of protocol has been agreed, as this is an unprecedented situation. Although the United States has not recognized the Taliban, whom it considers a terrorist organization and offers bounties on the heads of several of its leaders, it has been maintaining operational contacts with those responsible for the militia to organize the withdrawal. Even CIA Director William Burns met with Taliban political chief Abdulghani Baradar on Monday.

The Islamists, who have expressed their desire to resume commercial flights from Tuesday, say they have engineers and technicians to take over the airfield. “We are awaiting the final consent of the Americans to take full control of the Kabul airport, as both parties want a speedy transfer,” a Taliban official told Reuters.

In any case, it is going to be quite disturbing to take off in the last planes as the Taliban are occupying the airport. In fact, the militiamen are on the prowl. Since last Friday night they have been broadcasting images that they claim show the entry of units of their special forces into the military sector, something that was denied by the Pentagon.

Aliens: Fireteam Elite finally gets the treatment we deserve, I just hope it doesn’t go flat right away – PC