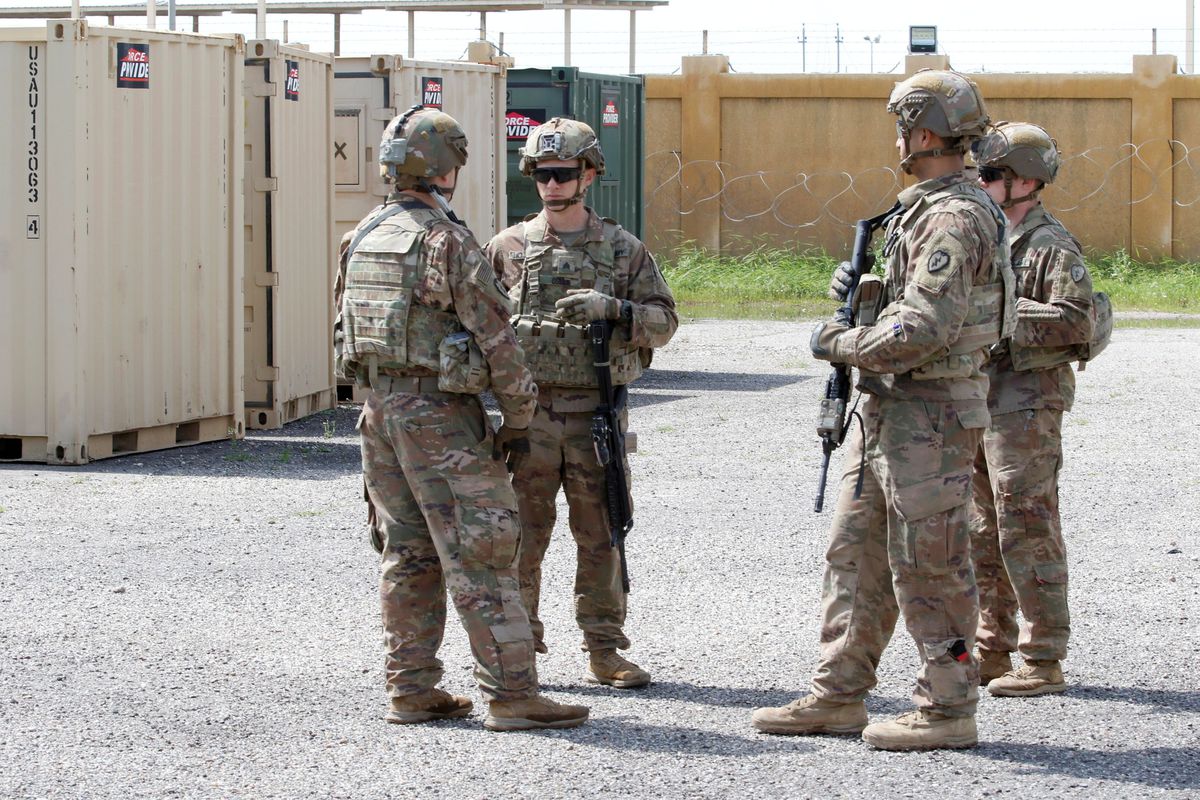 By order of President Joe Biden, the US carried out this Sunday a “precision defensive operation”, consisting of air strikes, against facilities used by pro-Iranian militias on the border between Syria and Iraq, the Pentagon has reported. In the statement, a Pentagon spokesman detailed that the targets were selected for hosting pro-Iranian militia bases that carry out drone attacks against US military personnel and facilities in Iraq. Specifically, the air strikes this Sunday have been directed against two towns in Syria and one in Iraq, all of them in the border region. Several militia groups backed by the Ayatollah regime, including Kataib Hezbollah and Kataib Sayid al Shuhada, have been using the bases attacked today.

“As has been demonstrated in the attacks tonight [hora local]President Biden has made it clear that he will act to protect US personnel. Given the series of attacks perpetrated by pro-Iranian groups against US interests in Iraq, the president has ordered military action to prevent more, ”the Pentagon statement continues. “We are in Iraq at the invitation of the Government of Baghdad, with the sole objective of supporting the Iraqi security forces in their attempt to defeat ISIS. [siglas inglesas de Ejército Islámico]”Continues the text, collected by the portal Eurasiareview.

The Pentagon’s explanation emphasizes that the US has acted guided by its right to defend itself, as enshrined in international law. “The US has taken the necessary, deliberate and proportionate actions to limit the risk of an escalation [de hostilidades], but it has also sent a clear deterrent message (…) The attacks [de EEUU] they have been both adequate to respond to the threat and limited in their objective ”.

Just a month after arriving in the White House, Biden ordered the first strike against pro-Iranian targets in Syria. It did so, as this Sunday, in retaliation for the launching of rockets against US targets in Iraq, at the hands of pro-Iranian militias operating on the border between the two Arab countries. It was the first military operation ordered in his mandate, although this Sunday has been broader in objectives, linked in both cases to the same groups. At least 22 militiamen were killed in the February action, according to the Syrian Observatory for Human Rights. The Pentagon statement does not record casualties in the attack perpetrated this Sunday.

Biden has focused his foreign policy on countering the threat from China, while trying to disengage from long-standing conflicts, such as the war in Afghanistan, from which he plans to withdraw troops before the summer, or those in the Middle East. But the threat of jihadist terrorism continues. The Biden Administration has adopted time limits on drone strikes to neutralize suspected terrorists outside combat zones in Afghanistan, Syria and Iraq. The measure was not publicly announced when it was adopted on January 20, the day of Biden’s inauguration. The authorities are also reviewing how much room for maneuver to give the military and the CIA in counterterrorism operations compared to those established during the Donald Trump administration.

In January 2020, Biden’s predecessor in the White House, Republican Donald Trump, came close to unleashing open hostilities by ordering the death of the head of the Iranian Revolutionary Guard, General Qasem Soleimani, in retaliation for attacks by pro-Iranian militiamen. , belonging to the aforementioned groups, against US personnel and interests in Iraq. Soleimani was killed at the Baghdad airport in a drone strike.