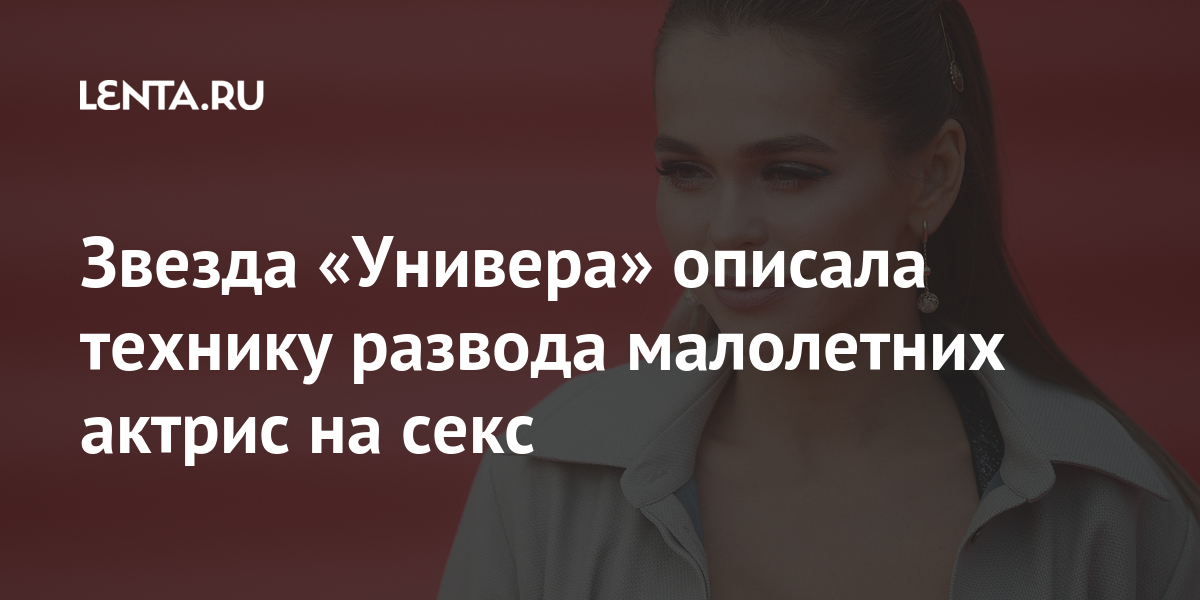 The star of the series “Univer” Anna Khilkevich, who fell victim to the director’s harassment at the age of 15, described in detail the technique of divorcing young actresses for sex. She recounted what happened in Instagram…

Initially, Khilkevich did not disclose the entire history of harassment, saying only that she was trying to get on the shooting for the Mosfilm studio. After screening, the 40-year-old director invited her to come to his house, which she did.

“We sat down on the sofa, he took out pieces of paper with text for samples and gave them to me. We started to read the scene by role. And then he says to me: “Anya, read this scene as if I am a grown man whom you desperately want. You have not had sex yet, but you want to experience it with me,” Khilkevich continued the story.

The actress suggested that the filmmaker acted “in his usual way of divorcing actresses for sex.” “I didn’t read it. I woke up at the moment when I realized that I was sitting on his lap and he was trying to overwhelm me. I jumped up as if stung and rushed to the exit. Honestly, I thought they wouldn’t let me out, and I would be raped right there, ”she recalled.

After that, the director let Khilkevich out of the apartment: “I went out onto the road, the bright sun was blinding, but the feeling of filth and filth never left me. Although nothing really terrible happened, but that was enough for me. “

The actress added that soon she received a call from the film company, saying that she had been approved for the role, but Khilkevich refused to act: “I don’t need the roles obtained in this way, and it’s not known how this unfinished story could turn out further.”

Anna Khilkevich played one of the main roles in the TV series “Univer. New hostel “, which was later called” Univer “. She also starred in the series “Call DiCaprio!”, “Give Youth!” and “Barvikha” and in the films “The Snow Queen 2: Re-freezing”, “What Men Do!”, “Fir-Trees 5”.

Corona sequelae in children: Cases are also increasing in Germany