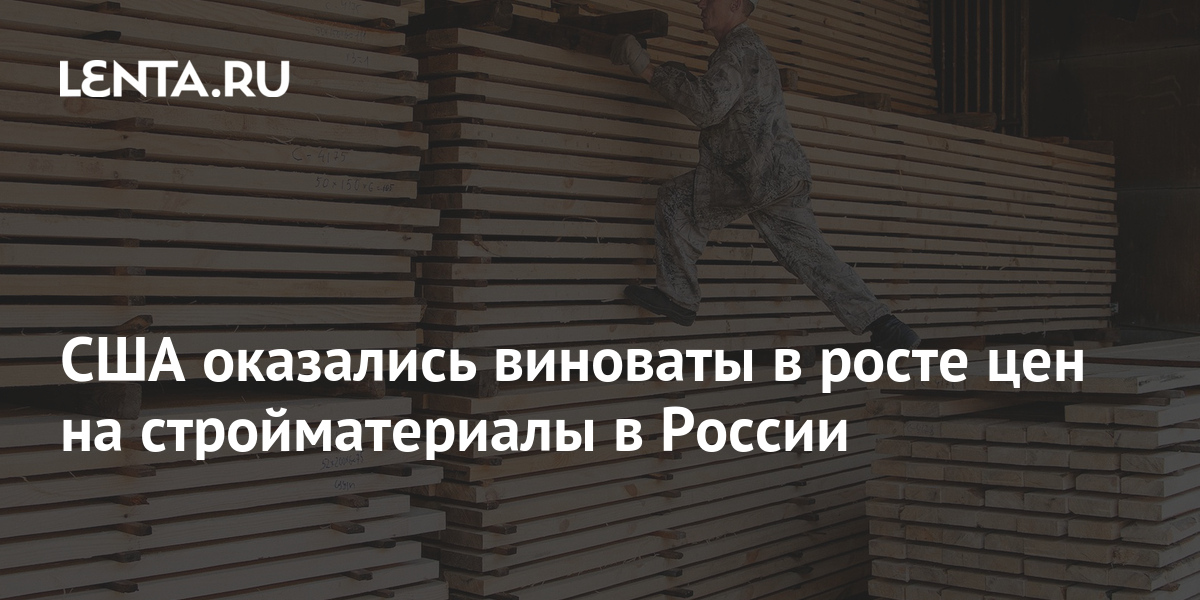 The head of the largest timber industry holding in the Far East RFP Group Konstantin Lashkevich in an interview with RBC explained the rise in prices for sawn timber in Russia for several reasons.

The main one, according to the businessman, was the decline in world supplies to China and Asia in general, which is to blame for the rise in the price of timber in the United States. Suppliers have reoriented themselves to the American market, and Chinese companies are forced to buy more expensive timber.

The deterioration of relations between China and Australia also affected, against the background of which the supply of sawn timber stopped. As a result, prices in Asia increased from $ 300 to $ 400 per cubic meter, and free volume from Russia goes there. According to Lashkevich, prices in the United States will fall, but this will not immediately affect the Russian market, since the dependence is not one hundred percent.

In June, the Association of Wooden Housing Construction reported that Russia faced an acute shortage of timber, in the order of 2-2.5 million cubic meters, which is 30-40 percent of annual consumption. Because of this, the cost of a wooden house has increased by 40 percent since October last year.

In the same interview, Lashkevich noted that the amount of high-quality timber suitable for processing is decreasing in the Far East. In his opinion, the permission to privatize forest lands can save the situation. In this case, the companies could engage in “intensive forestry”. Such a scheme operates in New Zealand, and in Russia, in its current form, there is no economic motivation to restore forests.