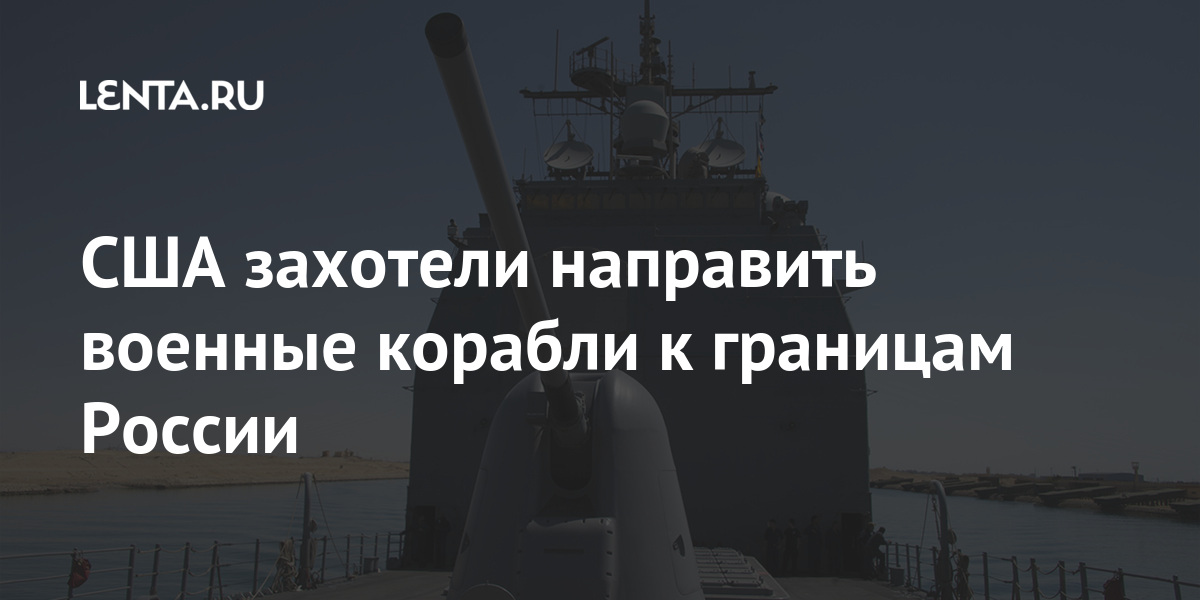 The United States wanted to send warships to the borders of Russia. Writes about this CNN, citing sources in the US Department of Defense.

The White House is considering sending forces to the Black Sea in the next few weeks to bolster Ukraine. Typically, the US Navy can operate in the Black Sea, sources say, but a full deployment should be a signal to Russia.

Washington undertakes to notify of its intention 14 days in advance. In accordance with the agreement of 1936, Turkey controls the straits for entering the sea. It is unclear if the States sent the notice.

The Defense Ministry spokesman also said that the United States continues to launch reconnaissance aircraft in international airspace over the Black Sea. Thus, the American side monitors the activities of the Russian Navy and the movements of its troops in the Crimea.

Earlier it was reported that a 10-day training camp for territorial defense began in the Kherson region. It is planned to deploy eight units of more than four thousand servicemen of the Armed Forces of Ukraine on the border with Crimea.

Another aggravation of the situation in Donbass began at the end of March. Ukraine and the self-proclaimed republics accuse each other of intensifying shelling, conducting reconnaissance activities and moving military equipment in the area of ​​the contact line. Against this background, the Ministry of Defense of Ukraine accused Russia of building up its military presence near the borders of the state. In response, the press secretary of the Russian president, Dmitry Peskov, said that Russian troops were stationed in those parts of the country where it was appropriate.

Coronavirus Mexico's corona statistics show an additional 100,000 deaths at once - The figures for many countries cannot be relied on, says THL's Salminen