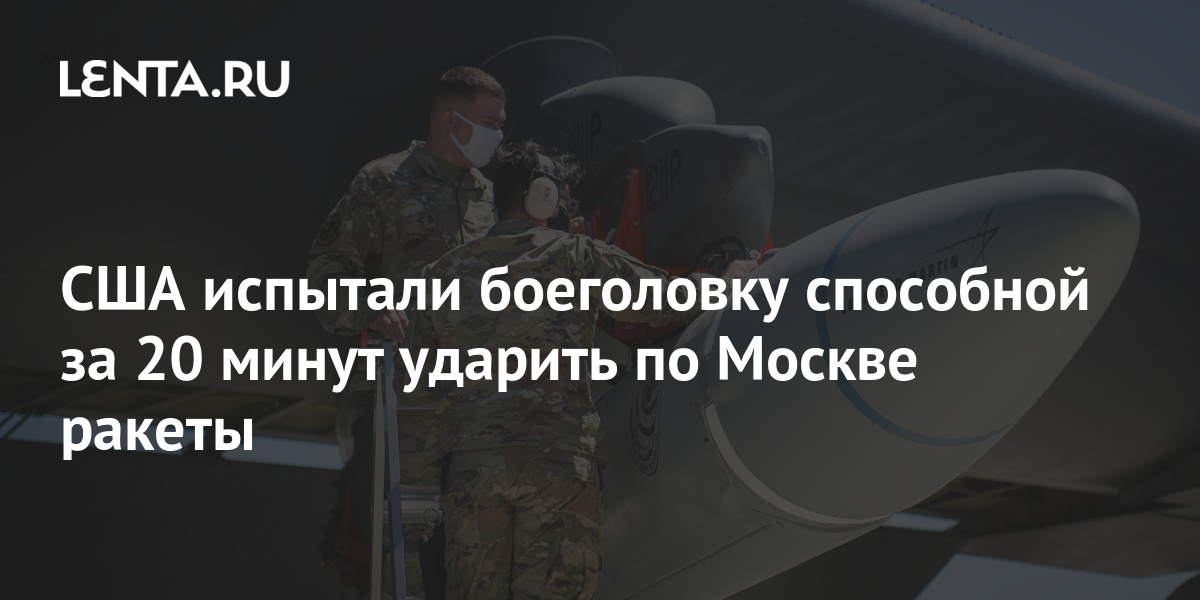 According to the publication, the tests took place at Eglin Air Force Base in Florida. During the tests, data were collected concerning, in particular, the strength of the explosion and the extent of the destruction it creates. Official details about the device of the warhead were not reported, but the publication admits that it is made using Lethality Enhanced Ordnance (LEO) technology, using the PBXN-110 explosive.

In March, the Daily Express tabloid wrote that the AGM-183A ARRW, launched, for example, from the US Air Force’s B-52H Stratofortress strategic bomber, could strike Moscow in less than 20 minutes and reach Beijing in half an hour.

The US Air Force is purchasing an analogue of the Su-57. He will be the most armed fighter in the world

In March of the same year, the American company Lockheed Martin showed an image of a promising “super-fast” (or hypersonic) missile system AGM-183A ARRW.

In June 2019, the B-52H Stratofortress made its maiden flight with the AGM-183A ARRW hypersonic aeroballistic missile.