The United States Stays at WHO and Will Fund Equitable Vaccination 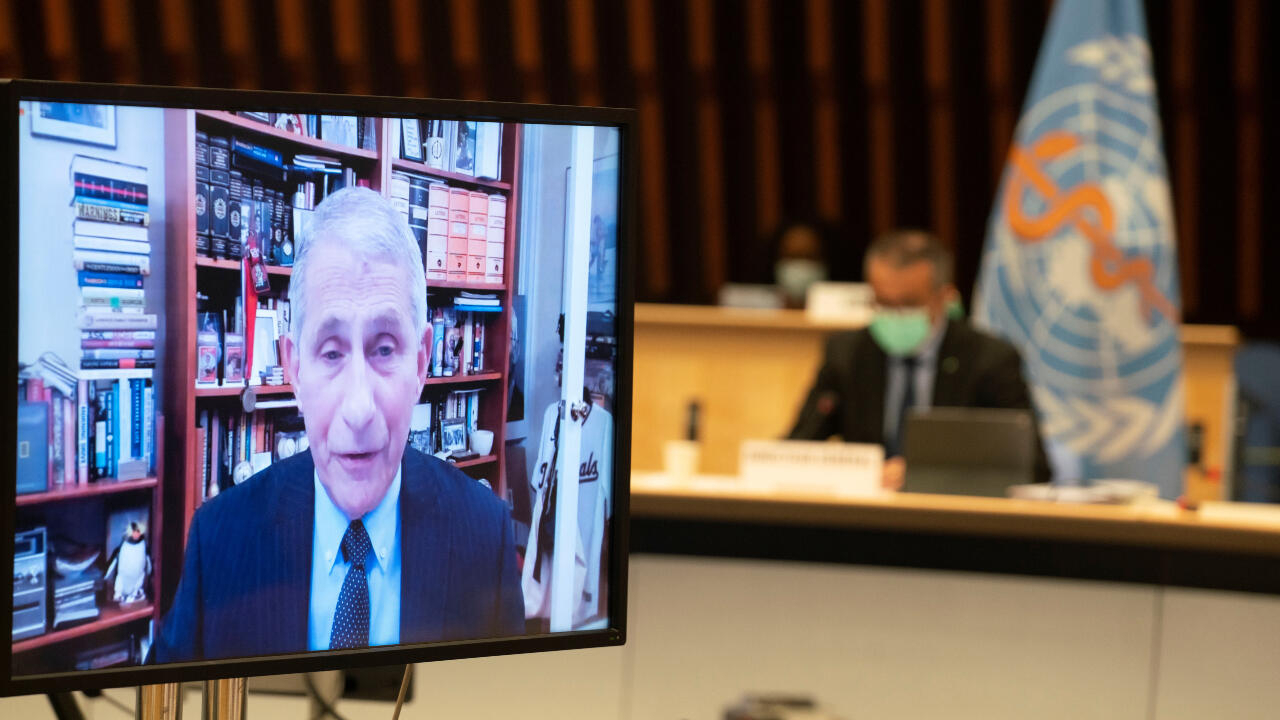 Anthony Fauci, the infectious diseases expert, confirmed that now the North American country will support the Covax and ACT Accelerator projects that work to reduce the effects of the pandemic in the world. With the announcement, the decisions of former President Donald Trump are reversed.

The initiative to distribute the Covid-19 vaccines equitably and ensure that they also reach the poorest places in the world today adds an important ally: the United States.

“President (Joe) Biden will issue a directive today (Thursday) that will include the United States’ intention to join Covax and support the ACT Accelerator to advance multilateral efforts for the distribution of Covid-19 vaccines, treatments and diagnostics, access equitable and research and development, ”said scientist Anthony Fauci, representative of the new Joe Biden Administration before the WHO Executive Committee.

One of the first to applaud the announcement was Tedros Adhanom Ghebreyesus, the director of the WHO. Through his Twitter account, he thanked the country for supporting these initiatives and added that everyone must “work together to ensure that all countries can vaccinate health workers and high-risk groups in the first 100 days of 2021.” .

Thank you my brother Tony for leading the 🇺🇸 delegation at # EB148 & my thanks to the 🇺🇸 Government for supporting the @ACTAccelerator & joining COVAX. We must work together to ensure all countries can vaccinate #healthworkers & high-risk groups in the first 100 days of 2021.

Fauci also ratified one of the most anticipated announcements of the new administration. The official confirmed that the North American country will continue to be a member of the WHO, will stop Trump’s intentions to withdraw from the entity since July 2021 and will also “comply with its financial obligations.”

Ghebreyesus responded that everyone is happy “that the United States remains in the family” of the 193 nations that support the international body. The WHO director also said that “the global role of the United States is very crucial” and that with Biden’s commitment they will now be “one step closer” to achieving the vaccination goal.

Indeed, the announcement is relevant because so far the Covax initiative does not have even half the funds it says it needs to guarantee at least 2 billion vaccines this year.

What is Covax and the ACT Accelerator?

During the first peak of the pandemic, in April 2020 the WHO led an alliance between dozens of governments, private entities and academics to work for the same purpose. What was called the ACT Accelerator seeks advances in Covid-19 testing, potential treatments, and vaccines against the outbreak.

For that last item, the Covax initiative was created. This collects donations and allocates them to an equitable distribution of doses against Covid-19. Ultimately, the intention is not to repeat stories such as that of HIV drugs, which due to their high cost it took more than seven years to reach poor countriesaccording to Peter Sands, executive director of the Global Fund to Fight AIDS, Tuberculosis and Malaria.

And the same goes for Covax. To meet its goal of 2 billion vaccines worldwide – particularly in low- and middle-income countries. The initiative requires an additional $ 4.6 billion to the nearly $ 2.4 billion it currently has.

United States, one of the powers that was absent

Against this background, the arrival of the United States may be a determining factor because this was the country that gave the most money to the WHO, at least until Trump announced that he was freezing funding to the organization.

In addition, Covax will now have another of the world powers as his ally, a task that has not been easy. Russia does not support the ACT Accelerator or its vaccine initiative and China has not donated to these efforts despite being one of the countries that pledged to Covax. While the United Kingdom, the European Union, Canada, Saudi Arabia and Japan have contributed most of the money, according to the accounts kept by WHO.

Although it is not yet known how much the United States could donate, its support for these initiatives marks the return of a policy allied with world organizations or the addition of the country “to international work for the pandemic”, in the words of Fauci.

The first Covax vaccines would arrive in February

With the money that Covax currently has, the initiative aims to distribute the vaccine from February, starting with the poorest countries that are considered in the project and then the richest since the second half of the year, as explained on Thursday by the GAVI alliance that co-leads the Covax project.

In Latin America and the Caribbean, within the 92 countries of the world eligible for being low and middle income there are Bolivia, El Salvador, Honduras, Nicaragua and Dominica. Although others, such as Colombia, already have agreements with Covax to purchase 20 million doses that could also arrive from February according to Gina Tambini, the PAHO representative in the country.

Ana and Fernando: the move is a matter of two

United States and Mexico: Biden wants to treat Mexico on an equal footing