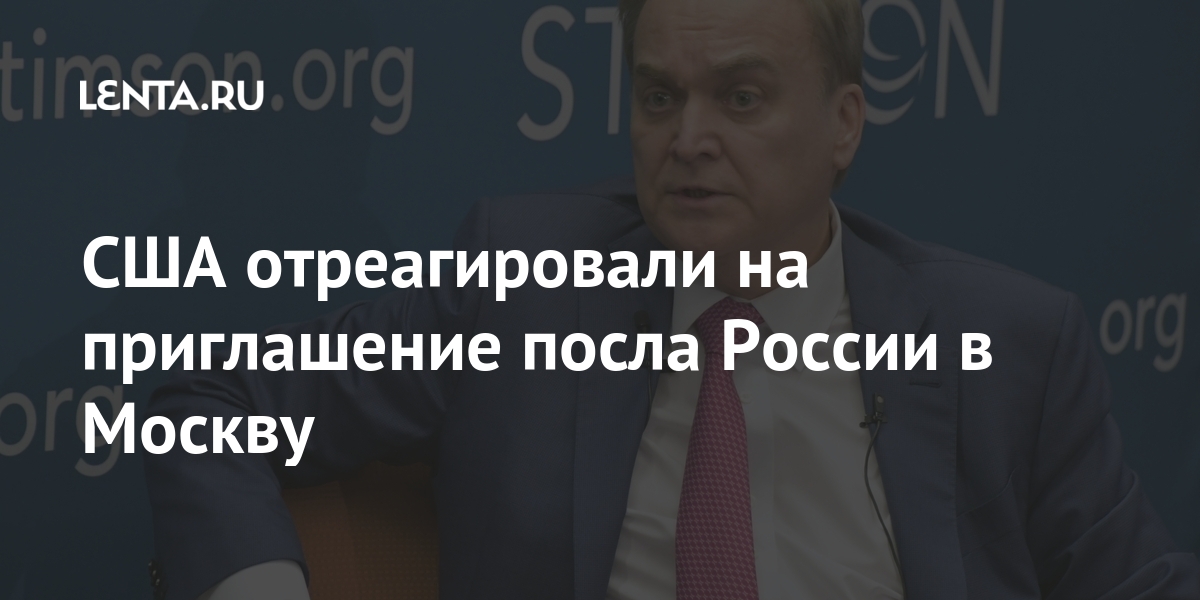 The United States responded to the invitation of Russian Ambassador Anatoly Antonov to Moscow for consultations. State Department spokeswoman Jalina Porter said Washington “is clearly aware of the conclusions that Russia is throwing,” writes RIA News…

She noted that the United States maintains relations with Russia where it is in their interests, but intends to hold Moscow accountable for alleged “malicious actions.”

When asked if Antonov had met with anyone in Joe Biden’s administration, she replied that she could not report any meetings.

Earlier, the official representative of the Ministry of Foreign Affairs Maria Zakharova said that Russian Ambassador to Washington Anatoly Antonov had been invited to Moscow for consultations. This decision was made in order to analyze the prospects for relations with Washington.

The Foreign Ministry announced this decision a few hours after US President Joe Biden recounted his conversation with Russian leader Vladimir Putin, during which, he said, he warned his colleague about the inevitability of punishment for meddling in American elections.

IN PICS: This is spring on Spain’s Costa del Sol where hailstorm turned a beach white – Olive Press News Spain