The United States recalled its position on Nord Stream 2 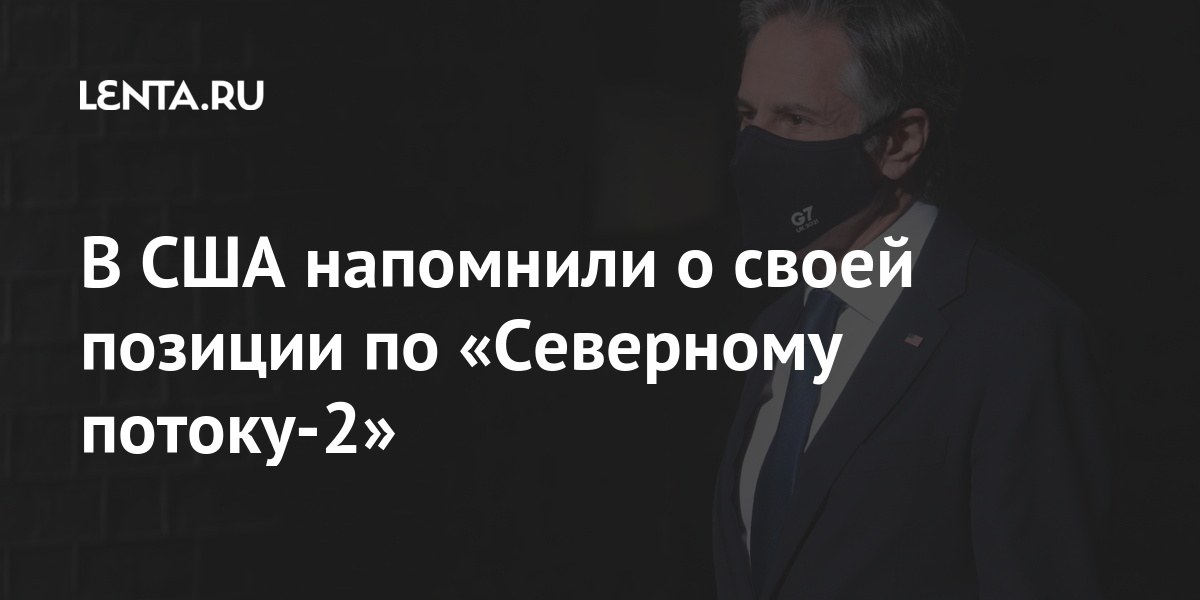 This position was announced by Blinken following the meeting of ministers in London. “The (US) administration is firmly opposed to the Nord Stream 2 pipeline,” US State Department spokesman Ned Price said in a statement.

In addition, Blinken and Maas stressed that transatlantic cooperation is essential in the face of destabilizing actions by Russia, China and Iran. Also, according to Price, support for Ukraine was discussed.

On May 1, it was reported that Blinken, at a meeting with the Maas, would call on Berlin to suspend the construction of the Nord Stream 2 gas pipeline. As Acting Assistant Secretary of State for European and Eurasian Affairs Philip Riker said, the pipeline “remains a problem.”

Initially, Nord Stream 2 was to be commissioned at the end of 2019. However, due to restrictions imposed by the United States, its participants began to withdraw from the project. The implementation timeline has been postponed many times and is not precisely defined at the moment. In late April, the Russian ship Akademik Chersky began laying pipes in Danish waters.

Alex Gibney: “The opiate epidemic is the consequence of a system failure and endemic corruption”

The demonstration against the Superliga forces the suspension of United-Liverpool